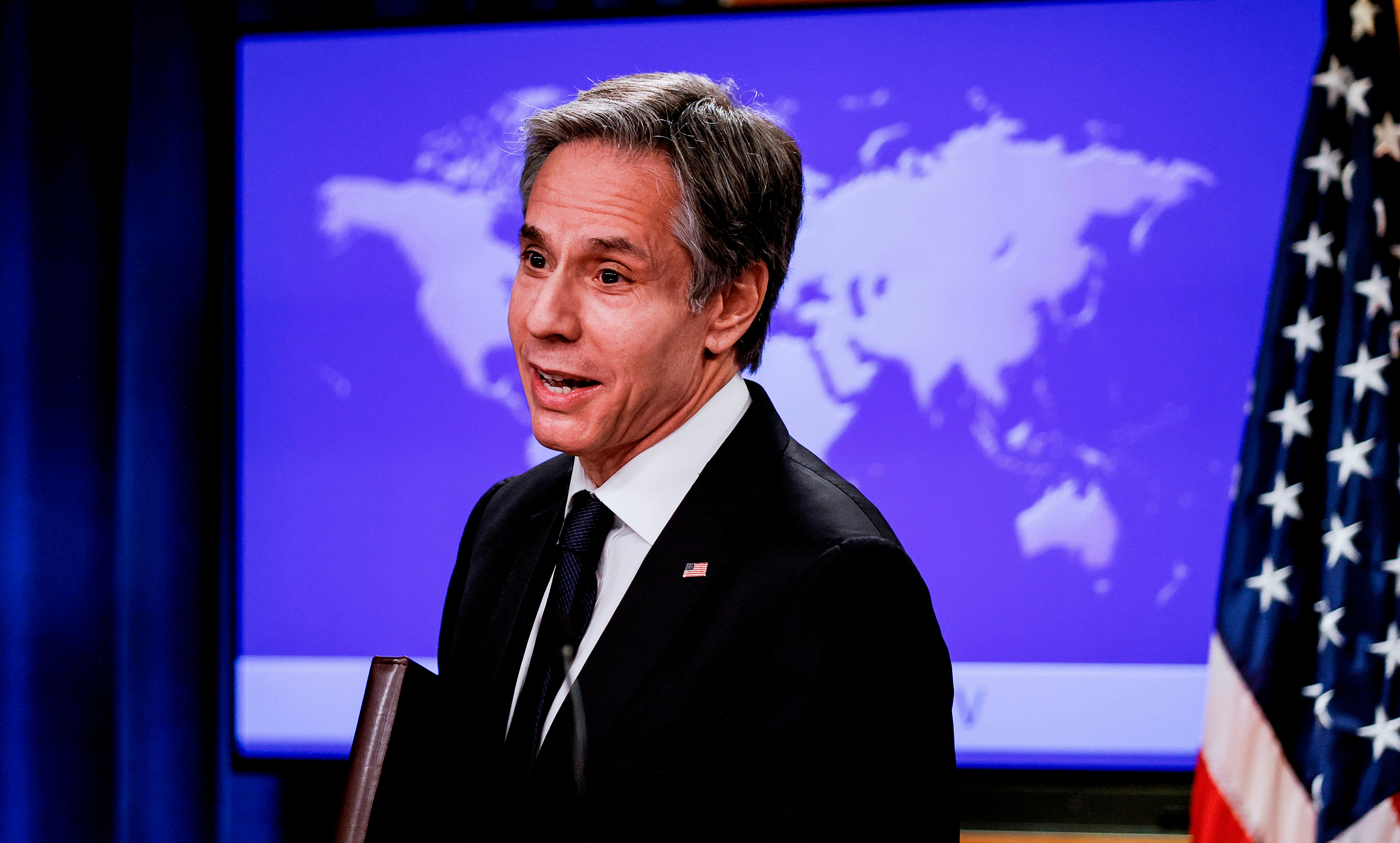 Newly confirmed secretary of state Antony Blinken told reporters at his first press conference that there is enthusiasm for the US to re-engage around the world based on his conversations with his counterparts.

“There’s a very, very strong desire for the United States to be back in the room, back at the table, working with them” said Mr Blinken in response to questions from the press at the State Department.

In his opening remarks he noted that he was once a journalist and so appreciated the work of those he now expects to keep Americans and the world informed of the department’s work, while also holding it to account.

He noted that “a free press is a cornerstone of our democracy, and this is an important moment for protecting and defending democracy, including right here at home”.

Asked about relations with Russia and the country’s jailed opposition leader Alexei Navalny, the secretary reiterated comments made during his Senate confirmation hearing: “It remains striking to me how concerned – and maybe even scared – the Russian government seems to be of one man.”

“We have a deep concern for Mr Navalny’s safety and security,” he said, referencing both his treatment while incarcerated, and the apparent use of a nerve agent in the attempt to assassinate him.

He added: “His voice is the voice of many, many Russians. It should be heard, not muzzled.”

Mr Blinken also said that he would be looking at both election interference and the SolarWinds hacking attack on the US that are widely acknowledged to have been perpetrated by Russia He will also investigate the reports that bounties had been placed on US soldiers in Afghanistan by Moscow.

On the topic of China, Mr Blinken described the relationship with the US as having adversarial, competitive and cooperative elements, but that one area he hopes to see cooperation in is the battle against climate change.

He reiterated that, in his judgement, “genocide was committed against the Uyghurs” in Xinjiang province.

In the Middle East, Mr Blinken touched on the Joint Comprehensive Plan of Action – the Iran nuclear deal – saying that in his view “Iran is out of compliance on a number of fronts”.

The new secretary is also looking at some of the final decisions of the outgoing Trump administration, including reexamining the designation of the Houthi rebels in Yemen as terrorists.

Mr Blinken says that he is “incredibly excited about the work ahead” and promised the press: “You can count on me, you can count on us to treat you with the immense respect you deserve. This is your press room.”

The secretary also announced that daily state department press briefings will begin next week, and “you’ll be seeing me with a little frequency too”.

World is hungry for U.S. leadership, Blinken says on first day as secretary of State

Feature: Zelda II: The Adventure Of Link Taught Me The Value Of Perseverance

A highly sensitive technique for measuring the state of a cytoskeleton

When Paris isn’t Paris, it must be imagined instead

Senate Agrees Trial Is Constitutional, as Trump Consolidates Votes for an Acquittal