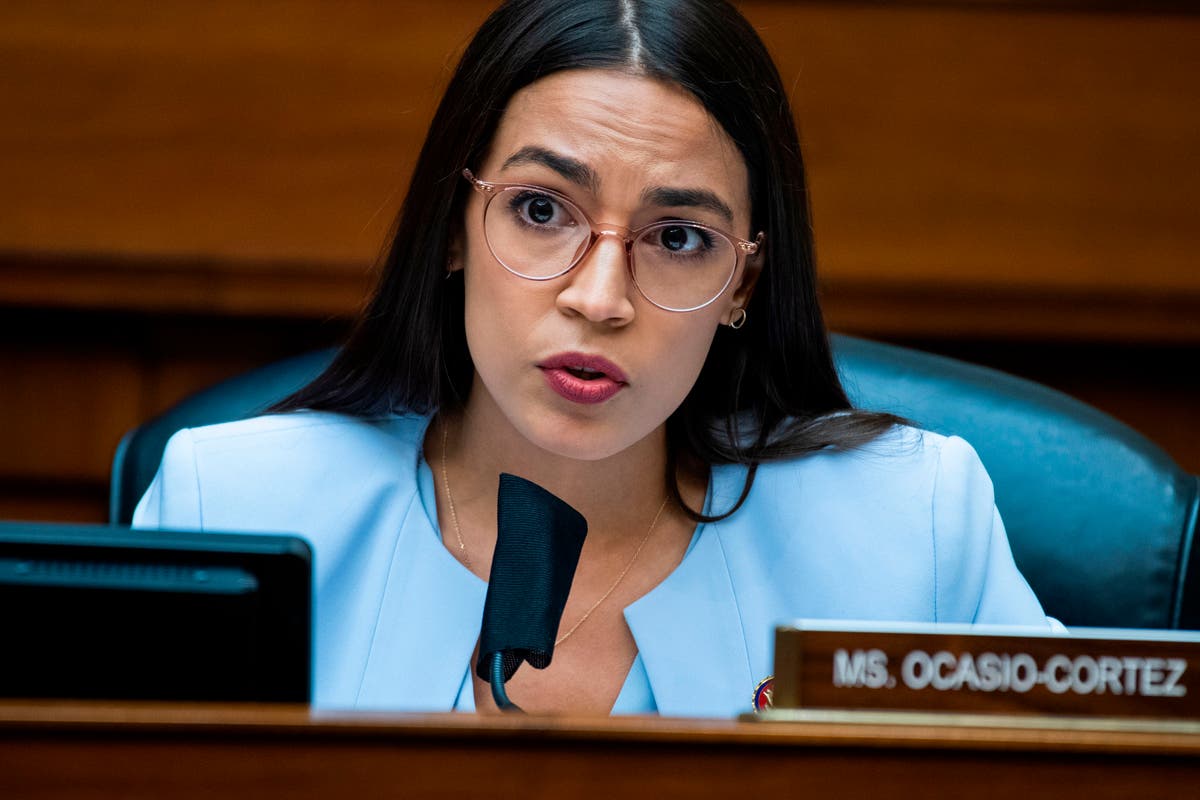 “I go offline a few days and return to a GOP Gov blaming policies he hasn’t even implemented for his own failures. Gov. Abbott doesn’t seem to have a grasp on his state, so here’s a reminder: Texas runs 80-90% on fossil fuels. The real ‘deadly deal’ is his failed leadership,” the Democratic representative from New York tweeted.

In a follow-up tweet, Ms Ocasio-Cortez said that Mr Abbott “needs to get off TV pointing fingers and start helping people”.

She then suggested: “After that, he needs to read a book on his own state’s energy supply.”

The governor referred to the Green New Deal, a set of policy proposals intended to help tackle the climate crisis that has not become law, nor been implemented, as a “deadly deal” during an appearance on Fox News.

At the peak, 4 million people lost power in Texas as Winter Storm Uri hit the state bringing snow and record low temperatures. As many as thirty people are believed to have died.

“This shows how the Green New Deal would be a deadly deal for the United States of America,” Mr Abbott told Sean Hannity. “Our wind and our solar got shut down, and they were collectively more than 10 percent of our power grid, and that thrust Texas into a situation where it was lacking power on a statewide basis.”

He added that the current crisis “shows that fossil fuel is necessary”.

Despite Mr Abbot blaming renewable sources of energy for the outages, the operator of the state power grid, Electric Reliability Council of Texas (ERCOT), says that much of the power generation that went offline was due to issues with the natural gas system.

ERCOT reports that 16 gigawatts of renewable energy generation were offline, according to the Texas Tribune, and 30 gigawatts were lost from fossil fuel and nuclear power sources. The biggest issue appears to be a failure to weatherproof systems to withstand extreme cold.

“The infrastructure failures in Texas are quite literally what happens when you *don’t* pursue a Green New Deal,” Ms Ocasio-Cortez argues saying that the policy proposals she so passionately pursues include preparing for such disasters.

“Weak on sweeping next-gen public infrastructure investments, little focus on equity so communities are left behind, climate deniers in leadership so they don’t long prep for disaster,” the New York lawmaker said. “We need to help people *now.* Long-term we must realise these are the consequences of inaction.”

Other Democrats similarly called out the governor, including former presidential candidate Beto O’Rourke who likened Texas to a “failed state”.

Former congresswoman Katie Hill noted on Twitter: “Very on-brand for republicans to blame power outages in a state that they run entirely on the Green New Deal proposed by democrats that hasn’t even been voted on yet let alone taken effect.”

On Wednesday afternoon Ms Ocasio-Cortez tweeted further: “Republicans could trip over their own shoelaces and they’d still find a way to blame me, immigrants, LGBTQ+ people, the Green New Deal, BLM, anything but accept responsibility for their own actions and dealings.”

She added: “Ineptitude, bigotry, and corruption. Disasters in their own right.”

After the FedEx shooting, Sikhs in Indianapolis feel targeted

Learn How To Become The Medium In New Gameplay Trailer

NFTs and the mob: When gangsters enter, is it time to leave?