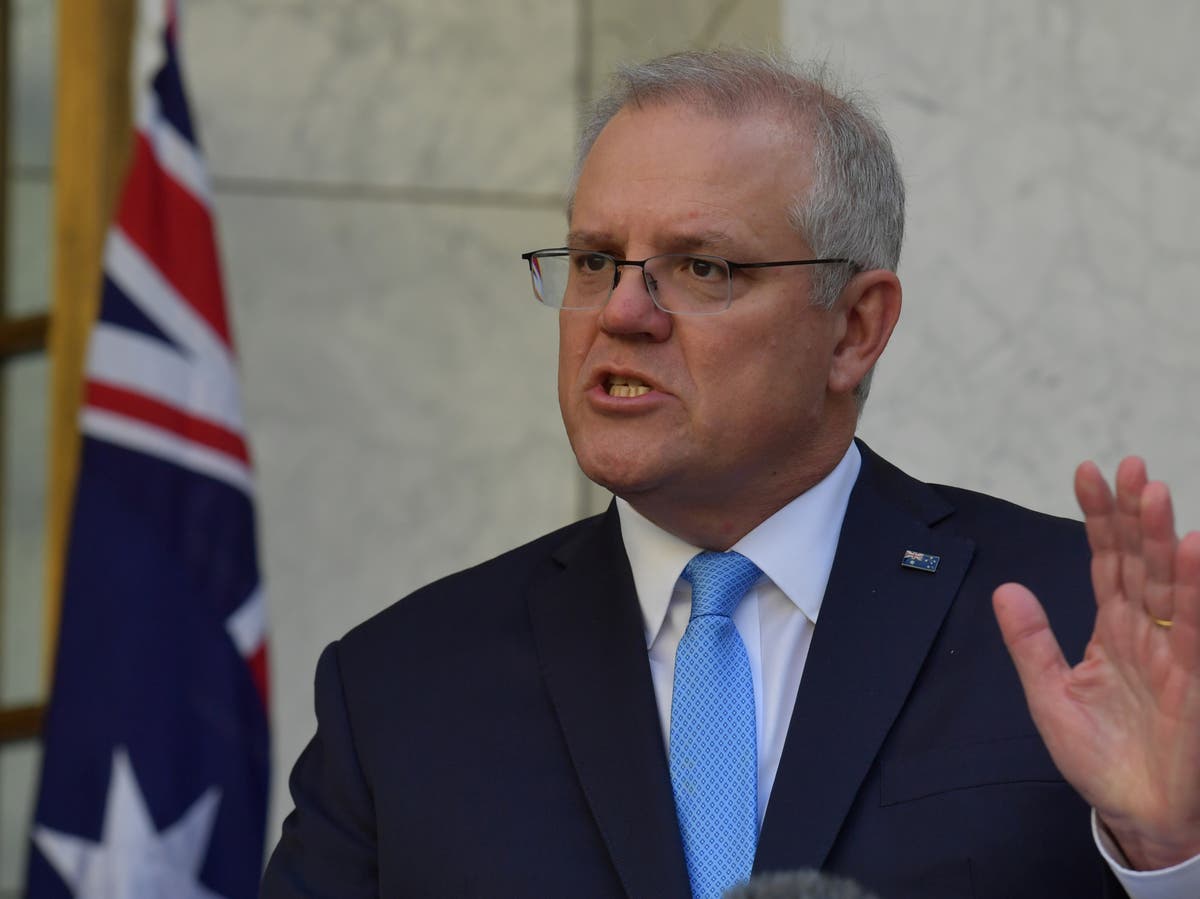 Australian prime minister Scott Morrison has lashed out at Facebook for trying to “unfriend” his country with an unexpected ban on news.

The US tech giant blocked users in Australia from sharing news on its platform in a stunning act of retaliation against government moves to make the firm pay for Australian journalism.

Mr Morrison said his government would not “intimidated” into changing its stance in the legislative dispute over content.

“Facebook’s actions to unfriend Australia today, cutting off essential information services on health and emergency services, were as arrogant as they were disappointing,” said the prime minister.

The PM’s statement, posted on his own Facebook page, added: “We will not be intimidated by big tech seeking to pressure our parliament.”

Early on Thursday morning Australian news organisations discovered they could not post stories. Australian Facebook users who tried to share existing news stories received notifications saying they were blocked from doing so.

Australian ministers immediately condemned the decision, which also prevented the sharing of some government communications – including messages about emergency services – as well as some commercial pages.

Mr Morrison said the company’s actions “will only confirm the concerns that an increasing number of countries are expressing about the behaviour of big tech companies who think they are bigger than governments”.

The prime minister added: “They may be changing the world, but that doesn’t mean they run it.”

Australian health minster Greg Hunt told parliament it was “an assault on a sovereign nation”, adding: “it’s an utter abuse of big technologies’ market power and control over technology.”

Both Facebook and Google have threatened retaliation if Australia created a new law aimed at ensuring media businesses receive fair payment for their journalism being linked on those platforms.

The digital giants would not be allowed to abuse their dominant negotiating positions by making take-it-or-leave-it payment offers to news businesses, under the proposals. If a news business refused to budge, an arbitration panel would make a binding decision on a winning offer.

Facebook said the proposed Australian law “fundamentally misunderstands the relationship between our platform and publishers who use it”.

However, the company’s move to block content in Australia received international condemnation. The head of the UK’s news media trade group said it shows why countries around the world need robust regulation to stop tech giants behaving like a “school yard bully”.

Henry Faure Walker said Facebook’s ban was “a classic example of a monopoly power being the school yard bully, trying to protect its dominant position with scant regard for the citizens and customers it supposedly serves”.

Guinea baboons grunt with an accent

The cousin of a lawyer who helped defend Trump in his first impeachment is hired for the trial.

Superheroes and an Indoor Fund-Raiser: 5 Takeaways From the Mayor’s Race