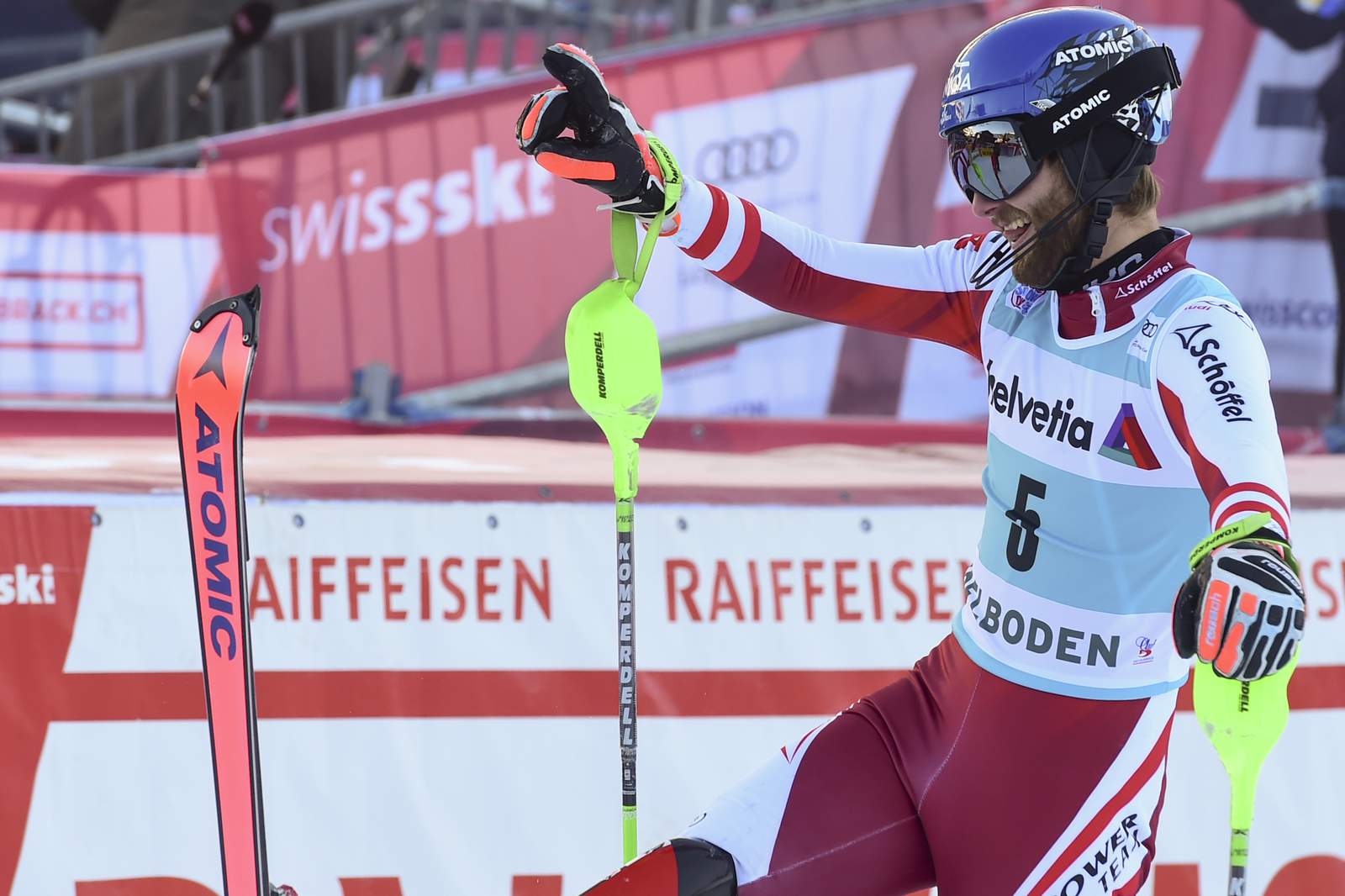 Schwarz rose from fourth place after the first run to race though fast-fading light in the afternoon and finish 0.14 seconds ahead of Linus Strasser of Germany.

The powerful Austrian team had just a single top-10 placing to show from giant slaloms on the previous two days at the storied Adelboden hill cherished by its neighbor Switzerland.

Dave Ryding was third, trailing Schwarz by 0.15, to give the British racer his third career podium and best result in traditional slalom for four years.

First-run leader Clément Noël had a difficult ride down the steep final slope and dropped to eight place, 0.38 back.

Adelboden is typically tough on first-leg leaders because the sunshine quickly disappears behind the mountains before they start their second run around 2 p.m.

Strasser was 12th fastest in the morning and Ryding was eight, giving both a little more sunshine to light their second run down the hill.

Schwarz had been third in the previous slalom, on Wednesday at Zagreb, Croatia, when Strasser got his first World Cup win in the discipline.

This was a third World Cup win for Schwarz, who took a bronze medal in slalom at the 2019 world championships.

He took a small lead in the slalom standings from teammate Manuel Feller, who did not complete his first run.

Alexis Pinturault placed 17th and extended his lead in the overall standings. The Frenchman won the giant slaloms on Friday and Saturday.

Overlooked No More: Dedé Mirabal, Who Carried the Torch of Her Slain Sisters