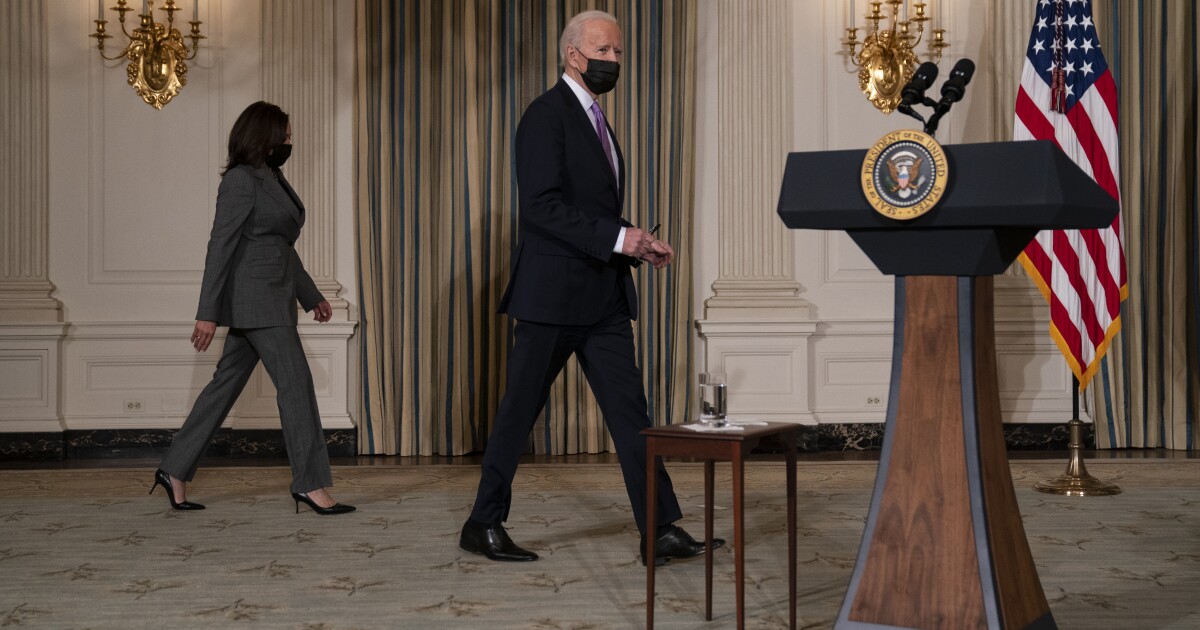 The officials spoke on the condition of anonymity before President Biden formally unveils the initiative on Tuesday afternoon at the White House. Under the plan, 10 million doses would be distributed each week for the next three weeks, up from the current 8.6 million.

Biden also plans to announce the purchase of an additional 200 million vaccine doses to be delivered this summer, bringing the total purchased to 600 million. Half would be from Pfizer and the other half from Moderna. Because each vaccination requires two doses to be fully effective, the additional supply would be enough to inoculate 300 million Americans.

“You’ve heard the president say we are taking this on as a wartime undertaking,” said a senior administration official. “We’re leaving no stone unturned as we work as quickly as we can.”

Insufficient vaccine supplies are not the only challenge, however. Some states have struggled to quickly administer doses that they’ve already acquired, leaving people frustrated and confused.

“We are trying to reset and be partners here in a more effective way than we’ve seen over the past 10 months,” said Jen Psaki, the White House press secretary.

She acknowledged that there will be more challenges ahead. “This is going to be hard,” Psaki said. “We’re not going to sugarcoat that.”