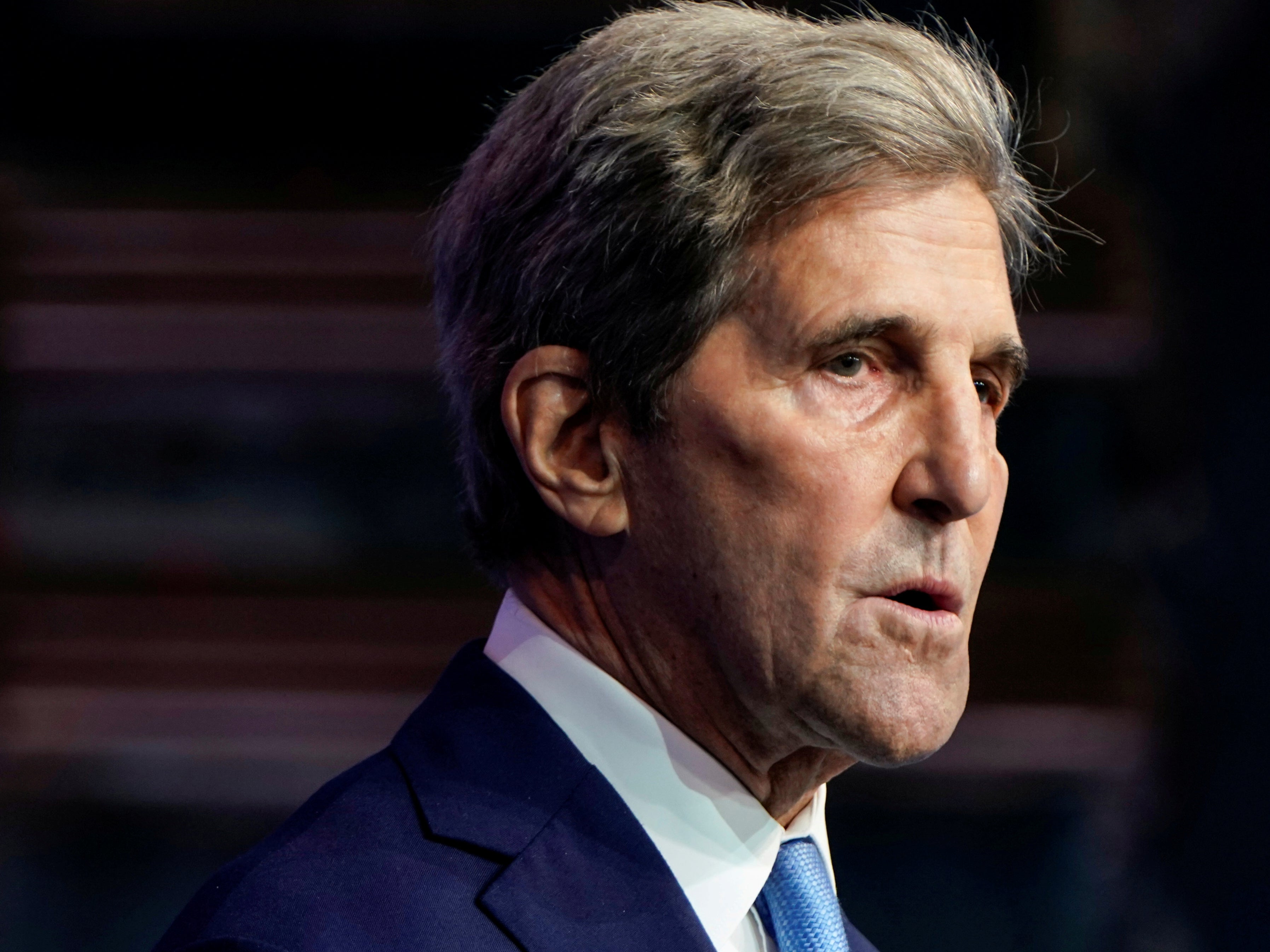 During a press conference on Wednesday, Mr Kerry said workers had been mislead by former President Donald Trump about the impact clean climate policy would have on their jobs.

He was asked about his message to oil/gas workers who feel threatened by calls to phase-out industry and boost clean energy jobs.

“Unfortunately, workers have been fed a false narrative, no surprise, for the last four years [on clean energy infrastructure],” Mr Kerry said. “They’ve been told that somehow dealing with climate is coming at their expense. No, it’s not.”

Mr Kerry has been critical of America’s role in the global fight against climate change under the Trump administration. He told reporters that Mr Trump’s actions were “reckless” on the same day that Mr Biden rejoined the Paris Climate Accords.

“We know with pain and some embarrassment that, for the last four years, the leader of our country chose to pull out of the agreement and, frankly, engage in reckless behaviour, with respect to the future of people all over the world,” Mr Kerry said.

While Mr Biden’s plan does include a focus on decreasing reliance on “dirty” energy, it also includes job-creation programmes aimed at increasing opportunities for work in the clean energy industry.

Mr Biden will sign an executive order creating a White House interagency council that – according to Mr Kerry – will include every executive branch agency to focus on climate issues.

The president’s climate plan will also call on White House agencies to invest in minority and low-income communities that have long shouldered the burden of pollution. In total, 40 per cent of the government’s sustainability investments will be directed to those communities.

At the same time as Mr Kerry was speaking to the press, Mr Biden’s nominee for energy secretary, Jennifer Granholm, faced questions from the Senate about the impact the president’s climate policies would have on jobs.

Ms Granholm admitted that some jobs might be lost, but expressed confidence that the growth in clean energy sectors would outweigh those lost due to the policy.

“I think the president’s plan of building back better … would create more jobs in energy, clean energy, than the jobs that might be sacrificed,” she said. “But I will say this, no job – we don’t want to see any jobs sacrificed,”

Scott Pilgrim vs The World: The Game – Complete Edition Has Physical Copies On The Way