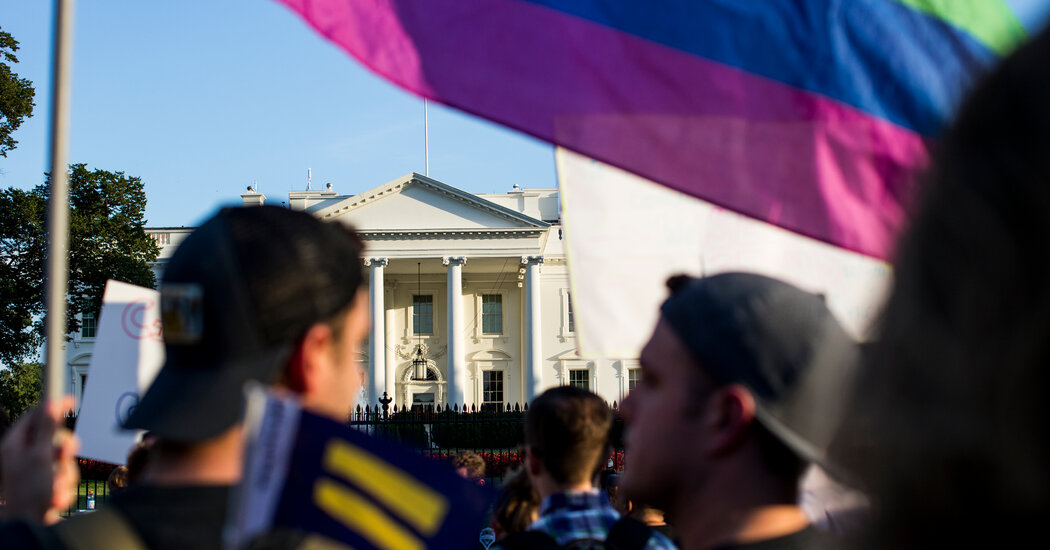 President Biden reversed his predecessor’s ban on transgender troops serving in the military, administration officials announced Monday, moving forcefully into a social issue that has tangled the Pentagon over the past five years.

The White House announced the move as Mr. Biden met in the Oval Office with Defense Secretary Lloyd J. Austin III and General Mark A. Milley, the chairman of the Joint Chiefs of Staff.

The move was expected, as Mr. Biden indicated in November that he would work to restore Obama-era protections for transgender people, which were reversed by former President Donald J. Trump.

But the swiftness signaled a willingness by the new Biden administration to put its own stamp on Defense Department social issues. It follows an announcement from Mr. Austin on Saturday that he was ordering up a review of how the Pentagon has been handling sexual assault issues.

Mr. Biden and the Defense Department leadership will also have to wrestle with a reckoning on race that is facing the Pentagon, where officials have had to confront a stark fact: close to one in five of the protesters who have been arrested for breaching the Capitol on Jan. 6 — many of them with links to white supremacist organizations — have ties to the American military.

On the transgender issue, advocacy groups that have been fighting the ban since it was announced three years ago — in a tweet from Mr. Trump — have argued that the Pentagon does not need to spend months studying how to allow transgender people to serve because it had already done so. One such group, the Palm Center, said in a policy memo last summer that the military could reopen to transgender people rapidly if ordered to do so.

“A big ship can take time to turn around, so often the Pentagon needs to study policy changes and move cautiously,” Aaron Belkin, the director of the Palm Center, said last July in an interview. “But this is the rare case where, since the military left inclusive policy for already-serving transgender personnel in place even as it implemented its ban, the switch is just waiting to be flipped.”

The Trump ban had essentially ended an Obama administration initiative to allow transgender troops to serve openly in the military.

John Kerry criticises Trump for pulling out of Paris accord ‘without any facts, without any science’

Janet Yellen Is Sworn In as Treasury Secretary

Soapbox: I Never Completed Breath Of The Wild, And I Never Will