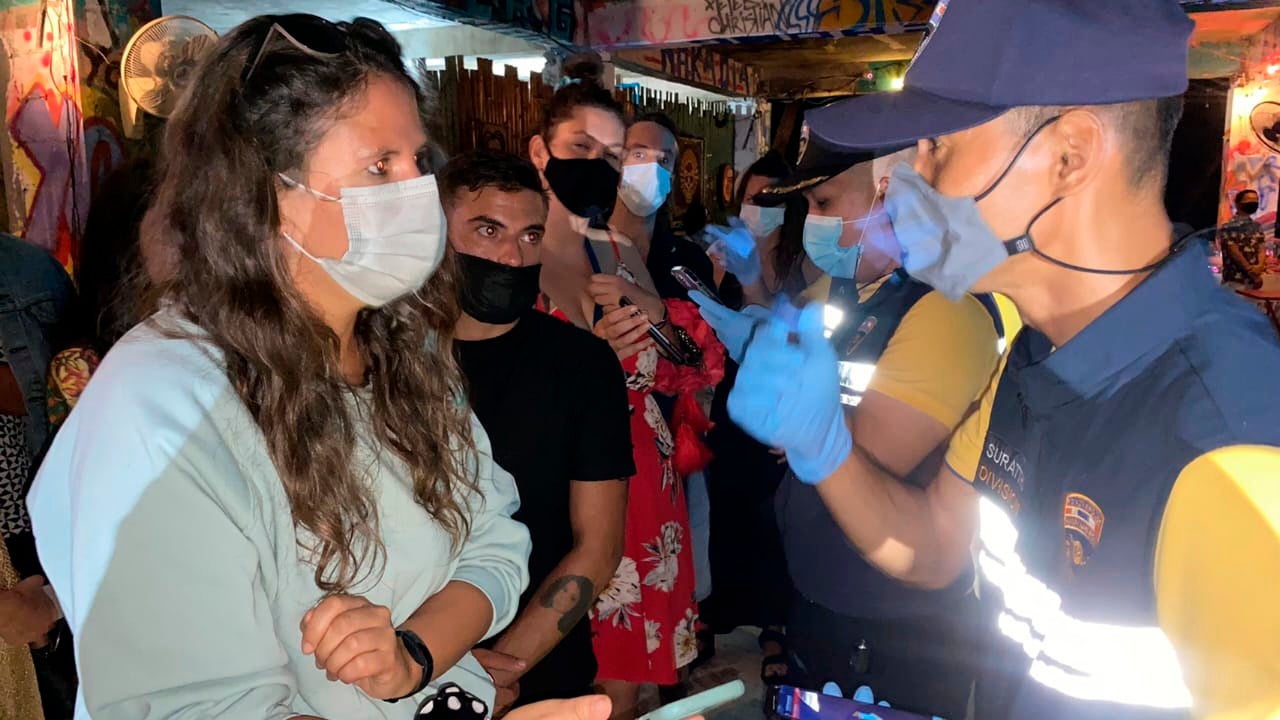 Police have arrested 89 foreigners, including a number of Britons, for violating coronavirus regulations after officers raided a party at a bar on a popular resort island in southern Thailand, officials have said.

Colonel Suparerk Pankosol, superintendent of the provincial immigration office, said the gathering was illegal under a national state of emergency declared last March in response to the pandemic.

He added that those arrested on Tuesday at the Three Sixty Bar on Koh Phangan were from more than 10 countries, including the US, Switzerland, Denmark, and the UK, while the raid also led to the arrests of 22 Thai nationals, including one identified as the bar’s owner.

Thailand has barred virtually all tourists from entering the country since last April to control the spread of Covid-19.

There have been just 29 confirmed cases of Covid-19 in Surat Thani out of a national total of 15,465, with 11 of those cases found in the last month amid a resurgence of the virus in the country.

Mr Suparerk said those who had been arrested were being held at the Koh Phangan police station, where investigators were preparing documents to charge them.

He added that police had tracked the party on social media, where the bar had promoted the event to celebrate its fifth anniversary with entry tickets set at 100 baht (approximately £2.50).

On Wednesday, Thailand’s prime minister announced that the government was planning to vaccinate 19 million people against Covid-19 in the first phase of its mass inoculation campaign, starting on 14 February.

He added that the first phase would prioritise people aged over 60, those with underlying conditions, healthcare professionals and government workers involved in managing the pandemic.

‘A mass fatality event’: California struggles with backlog of bodies of COVID-19 victims

How To Make A New Year’s Resolution