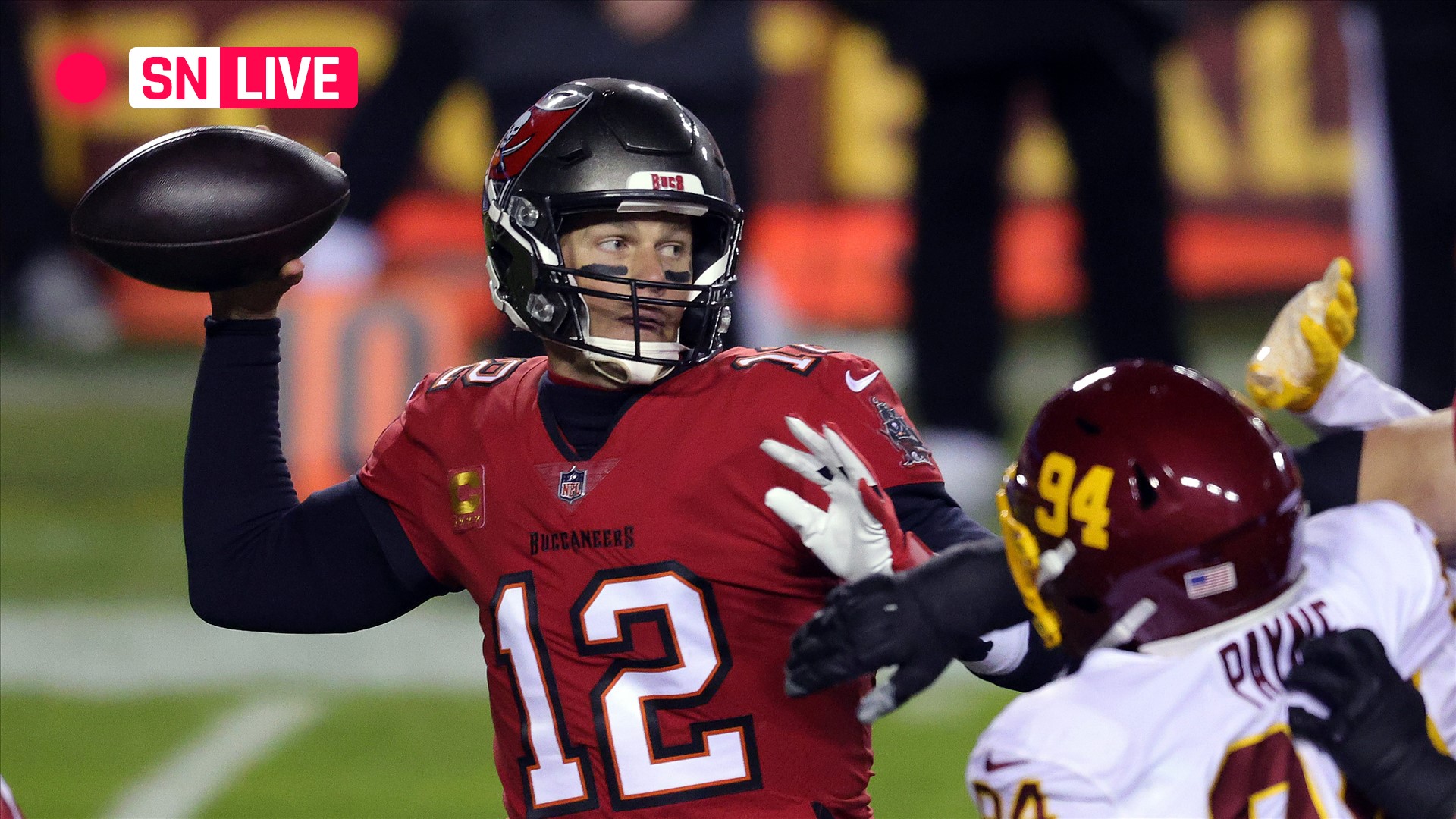 Taylor Heinicke filled in spectacularly at quarterback for the Washington Football Team in Saturday’s NFC wild-card matchup with the Buccaneers, starting on short notice with Alex Smith ruled out because of a calf injury.

Tampa Bay escaped with a 31-23 win, but he left the field as the primary talking point.

Heinicke had thrown just 77 career NFL passes entering the contest. He opposed perhaps the greatest passer of all time in Tom Brady. He stayed sharp, though, throwing for 306 yards and accounting for two total touchdowns. He had a chance to lead the type of late game-tying drive Brady is famous for but couldn’t complete a fourth-and-21 heave intended for tight end Logan Thomas.

MORE: Who is Taylor Heinicke?

The Buccaneers likely expected an easier outcome given Washington’s 7-9 regular-season record and uncertainty under center. Still, a winning performance in Brady’s first playoff appearance since leaving New England is cause for celebration, particularly when Tampa Bay hadn’t won a postseason contest since 2002.

Brady completed 22 of 40 passes for 381 yards, with two touchdowns and no interceptions. Running back Leonard Fournette, taking on an increased role following an injury to Ronald Jones Jr., added a score on the ground.

11:32 p.m. Heinicke evades pressure and targets Thomas with a jump ball throw, but it’s batted away. That’s game over, as the Buccaneers can kneel now.

11:06 p.m.: Diversion! Heinicke comes in after all. It had looked as if he would remain on the bench.

11:02 p.m.: TOUCHDOWN, Buccaneers. Fournette gives his team breathing room. Heinicke, meanwhile, will be sidelined the next drive for Washington after taking a hit on his previous possession. 28-16, Tampa Bay.

10:47 p.m.: FIELD GOAL, Buccaneers. That’s the first points of the half for an offense that had looked fairly comfortable earlier. 21-16, Tampa Bay.

Taylor Heinicke reached a top speed of 19.29 MPH on this 8-yard TD run, traveling 39.1 yards from snap to the moment he crossed the pylon.

Heinicke is responsible for the two fastest speeds by a ball carrier in tonight’s game (19.29 & 19.25 MPH).#TBvsWAS | Powered by @awscloud pic.twitter.com/dTT5ClukWf

10:32 p.m.: A surprise scramble from Heinicke and personal foul against the Buccaneers puts Washington in the red zone.

10:20 p.m.: A long third-down scramble from Heinicke is negated by a holding call. He throws a check down pass on the next play, and Washington is forced to kick the ball deep.

10:01 p.m.: Washington starts the third quarter with the ball.

9:48 p.m.: Washington goes nowhere on first down and changes to a conservative approach, letting the rest of the clock run out.

9:45 p.m.: Sweat sacks Brady to force fourth down. Washington calls timeout with 42 seconds left in hopes of putting together a quick scoring drive.

9:44 p.m.: A pass deflected off Godwin’s hands is nearly intercepted.

9:43 p.m.: Washington punts with 1:22 remaining in the half. There’s ample time for Brady to drive for a killer blow here.

9:17 p.m.: Antonio Gibson finally finds room on the ground, picking up 12 yards and a first down. Washington is averaging just 3.4 yards per carry.

9:10 p.m.: TOUCHDOWN, Buccaneers. Brady drives down the field with ease and finds Godwin for the TD. Two-point attempt is no good. 15-7, Tampa Bay.

9 p.m.: Heinicke has Washington in the red zone.

8:55 p.m.: Washington isn’t limiting the playbook for Heinicke. If anything, he’s throwing deep more often than Alex Smith had been late in the year. With the Buccaneers bringing constant blitzes, there is room to find receivers in the secondary if he makes correct reads.

8:48 p.m.: TOUCHDOWN, Buccaneers. Brady and Antonio Brown have the first NFC playoff touchdowns of their careers. Extra-point is no good. 9-0, Tampa Bay.

8:42 p.m.: Interception. Heinicke’s pass is tipped at the line and picked by Sean Murphy-Bunting.

8:28 p.m.: Cam Sims doesn’t help out Taylor Heinicke there, dropping a long pass over the middle that could have allowed his quarterback to settle in had it been caught. Washington punts.

8:21 p.m.: FIELD GOAL, Buccaneers. Washington finally applies pressure to Brady, and its rush on third down puts the quarterback on the turf as his pass attempt flies incomplete through the back of the end zone. The Buccaneers settle for a short kick. 3-0, Tampa Bay.

8:19 p.m.: Tampa Bay is past midfield in the blink of an eye. A completion from Tom Brady to Chris Godwin puts the Buccaneers on the 17.

This kickoff time is the same as the usual Monday night kickoff time during the regular season. Washington is coming off a Sunday night game in Week 17, which will have its body clocks lined up to start at this time again in the first round of the playoffs.

Buccaneers vs. Washington marks the third of three wild-card games on the opening Saturday of the playoffs, with three more scheduled for Sunday.

Fact Check: What We Do And Don’t Know About The Pfizer Vaccine Deaths in Norway