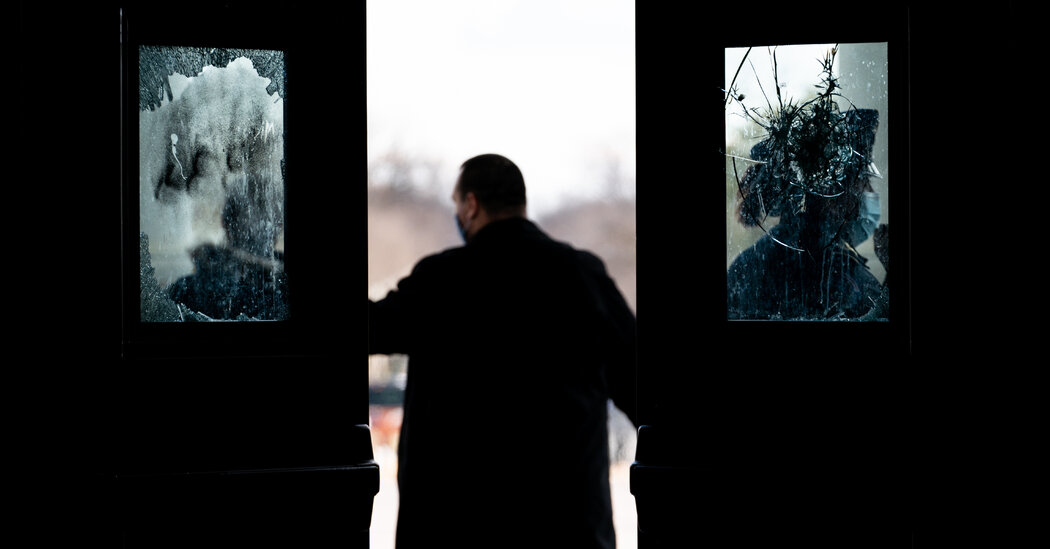 In testimony prepared for her video appearance before the House Appropriations Committee, Chief Pittman also suggested that officers were underequipped for the violence they faced and did not have easy access to the additional supplies of chemical sprays and other substances they needed to disperse the crowd. “Instead, the department had to send in personnel to reload our officers,” she said.

Communications also faltered, she said, with some officers unable to hear on their radios over the din of the crowd. “Without a clear line of communication, officers were operating with limited information about what was occurring and with little instruction from leadership,” she said.

Among the biggest problems, she suggested, was a delayed response to a plea from her predecessor, Steven Sund, who was chief on the day of the attack and resigned in its aftermath, for the deployment of National Guard troops to help.

Two days before the attack, Chief Sund asked that the Capitol Police Board declare a state of emergency and authorize a request to secure National Guard support. The board denied the request, according to Chief Pittman’s testimony, but encouraged Chief Sund to contact the National Guard to determine how many members could be sent to the Capitol on short notice, which he did.

As the crowd became an increasing threat to the Capitol on Jan. 6, Chief Sund asked for more help from federal agencies and law enforcement agencies in the area. “He also lobbied the board for authorization to bring in the National Guard, but he was not granted authorization for over an hour,” Chief Pittman said.

According to a timeline the Defense Department provided to the committee, Mayor Muriel E. Bowser sought help from the Army at 1:34 p.m., and Chief Sund called for the D.C. National Guard at 1:49 p.m. But the Army did not approve deploying the Guard until 3 p.m. and its members did not arrive at the Capitol to help until 5:40 p.m., more than four hours after Ms. Bowser’s plea.

Two of the members of the Capitol Police Board at the time of the attack have already resigned: Paul D. Irving, the House sergeant-at-arms, and Michael C. Stenger, the Senate sergeant-at-arms. The third member, J. Brett Blanton, the architect of the Capitol, is still on the board. Mr. Blanton said in a statement that he was not included in any discussions about deploying the National Guard.

Google Translate: How does the multilingual interpreter actually work?

The claims against Cuomo: A look at the women’s allegations

The Pokémon And Stardew Valley Hybrid Monster Harvest Has Been Delayed