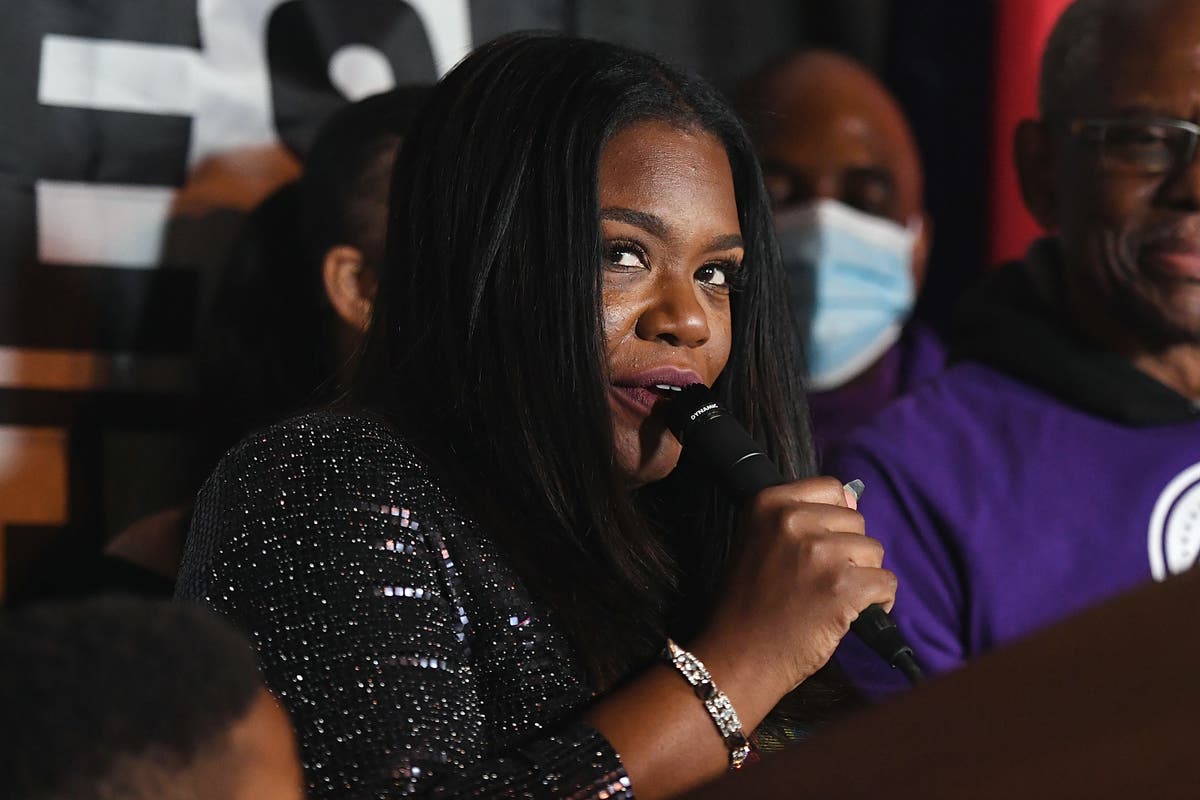 Representative Cori Bush called for utilities and other basic services to be transformed into “public goods” on Wednesday, as Texas continues to struggle with a winter storm that has left millions without electricity.

“I’ve had to make decisions about keeping food on the table or paying the electric bill. So many families are having to decide about whether to go hungry or without heat,” The first-term Democratic lawmaker from Missouri tweeted. “Corporations shouldn’t be allowed to profit off our suffering. Utilities need to be public goods.”

Ms Bush followed that post with one listing healthcare, housing, food, clean water, electricity, and internet access, as necessities that “must be guaranteed to all”.

Winter storm Uri has created chaos across the state of Texas and across the lower Mississippi valley, with rolling outages in some areas and total power cuts in others. Approximately 3.4 million customers are still without electricity in a region that is unaccustomed to such cold weather.

A second storm front is bearing down on the affected area and more than 100 million people are currently covered by some level of official warning about winter weather. More than 20 people have died due to the storm.

The power crisis has revealed deep-rooted problems with electricity infrastructure and, specific to Texas, a statewide market that puts revenue ahead of a robust distribution network.

The Electric Reliability Council of Texas (ERCOT) is responsible for operating the power grid across most of the state, serving 26 million customers. Record-breaking demand met power generation equipment failures leading to a disaster for many of the state’s residents.

In light of increased demand, the Public Utility Commission of Texas (PUC) ordered an increase in energy prices to customers to “more accurately reflect the scarcity conditions in the market”.

With demand outstripping available supply, many parts of Dallas, Houston, Austin, and San Antonio remain in the dark and without heat.

Democrats have hit out at Texas governor Gregg Abbott for his handling of the situation and for pointing the finger of blame at the Green New Deal — a set of progressive policy ideas that have not been passed into law nor implemented — rather than the current realities of power generation in a state famous for its energy industry.

Former presidential and Texas senatorial candidate Beto O’Rourke tweeted: “You’re the governor of a state where millions don’t have power, where people are literally dying of exposure, and you go on Fox News to talk about… the Green New Deal? You are the governor. Your party has run Texas for 20 years. Accept responsibility and help us get out of this.”

Mr O’Rourke also referred to Texas as “a failed state”.

New York representative Alexandria Ocasio-Cortez, one of the Green New Deal’s main proponents, tweeted that natural disasters such as this show the “brutal and inhumane” nature of our system, calling for modernisation so that no one is left to fend for themselves.

“So many Texans are in desperate conditions without heat, water, and little relief. Gov. Abbott needs to get off TV pointing fingers & start helping people,” she added. “After that, he needs to read a book on his own state’s energy supply.”

Subnautica: Below Zero Emerges This May On PlayStation, Xbox, Switch, And PC

Explaining differences between the viruses that cause COVID-19 and SARS