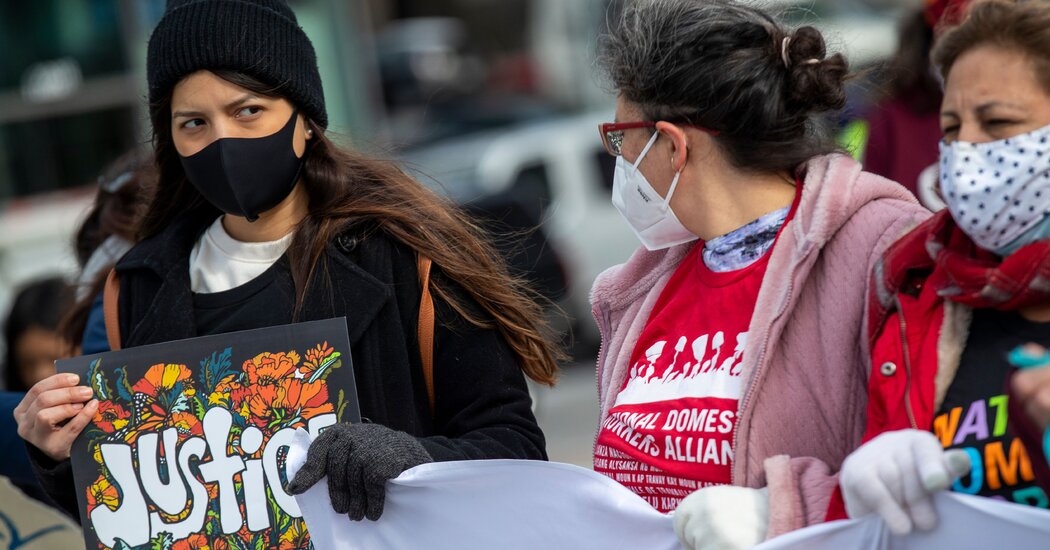 WASHINGTON — President Biden’s allies on Capitol Hill plan to formally introduce his immigration overhaul in the House on Thursday morning, making good on his campaign promise to seek to modernize the nation’s immigration system and provide a path to citizenship for millions of undocumented Americans.

Senator Bob Menendez, Democrat of New Jersey, and Representative Linda T. Sánchez, Democrat of California, are expected to hold a news conference to unveil the legislation, which is based on a proposal Mr. Biden announced on his first day in office. Mr. Menendez’s office said in a news release that the lawmakers would be joined by 10 of their colleagues for the announcement.

White House officials provided details of the measure, which will be called the U.S. Citizenship Act of 2021, in a briefing with reporters Wednesday evening.

But the bill tries to make the most far-reaching changes in immigration law in more than three decades. It would sweep away restrictions on family-based immigration, making it easier for spouses and children to join their families already in the country. And it would expand worker visas to allow more foreigners to come to the United States for jobs.

Unlike previous efforts to overhaul immigration, the legislation does not include a large focus on increased border enforcement. Instead, the bill adds resources to process migrants legally at ports of entry and invests $4 billion over four years in distressed economies in the hopes of preventing people from fleeing to the United States because of security and economic crises.

White House officials said Mr. Biden was eager to “restart conversations” with Democrats and Republicans about immigration after four years in which President Donald J. Trump waged an assault on the nation’s immigration system, curtailing legal immigration and shutting the border to asylum seekers.

But officials ducked the question of what Mr. Biden would do if Republicans in the Senate refused to support the measure. The chamber is split 50-50, and Democrats would need 10 Republicans to override a filibuster. A senior White House aide told reporters that it was too early to think about legislative alternatives.

Binance Coin regains 20% in a day: Why is BNB seeing such a strong recovery?

The Story Behind Supergiant Games’ Pyre

‘I can’t wait to hug my mum’: Hours spent daydreaming about future plans are valuable

Radioactive bone cement may be safer in treating spinal tumors