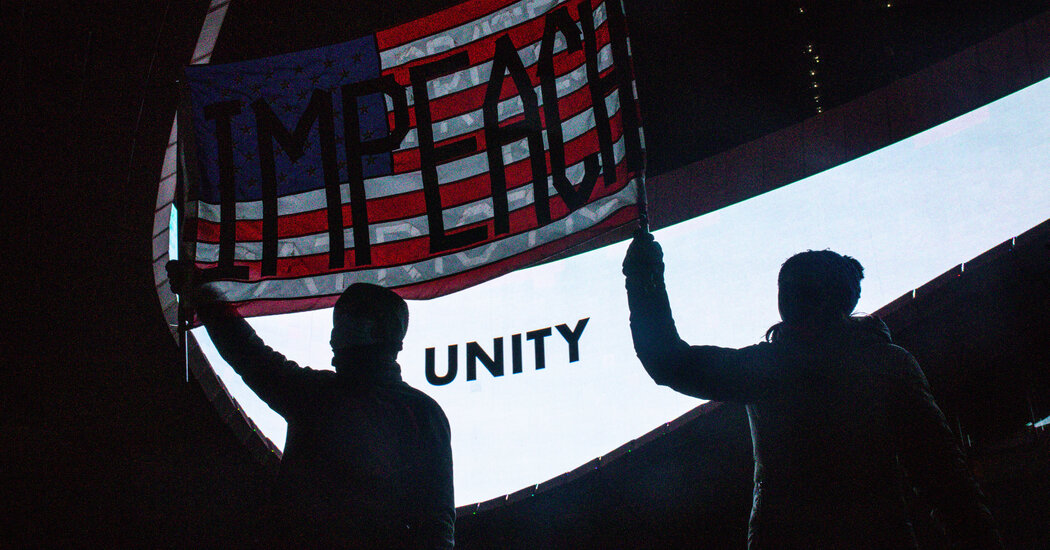 Democrats laid the groundwork on Friday for impeaching President Trump a second time, as Speaker Nancy Pelosi of California threatened to bring him up on formal charges if he did not resign “immediately” over his role in inciting a violent mob attack on the Capitol this week.

The threat was part of an all-out effort by furious Democrats, backed by a handful of Republicans, to pressure Mr. Trump to leave office in disgrace after the hourslong siege by his supporters on Wednesday on Capitol Hill. Although he has only 11 days left in the White House, they argued he was a direct danger to the nation.

Ms. Pelosi and other top Democratic leaders continued to press Vice President Mike Pence and the cabinet to invoke the 25th Amendment to wrest power from Mr. Trump, even though Mr. Pence was said to be against it. The speaker urged Republican lawmakers to pressure the president to resign immediately. And she took the unusual step of calling Gen. Mark A. Milley, the chairman of the Joint Chiefs of Staff, to discuss how to limit Mr. Trump’s access to the nation’s nuclear codes and then publicized it.

“If the president does not leave office imminently and willingly, the Congress will proceed with our action,” Ms. Pelosi wrote in a letter to colleagues.

At least one Republican, Senator Lisa Murkowski, Republican of Alaska, followed Ms. Pelosi’s lead and told The Anchorage Daily News that she was considering leaving the Republican Party altogether because of Mr. Trump.

“I want him out,” she said. “He has caused enough damage.”

At the White House, Mr. Trump struck a defiant tone, insisting that he would remain a potent force in American politics even as aides and allies abandoned him and his post-presidential prospects turned increasingly bleak. Behind closed doors, he made clear that he would not resign and expressed regret about releasing a video on Thursday committing to a peaceful transition of power and condemning the violence at the Capitol that he had egged on a day before.

Among enraged Democrats, an expedited impeachment appeared to be the most attractive option to remove Mr. Trump and register their outrage at his role in encouraging what became an insurrection. Roughly 170 of them in the House had signed onto a single article that Representatives David Cicilline of Rhode Island, Ted Lieu of California, Jamie Raskin of Maryland and others intended to introduce on Monday, charging the president with “willfully inciting violence against the government of the United States.”

Democratic senators weighed in with support, and some Republicans appeared newly open to the idea. Senator Ben Sasse of Nebraska indicated he would be open to considering articles of impeachment at a trial. A spokesman for Senator Susan Collins of Maine said she was “outraged” by Mr. Trump’s role in the violence, but could not comment on an impeachment case given the possibility she could soon be sitting in the jury.

Even Senator Mitch McConnell, the majority leader and one of Mr. Trump’s most influential allies for the past four years, told confidants he was done with Mr. Trump, although there was no sign that Mr. McConnell was joining the calls to remove him.

Diana musical will return to Broadway after Netflix version airs

Call Of Duty: Black Ops Cold War And Warzone Updates May Be Too Big Now For 500GB PS4s