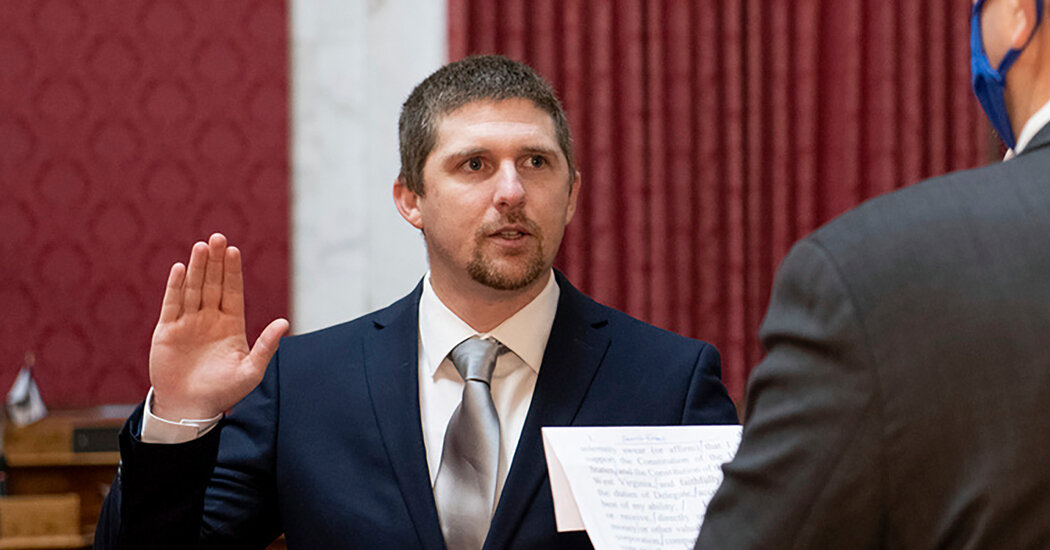 Derrick Evans, a member of the West Virginia House of Delegates, resigned on Saturday after participating in the storming of the United States Capitol.

“The past few days have certainly been a difficult time for my family, colleagues and myself, so I feel it’s best at this point to resign my seat in the House and focus on my personal situation and those I love,” Mr. Evans said in a statement. “I take full responsibility for my actions, and deeply regret any hurt, pain or embarrassment I may have caused my family, friends, constituents and fellow West Virginians.”

His resignation, which he submitted to Gov. Jim Justice in a one-sentence letter, is effective immediately. He also faces two federal charges: one for knowingly entering or remaining in any restricted building or grounds without lawful authority, and one for violent entry and disorderly conduct on Capitol grounds.

Mr. Evans, a Republican who was just elected to the West Virginia House in November, filmed himself entering the Capitol on Wednesday as part of a pro-Trump mob — incited by President Trump himself — intent on stopping Congress from formalizing President-elect Joseph R. Biden Jr.’s victory.

Like many other members of the mob, he made no effort to conceal his involvement. “We’re in!” he said in his video. “We’re in! Derrick Evans is in the Capitol!”

The speaker of the West Virginia House, Roger Hanshaw, quickly condemned Mr. Evans’s actions, saying on Wednesday that Mr. Evans would “need to answer to his constituents and colleagues regarding his involvement in what has occurred today.”

On Saturday, Mr. Hanshaw, who is also a Republican, said in a statement that he hoped the House could move forward with its session “without any further distraction.”

“In announcing his resignation, Delegate Evans said he accepted responsibility for his actions and apologized to those he’s hurt,” he said. “In this time of overheated, hyperbolic political rage, I think that’s a good first step for us all to take right now.”

Stop ignoring root cause of pandemics while focusing on vaccines, world leaders and UN told

Microsoft announces Office 2021 for Windows and macOS: Here’s everything you need to know