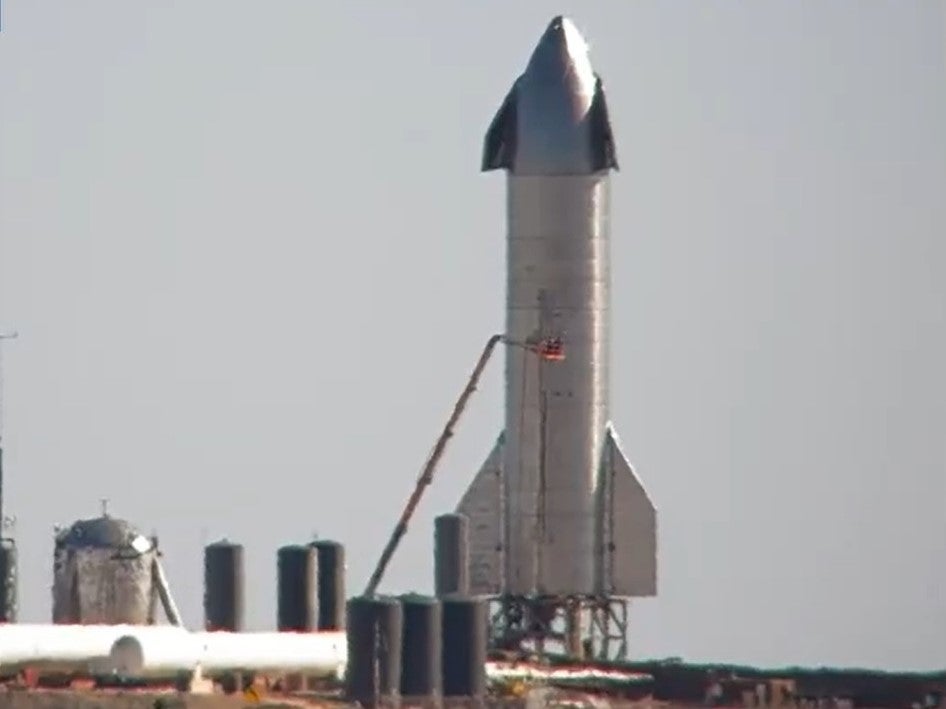 SpaceX is targeting Wednesday for the latest high-altitude flight test of its Mars-bound Starship craft, CEO Elon Musk has said.

The Starship SN9 prototype will attempt to launch 12.5 km into the air from SpaceX’s Boca Chica facility in Texas, before landing on a nearby launchpad.

A similar flight test of the SN8 prototype in December resulted in a fiery explosion after a failed landing attempt.

Responding to messages on Twitter, Mr Musk said the Starship SN9 had passed the initial pressure test and that SpaceX is now awaiting approval from the Federal Aviation Administration (FAA).

“We’re hoping for FAA approval of a test flight tomorrow afternoon,” he tweeted on Tuesday.

The previous Starship flight test was beset by numerous delays, with SpaceX forced to keep pushing it back until conditions were suitable.

Starship development is SpaceX’s “top priority”, according to Mr Musk, who hopes to eventually produce up to 100 of the next-generation space craft every year.

Once in service, SpaceX will use Starship crafts to ferry people and cargo to Mars in order to establish a human colony.

The first crewed missions to Mars could happen as early as 2024, though unless Starship’s development goes exactly as planned then it will be more likely in 2026, 2028 or 2030 – all years in which Mars’ orbit lines up with Earth’s.

The final version will also sit on top of a Super Heavy rocket in order to leave Earth’s atmosphere.

The lower gravitational pull on the moon and Mars means Starship will be able to launch without the need for additional fire power.

Haven Brings The Love To Nintendo Switch Next Month

A First for an American President, and a First for Donald Trump

‘Galaxy Quest 2’ is ‘a fabulous script’ according to Tim Allen

Stay or Go? Biden, Long a Critic of Afghan Deployments, Faces a Deadline