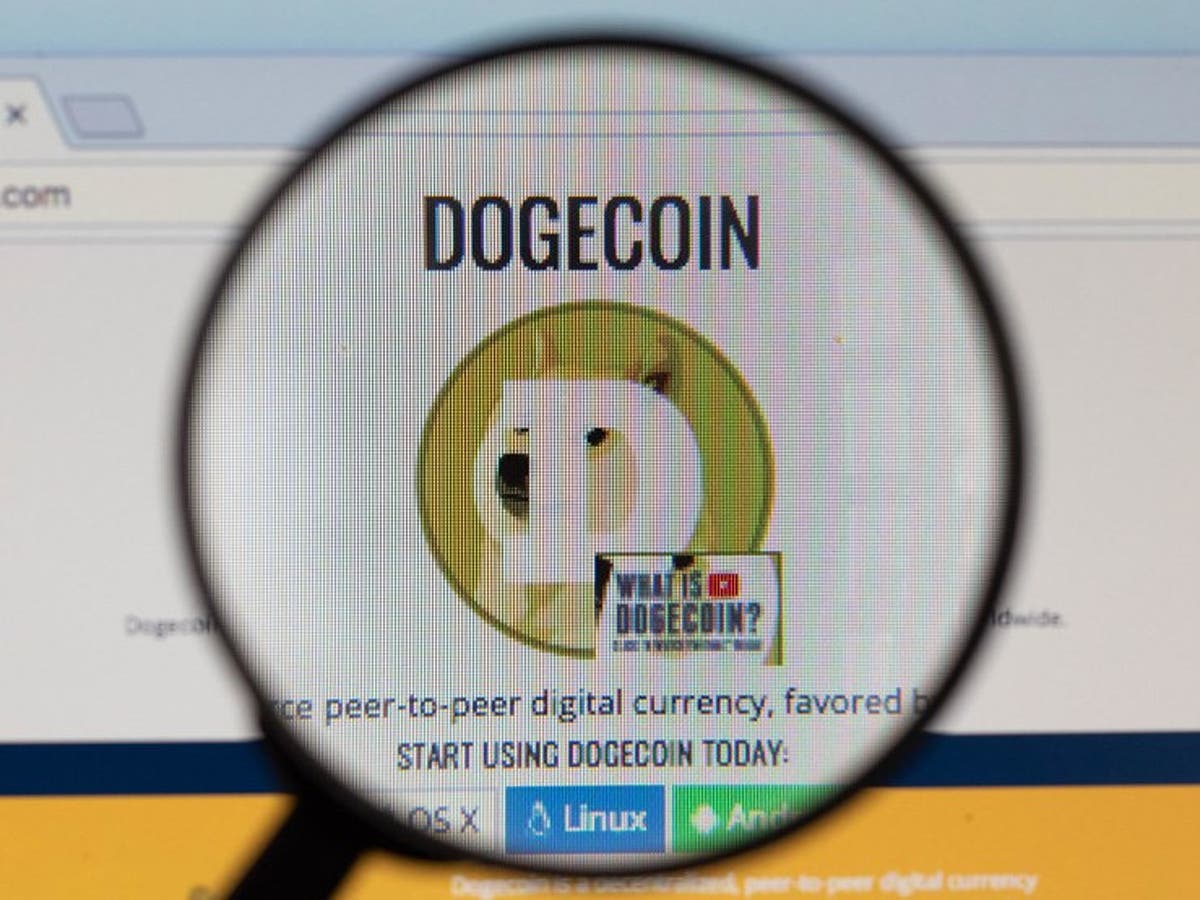 Elon Musk has added his voice to speculation that the controversial trading app Robinhood is one of the world’s largest holders of Dogecoin.

The meme-inspired cryptocurrency has seen a resurgence in popularity in recent weeks, largely driven by endorsements from the SpaceX and Tesla CEO.

Mr Musk, who recently overtook Amazon founder Jeff Bezos to become the world’s richest person, tweeted on Monday that he would help Dogecoin (DOGE) become the “currency of the internet” if major holders sold their stake in the cryptocurrency.

At the time, more than half of all Dogecoin in existence was held in just 20 digital wallets, with one holder owning more than a quarter of all 128 billion Dogecoin tokens in circulation.

Since Mr Musk’s pledge, several of these large holders, known as ‘whales’, appear to have either cashed out or moved their Dogecoin to other digital addresses.

Data from BitInfoCharts reveals that seven of the top 635 holders have reduced their balances since Mr Musk’s tweet, however the largest holder increased their stake by more than 2,000 Dogecoins.

This led to speculation among online Dogecoin forums that the largest wallet belongs to an online trading platform like Robinhood.

After speculating on Twitter on Tuesday that Robinhood is the owner of the largest Dogecoin account, Mr Musk returned to Twitter on Wednesday to add to growing demand for the boss of Robinhood to be more transparent about its holdings.

Robinhood did not respond to a request for comment from The Independent on speculation about the digital wallet or its Dogecoin holdings.

According to the firm’s website, it does not allow users to obtain the private keys of their crypto holdings, meaning they do not technically own them in the way they would if they bought them directly from an established cryptocurrency exchange and transferred them to a digital wallet.

“We don’t currently provide you with access to your wallet or your wallet address,” Robinhood’s website states.

“You own the cryptocurrency assets in your account, and you can buy or sell them at any time. We’re evaluating features to allow you to safely transfer coins to and from Robinhood, and we’ll update you when these features are available.”

During the same conversation on the app Clubhouse, the co-founder of PayPal said Dogecoin had the potential to achieve broad acceptance.

However on Monday, Mr Musk said that large Dogecoin holders were preventing the cryptocurrency from becoming a mainstream currency.

“If major Dogecoin holders sell most of their coins, it will get my full support. Too much concentration is the only real issue imo,” he tweeted.

“I will literally pay actual $ if they just void their accounts.”

The revelation came just days after Tesla announced a $1.5 billion investment into bitcoin, which also boosted the price of the world’s most valuable cryptocurrency.

Bitcoin’s volatility is less pronounced than Dogecoin’s, in part because holdings of the cryptocurrency are not concentrated into a relatively small number of wallets.

Random: Streamer Tries To Beat Hades Using A Pomegranate As A Controller

‘The mother of all senses’: The impact of touch deprivation on the mind OLD

Huge Study of Over 1,400 Species Could Change Our Understanding of Intelligence

Who are the leading prosecution and defence attorneys in Derek Chauvin trial?