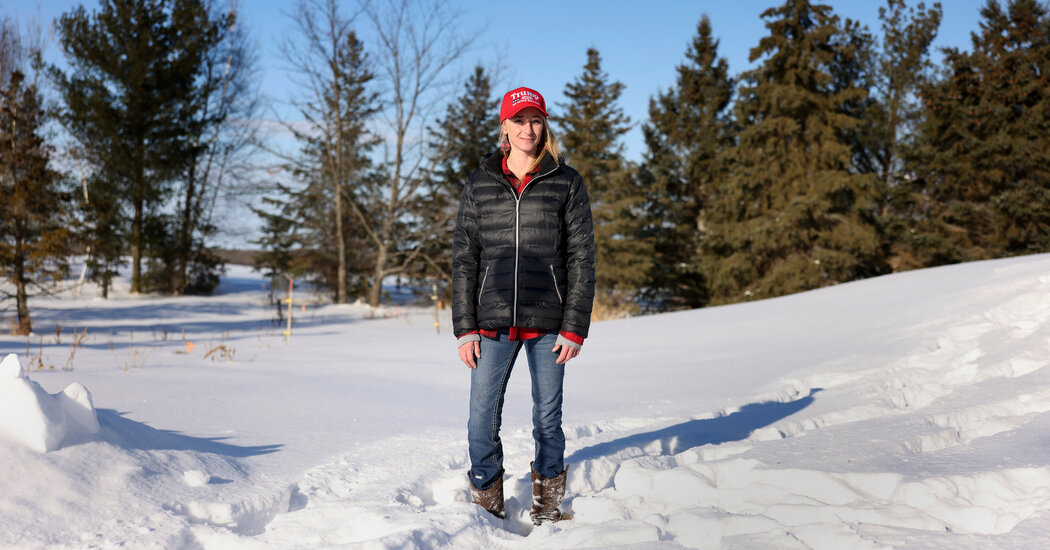 One evening this month as Ashley Klein got ready for bed and scrolled through Facebook, she came across a story about impeachment. She thought it was old news from 2019 that had somehow popped up, until she saw it was from earlier in the day.

“Then I Googled it and I’m like: ‘You have got to be kidding me. Really? This isn’t happening,’” she said. “The American people need so much and we’re going to spend millions on impeachment, again.”

For much of the American public and for the historical record, the second impeachment of former President Donald J. Trump represented a blistering censure from a coequal branch of government whose members’ lives had been imperiled days earlier by a mob of his supporters attacking the Capitol.

But many of his defenders saw the second impeachment, a first for an American president, as something else: the culmination of years of unfair treatment by a Washington establishment that was always hostile to Mr. Trump and is now trying to end his political career once and for all. Republican senators voted overwhelmingly on Tuesday against trying him for “incitement of insurrection,” in a strong sign that the Senate did not have the votes to convict him; the impeachment trial and conviction vote is set to come in February.

The rallying behind Mr. Trump serves as a powerful reminder of the lasting influence of the former president and his grievance-fueled politics, still inescapable in a country where a new leader has taken charge, a pandemic rages and reality blends with falsehoods and conspiracy theories.

Now, supporters of Mr. Trump whose blood boiled at the first impeachment are galvanized anew by the second, rising to his defense with the familiar refrains they have soaked up for years from conservative talking heads, from social media or from the president himself. Cries of a witch hunt and commands to “stop the steal.” Calling opponents “radical left Democrats” and the media “fake news.” Repeating the campaign slogan of “Keep America Great” as hundreds of thousands died of the coronavirus and the economy tanked.

John Duty was thinking about it all on a recent morning in Washington as a hot pink sun rose over the Capitol days before the inauguration. He stood in the middle of Constitution Avenue, held up his iPhone and framed his 9-year-old daughter in the foreground.

Mr. Duty had driven in from Manassas, Va., so his daughter could witness a bit of history as the building welcomed the era of a new president who he wasn’t entirely sure had won the vote legitimately. He denounced the rioters who stormed inside as “knuckleheads” hyped up on adrenaline who had done the wrong thing.

But to Mr. Duty, something seemed off about the fact that his president, the one he voted for, was enduring yet another impeachment process, and one not all that long after the events in question occurred. To him, the impeachment was yet another blow that Mr. Trump endured from his detractors in a term full of relentless pummeling from Democrats.

For many people, their defense of the former president can be summed up as a feeling they have deep in their gut telling them Mr. Trump was never really given a fair shake.

With the debate over impeachment bubbling in the background of a nascent Biden presidency, the country finds itself in the middle of a fight over whether to turn the page on division or bear down on a need for accountability.

Wrangling over the impeachment of the last president has dominated the first days of the new president’s term, which was ushered in by thousands of rifle-toting troops patrolling outside the Capitol, the White House, the downtown Dunkin’ Donuts and the 7-Eleven.

For some of Mr. Trump’s supporters, the fact that a mob coalesced behind him in such a shocking manner at the Capitol was a logical outcome of the past four years.

“They were after him straight from the beginning,” said a man who would give only his first name, Adam, out of fear his words would be distorted by a reporter.

It was Inauguration Day and he was standing a few blocks from the Capitol, not far from where he had stood the day rioters stormed inside. The man, a 29-year-old construction worker from Harpers Ferry, W. Va., had not joined them, he said, but he believed the action was justified, and not just on behalf of Mr. Trump.

“I felt like our country needed defending,” he said. “The people had a free and fair election that was stolen.”

Now, he said, carrying on with the impeachment process is merely an attempt to keep the nation divided.

“They’re sore losers,” he added, referring to Democrats, “and sore winners, too.”

In the post-Trump era, the defense of the former president has become a need to defend Trumpism itself. House Republicans who voted to impeach Mr. Trump are already under pressure, with a backlash growing in their home states and challengers announcing campaigns to try to oust them.

The seeming injustice of it all washed over Ms. Klein, 32, who lives in the Mille Lacs Lake area of Minnesota. She thinks about it as she carries out her work as a horse trainer, making stallions rear on command and miniature horses spin in circles. It just seemed as if Democrats had been out to get Mr. Trump from the moment he was sworn into office, she said.

To her, they were angry that he spoke his mind.

“I’d rather just have him be blunt and not sugarcoat it,” she said.

They were upset he wouldn’t compromise when he took office.

“The Democrats have been in control for a long time, and giving that up and stopping their little cash cow accounts wasn’t making them happy,” Ms. Klein said.

“You could tell that right away when people started getting all patriotic, they didn’t like that happening,” she said.

And then, in 2019, Democrats began talking about impeaching Mr. Trump on charges that he had unlawfully solicited Ukrainian authorities to influence the 2020 U.S. presidential election. To her, it sounded absurd.

Ms. Klein joined a Facebook group called The People Against Impeachment. Posts railed against the process, calling it “a political weapon” and insisting that a plan to impeach Mr. Trump had been in place even before he had reached the White House. Ms. Klein tuned into the conservative commentator Ben Shapiro, the Fox News personalities Tucker Carlson and Sean Hannity, and Newsmax, a conservative news network.

She was glued to the television in December 2019 during that first impeachment. She thought it was a sham, with Democrats concocting various charges that they had been dreaming up for years.

A few months later, the pandemic hit but, she said, it wasn’t Mr. Trump’s fault.

As the virus surged, Ms. Klein began to wonder if cries to close the economy might be attempts by Democrats to further damage Mr. Trump. She grew tired of it.

By the time Election Day arrived in November, Ms. Klein was confident when she walked in to vote at her local courthouse that Mr. Trump would win. She stayed up late to watch the election results. Then, as more mail-in ballots were counted in the next days, the tally swung toward President Biden. She couldn’t believe it.

“All of the sudden, just out of nowhere, all these states started going for Biden when Trump had been ahead for hours and hours and hours,” she said. “Nancy Pelosi was so confident he wasn’t going to win. I just kind of feel like there was something fishy.”

By the time the race was called for Mr. Biden, Ms. Klein was certain some kind of fraud had occurred, most likely with the votes cast by mail.

She joined a chorus of other Trump supporters who were convinced the vote was fraudulent. One of them, Chad Kent Smith, 48, a recovered drug addict and preacher from Festus, Mo., who posts inspirational videos online from behind the wheel of his tow truck, said he just couldn’t shake the feeling that Mr. Trump was the victor.

“I grew up in Alabama in the South. For a Democrat to win those states makes me scratch my head,” Mr. Smith said. “I don’t think the Democrats stole the election, but I believe there was tampering.”

In the weeks since the election was called, Mr. Trump’s supporters have seen more unjustified slights to him.

Even Macaulay Culkin seemed to pile on. Ms. Klein was outraged when she saw that the actor had appeared to endorse the idea put forth by Mr. Trump’s detractors of editing a scene in “Home Alone 2” where he plays a cameo role.

And with deaths from the coronavirus soaring well past 400,000, Ms. Klein said she couldn’t believe that Mr. Trump had not received ample credit for Operation Warp Speed. After all, she said, he had helped produce a vaccine in record time.

“If he had done something bad in his presidency that was absolutely horrible, I could see it,” Ms. Klein said. “But he was treated very unfairly for a guy who would have made way more money not being president.”

“I think,” Ms. Klein said, pondering the future, “that I’d vote for him again.”

In Surprise Twist, COVID-19 Can Cause Weird Skin Rashes. Here’s What to Look Out For

New York’s Covid exodus in full – which zip codes lost the most residents?

McManus: McConnell wants to use the filibuster to block Biden’s agenda. Here’s how Biden can outfox him