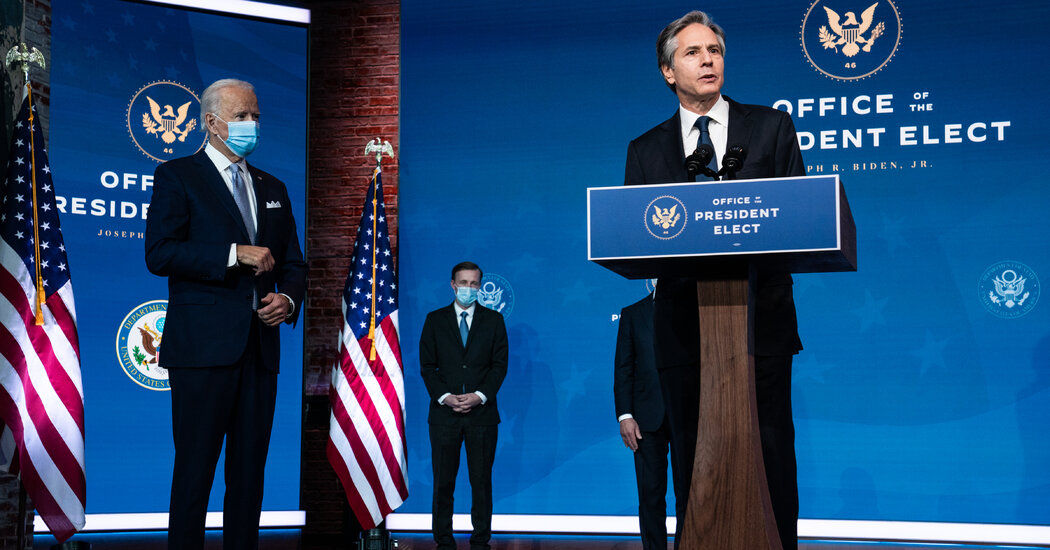 A bevy of top former national security officials from both parties have drafted an open letter urging the Senate to quickly confirm President-elect Joseph R. Biden Jr.’s national security team, warning of the need to have a fast transition of executive power after a week of chaos in the nation’s capital.

“Alejandro Mayorkas, Antony Blinken, Avril Haines, Linda Thomas-Greenfield, and Lloyd Austin represent the best of America: our patriotism, our diversity, our commitment to excellence, and our values,” the letter reads, referring to Mr. Biden’s picks for the Department of Homeland Security, Secretary of State, director of National Intelligence, ambassador to the United Nations and secretary of defense, respectively. “Our nation needs these highly qualified and experienced officials in office and ready to serve on day one of the Biden-Harris administration.”

The letter is signed by nineteen leaders including former Secretaries of State Madeleine Albright and Hillary Clinton, former Homeland Security Secretaries Tom Ridge, Janet Napolitano and Jeh C. Johnson and James R. Clapper, a former director of national intelligence, and others who held top posts in Republican and Democratic administrations.

Lloyd J. Austin III, Mr. Biden’s pick for secretary of defense, will need a congressional waiver to be confirmed, a requirement for any Pentagon chief who has been retired from active-duty military service less than seven years.

Some members of Congress have balked at the waiver, citing the tradition of civilian control of the military, and this extra step requires a vote in the House and Senate, which will likely delay a vote on his confirmation. Mr. Austin, a former four-star Army general who retired in 2016, is the only one of Mr. Biden’s nominees to have a scheduled confirmation hearing.

“America’s allies and adversaries alike are closely watching this period of transition between administrations,” the letter says. “Given the many challenges facing the country, the smooth transfer of power in departments and agencies that are essential for national security is critical.”

First black hole ever found is much more massive than expected, scientists find

Have you experienced anti-Asian racism?

Talking Point: What Are You Playing This Weekend? (March 6th)

Why Now Is The Perfect Time To Play Fortnite

Pompidou Centre in Paris to close for four years