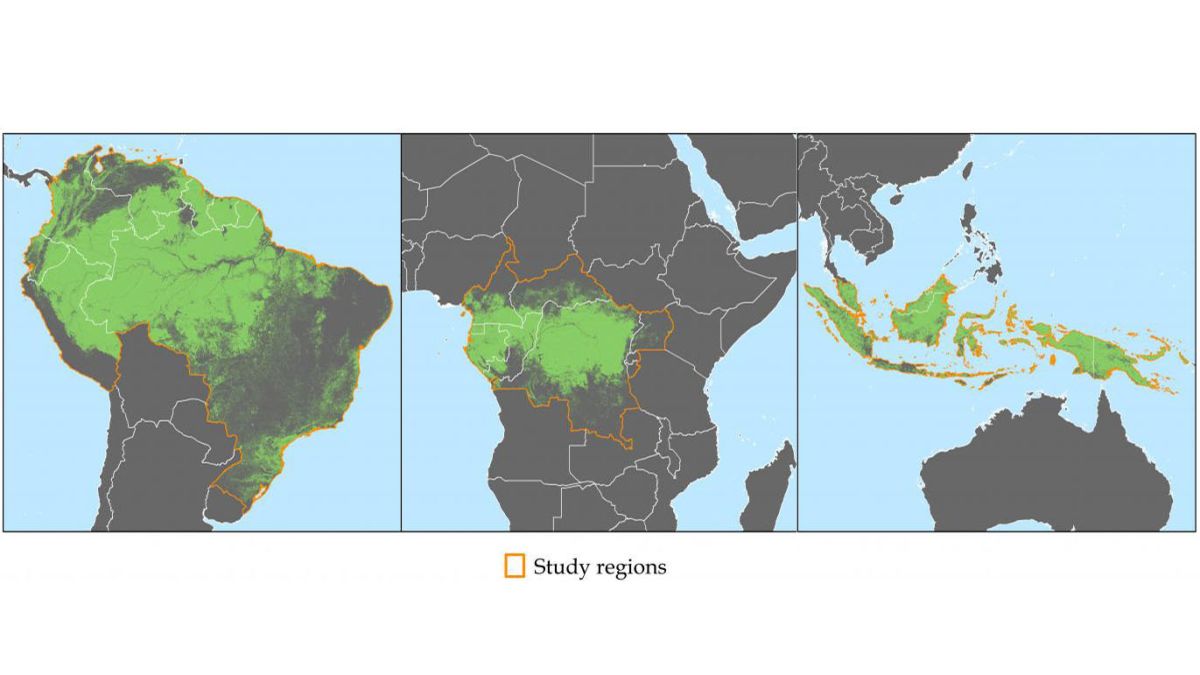 Satellites are helping to reduce deforestation across Africa.

Thanks to the help of Earth-orbiting satellites, deforestation, which creates significant carbon emissions and is a major contributor to climate change, has decreased significantly in 22 African countries, researchers found in a new study.

In these countries, organizations subscribed to a free service that sends out alerts about decreases in forest cover in the tropics from a new service that uses up-to-date satellite data.

When there is a drop in forest cover, these automated warnings send high-resolution satellite data and alert messages to those in local governments and others interested in decreasing deforestation (anyone can sign up for the messages). These messages are delivered as part of the Global Land Analysis and Discovery system (GLAD) on the free, interactive web interface Global Forest Watch, which was initially launched in 2016.

Images: Deforestation around the world

This new study, led by Fanny Mofette, a postdoctoral researcher in applied economics at the University of Wisconsin-Madison, looked at the effects of these alert messages on deforestation. Mofette and their team observed an 18% drop over two years in 22 African countries. The carbon emissions avoided with this reduction could be saving anywhere between $149 million and $696 million in economic damages, University of Wisconsin-Madison officials said in a statement.

Global Forest Watch covers the globe and this study aimed to show how subscriptions to GLAD affected deforestation in Africa, South America and Asia. Now, while the team didn’t see a decrease in deforestation in South America or Asia in satellite data from over a 2-year period, they saw this drastic decrease in African countries where people subscribed to the system. But only countries in which organizations and officials subscribed to the alerts saw this decrease.

It is not yet clear exactly why some have chosen to subscribe while others are not subscribed, if it is due to personal choice or a lack of access to reliable internet and technology to keep up with these alerts.

“We think that we see an effect mainly in Africa due to two main reasons,” Moffette said in the statement. “One is because GLAD added more to efforts in Africa than on other continents, in the sense that there was already some evidence of countries using monitoring systems in countries like Indonesia and Peru. And Colombia and Venezuela, which are a large part of our sample, had significant political unrest during this period.”

The system can provide alerts about forest cover as often as every eight days (if the skies are clear enough that satellites are able to fully monitor a region). Subscribers get warning messages when concerns about forest cover arise and weekly emails that include exact geographic coordinates of areas where increasing deforestation appears concerning. Anyone can subscribe for the free alerts, check out GLAD on Global Forest Watch here.

While this program is fairly new, the team hopes to continue to study the effects of this subscription system and how access to this satellite data can impact deforestation rates long term.

“Now that we know subscribers of alerts can have an effect on deforestation, there’s potential ways in which our work can improve the training they receive and support their efforts,” Moffette said in the same statement.

This work was published Jan. 4 in the journal Nature Climate Change.

Future astronauts could use methane to make rocket fuel on Mars

MLB The Show 21 Preview – Stadium Creator, Road To The Show, And How The Game Has Improved

Distant planet may be on its second atmosphere