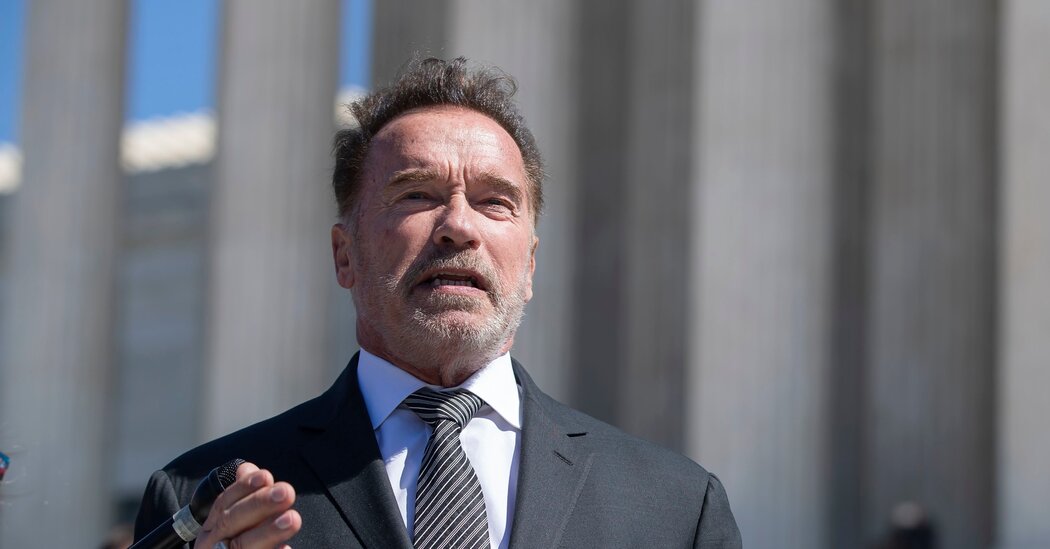 In a video posted to Twitter on Sunday that quickly drew millions of views, Arnold Schwarzenegger, the movie star and former California governor, compared the riot at the Capitol last week to Kristallnacht, a rampage in Germany in 1938 in which Nazi-inspired mobs burned synagogues and destroyed Jewish-owned shops.

Seated at a desk and flanked by the American and Californian flags, Mr. Schwarzenegger wove his experiences growing up in Austria after World War II to what he was witnessing in the United States.

“Being from Europe, I’ve seen firsthand how things can spin out of control,” he said, adding that while others may fear that something similar could happen in the United States, he did not think it would.

“I do believe that we must be aware of the dire consequences of selfishness and cynicism,” he warned.

Mr. Schwarzenegger recalled growing up surrounded by men who drank away their “guilt over their participation in the most evil regime in history.” His father, like others in the neighborhood, would return home drunk once or twice a week, and “he would scream and hit us and scare my mother,” he said.

The painful memory, he said, was one he had not shared so publicly before, but he chose to do so to underscore the “emotional pain” that these men experienced from what they saw or did.

“My father and our neighbors were misled also with lies,” he said. “And I know where such lies lead.”

Mr. Schwarzenegger linked the pro-Trump mob that stormed the Capitol to Kristallnacht, describing the attacks against Jews more than 80 years ago as carried out by “the Nazi equivalent of the Proud Boys.”

Mr. Schwarzenegger, a Republican who has long been critical of President Trump, described him in the video as a “failed leader” and the “the worst president ever.” Noting the book written by former President John F. Kennedy called “Profiles in Courage,” Mr. Schwarzenegger added that a number of Republicans would never see their names in such a book because of what he called “their own spinelessness.”

“We need to hold accountable the people who brought us to this unforgivable point,” he said.

In a call for bipartisanship, Mr. Schwarzenegger underscored the need for the nation’s healing. Referring to his 1982 film “Conan the Barbarian,” he picked up a sword from his desk and said “This is the Conan sword.” A sword is tempered and strengthened by pounding it with a hammer and then heating and cooling it, he said.

“Our democracy is like the steel of this sword,” Mr. Schwarzenegger said. “The more it is tempered, the stronger it becomes.”

Coffee for the birds: Connecting bird-watchers with shade-grown coffee

Immunological characteristics govern the transition of COVID-19 to endemicity