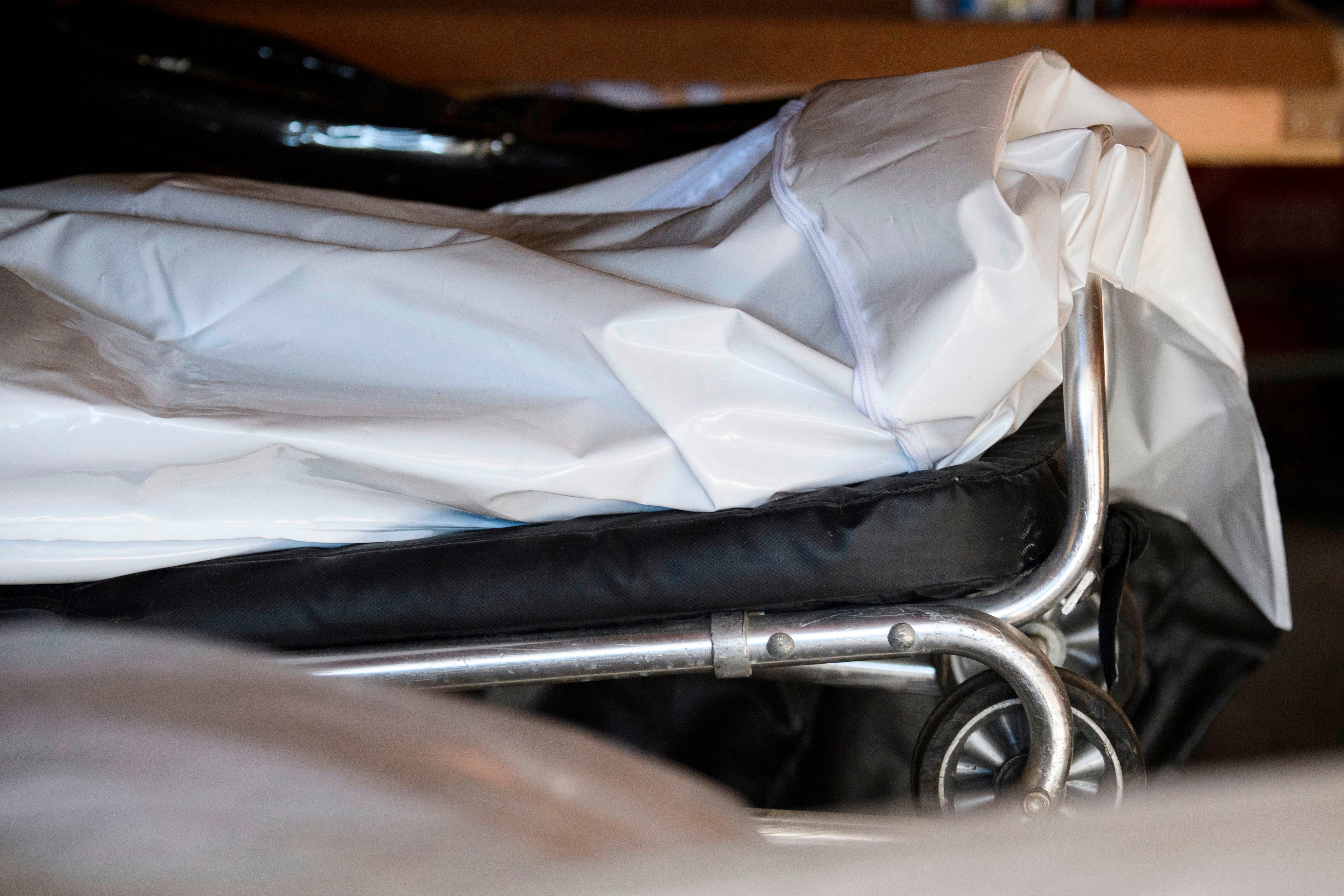 January has surpassed December as the deadliest month since the start of the pandemic, as the last two months make up more than one-third of total Covid-19 deaths in the United States.

More than 79,000 Americans have died in January alone from Covid-19, as of Tuesday.

December previously took the grim milestone of most deaths in a month by surpassing 77,000 deaths. This followed November recording about  36,964 deaths.

When looking at the deaths toll recorded in December and January, those numbers account for more than one-third of total Covid-19 deaths in the country since the start of the pandemic, showing just how deadly the viral spread has become.

The country surpassed 400,000 Covid-19 deaths earlier in January, and the death toll now stands at more than 425,000, according to Johns Hopkins University.

Besides breaking death toll numbers, Covid-19 hospitalisations reached its peak on 6 January with 132,474 people in hospitals from the novel virus. All of this as the country surpassed 24 million recorded cases.

Holiday travel and Covid-19 fatigue helped guide this current surge in the novel virus, but the country could be turning the corner in the coming months.

President Joe Biden took office on 20 January and made it clear his priority would be to respond to the novel virus, which included releasing a national Covid-19 response plan about all aspects of how the federal government would address the pandemic.

“Things are going to continue to get worse before they get better,” Mr Biden warned last week. “The death toll will likely top 500,000 next month. It’s going to take months for us to turn this around.”

But he said that America would “get through this” and “defeat this pandemic”.

Mr Biden has pushed for at least 100 million vaccinations to be administered within his first 100 days of office. In order to meet, and even surpass, that goal, the president said his administration would be building mass vaccination sites across the US to assist states.

On Tuesday, he announced that states would be receiving about 15 per cent more of vaccines next week compared to weeks prior after governors complained of experiencing massive dose shortages.

This means the federal government will send out about 10.1 million vaccines each week compared to the 8.6 million it was previously sending.

The Biden administration also purchased an additional 200 million doses from Pfizer and Moderna this week, which will be delivered by the summer. This brought the federal government’s total stockpile to 600 million vaccines, which will vaccinate 300 million adults because the jab requires two doses.

“This is enough vaccine to fully vaccinate 300 [million] Americans by the end of the summer, beginning of the fall,” Mr Biden said on Tuesday.

The Defence Production Act (DPA) was also invoked by the Biden administration during the first week in office. This would delegate relevant US agencies to produce PPE, testing equipment, and vaccine supplies that would assist in the country tackling the pandemic.

Although January was the deadliest month since the pandemic, numbers have been on the decline in recent weeks.

Hospitalisations dropped down to 108,957 on Tuesday, the lowest it’s been since 13 December, according to the Covid Tracking Project. This was welcomed relief after hospitals in parts of the country, such as Los Angeles, reported full capacity in their ICUs.

The true impact of the Covid-19 vaccine on cases, hospitalisations, and deaths would not be known for the coming months. Because of this, Dr Anthony Fauci, the nation’s leading doctor, asked the public to not grow “complacent” when responding to the novel virus.

Mr Biden issued a federal mask mandate to encourage Americans to continue to wear the face shield and practice social distancing until more people can receive a vaccine.

“The brutal truth is it’s going to take months before we can get the majority of Americans vaccinated. Months. In the next few months, masks, not vaccines, are the best defense against Covid-19,” Mr Biden said.