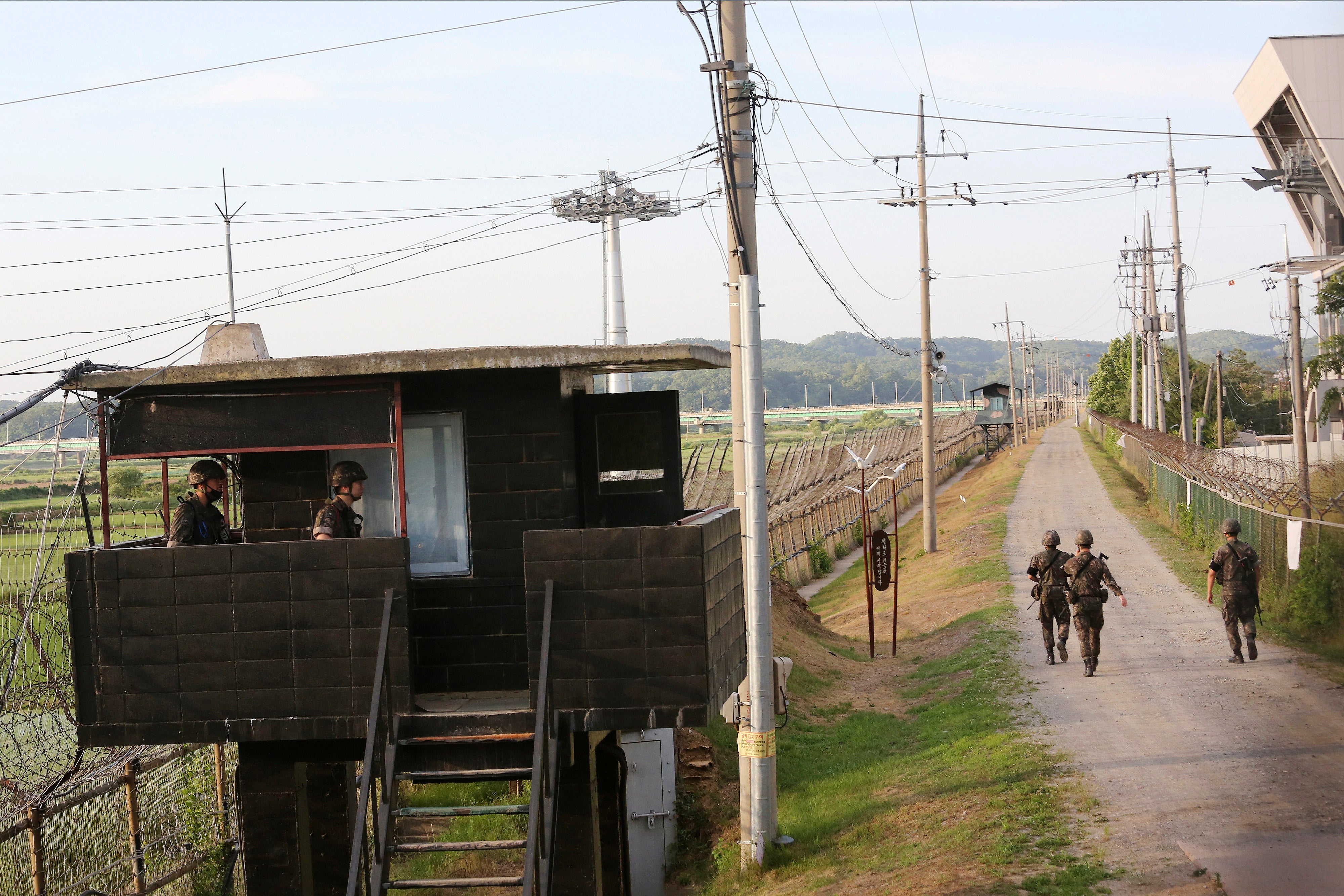 A North Korean diplomat who served as the country’s acting ambassador to Kuwait has defected to South Korea, according to South Korean lawmakers who were briefed by Seoul’s spy agency.

Ha Tae-keung, a conservative opposition lawmaker and an executive secretary of the National Assembly’s intelligence committee, said Tuesday he was told by officials from the National Intelligence Service that the diplomat arrived in South Korea in September 2019 with his wife and at least one child.

That would make him one of the most senior North Koreans to defect in recent years. North Korea, which touts itself as a socialist paradise, is extremely sensitive about defections, especially among its elite, and has sometimes insisted that they are South Korean or American plots to undermine its government.

Ha said he was told that the diplomat, who changed his name to Ryu Hyun-woo after arriving in the South, had escaped through a South Korean diplomatic mission but that spy officials didn’t specify where. Ha said spy officials didn’t provide specific details as to why Ryu decided to defect.

The office of Kim Byung-kee, a lawmaker of the ruling liberal party and the intelligence committee’s other executive secretary, said he was also told that Ryu was now living in South Korea. Kim’s aides didn’t elaborate further.

The NIS and South Korea’s Unification Ministry, which deals with inter-Korean affairs, didn’t independently confirm Ryu’s defection when reached by The Associated Press.

Kuwait’s Information Ministry did not immediately respond to a request for comment. A mobile phone number once associated with the North Korean Embassy there rang unanswered Tuesday.

North Korean state media has yet to comment on Ryu’s situation.

The North has been known to maintain silence about such defections — such as the 2018 defection of its former acting ambassador to Italy — in part to avoid highlighting the vulnerabilities of its government.

North Korea has long used its diplomats to develop money-making sources abroad and experts have said it’s possible that diplomats who defected may have struggled to meet financial demands from authorities at home.

The North’s long-mismanaged economy has been devastated by U.S.-led sanctions over its nuclear program, which strengthened significantly in 2016 and 2017 amid a provocative run in nuclear and weapons tests.

The North Korean Embassy in Kuwait City serves as its only diplomatic outpost in the Gulf region. Pyongyang once had thousands of laborers working in Kuwait, Oman, Qatar and the United Arab Emirates before the United Nations stepped up its sanctions over North Korean labor exports, which had been an important source of foreign income for Pyongyang.

In its most-recent letter to the United Nations in March 2020, Kuwait said it had stopped issuing work permits for North Koreans and expelled those working in the country. The UAE said it expelled all North Korean laborers by late December 2019. Oman and Qatar haven’t provided updates since 2019 and 2018 respectively.

In September 2017, the Kuwaiti government expelled North Korea’s ambassador and four other diplomats following Pyongyang’s nuclear and missile tests. Ryu reportedly stepped in as acting ambassador after that.

It appears Ryu fled months after North Korea’s acting ambassador to Italy, Jo Song Gil, vanished with his wife in late 2018. Ha and other lawmakers told reporters last year that they learned Jo was living in South Korea under government protection after arriving in July 2019.

Jo was possibly the highest-level North Korean official to defect to the South since the 1997 arrival of a senior ruling Workers’ Party official who once tutored leader Kim Jong Un’s father, late leader Kim Jong Il.

Tae Young Ho, formerly a minister at the North Korean Embassy in London who defected to the South in 2016 and was elected as a lawmaker representing Ha’s party last year, said in a Facebook post that Ryu’s defection would shock members of the North Korean ruling elite because he appears to be the son-in-law of Jon Il Chun, who once oversaw a ruling party bureau that handled the Kim family’s secret moneymaking operations. The Associated Press couldn’t independently verify Tae’s claim.

More than 33,000 North Koreans have defected to South Korea since the end of the 1950-53 Korean War, according to South Korean government records. Many defectors have said they were escaping from harsh political suppression and poverty, while elites like Tae have expressed resentment about the country’s dynastic leadership.

Tae has said he decided to flee because he didn’t want his children to live “miserable” lives in North Korea and that he was disappointed with Kim Jong Un, who he said terrorized North Korean elites with executions and purges while consolidating power and aggressively pursued nuclear weapons.

North Korea has called Tae “human scum” and accused him of embezzling government money and committing other crimes without presenting specific evidence.

Mike Pollock Will Continue To Voice Dr. Eggman In The Sonic Video Games

Conservationists release 10 orangutans into the wild in Indonesia