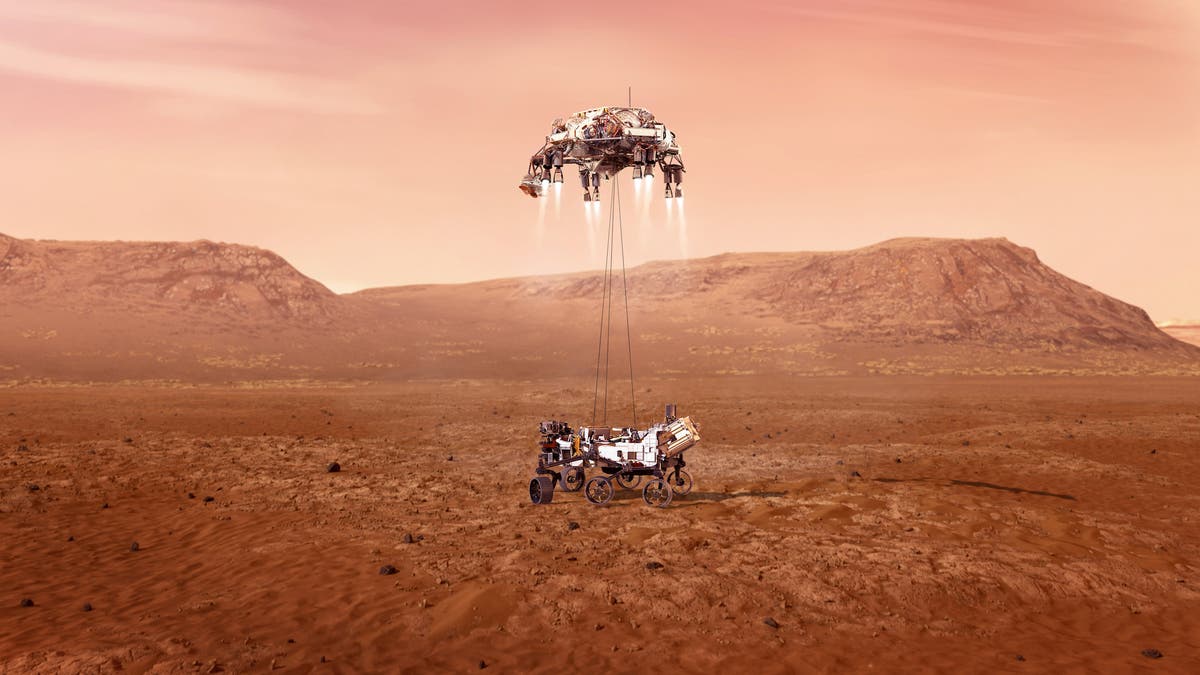 If it lands, the rover – and a helicopter named Ingenuity that will undertake the first ever flight on another planet – will get to work exploring Mars in search of clues about its ancient past. That will include attempting to understand whether the planet was ever habitable, and scouring for clues of past life on its surface.

But if Perseverance’s landing fails, it will join a number of missions that have been unable to successfully touch down on the Martian surface, foiled by its lack of atmosphere and inhospitable conditions.

All of that will be decided during a perilous entry, descent and landing process that will see it hurtle through the atmosphere, slow down to a safe speed, and then use a highly-advanced “Terrain Relative Navigation” system that will allow it to adjust where it lands to ensure it can safely drop down onto the surface.

That is scheduled to happen around 3.55pm eastern time, or 8.55pm in the UK, though mission controllers will be giving detailed and live updates before and after Perseverance arrives at its new home.

to The Independent’s live coverage of the landing of Perseverance on Mars – and the all important “seven minutes of terror” that the rover must endure before it touches down on the red planet.

AI Is Not Actually an Existential Threat to Humanity, Scientists Say

What Exactly Is Going On With GameStop’s Stock Prices?