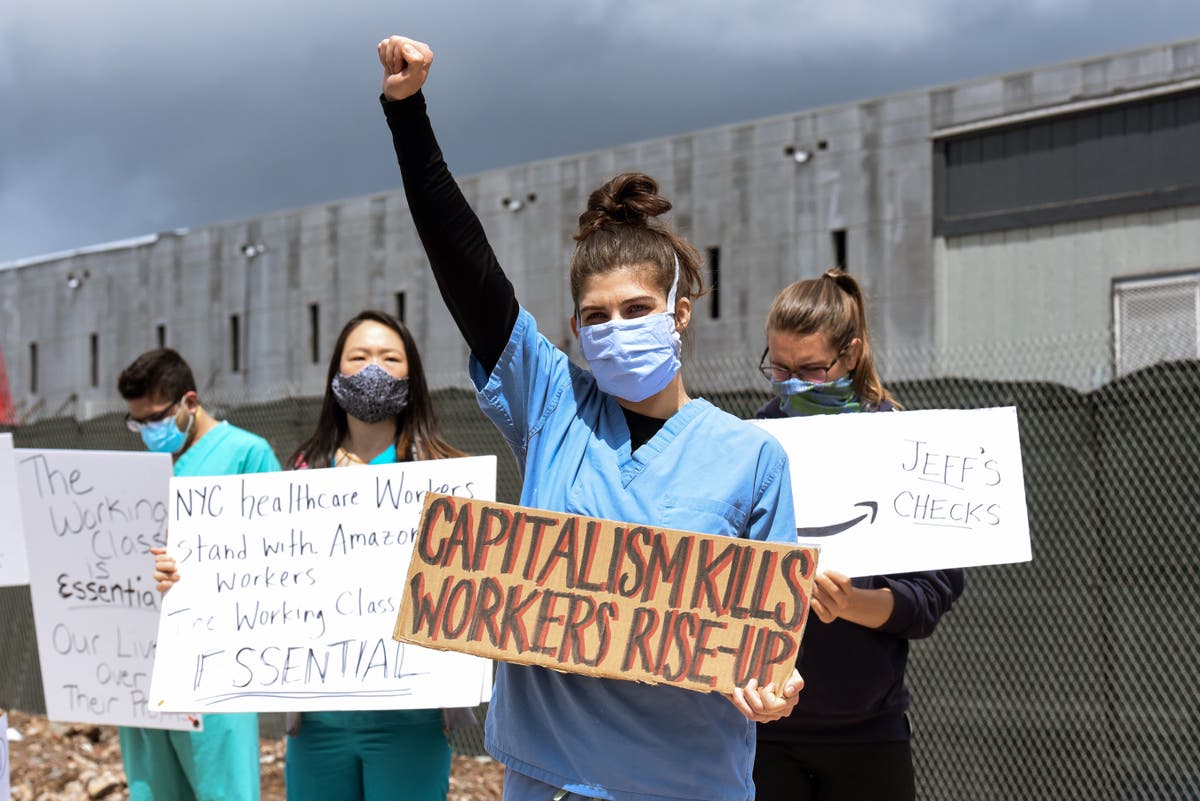 The attorney general of New York has accused Amazon of “flagrant disregard” for worker safety requirements during the coronavirus pandemic, as she filed a lawsuit against the online giant.

In a suit filed to the New York Supreme Court against Amazon.com Inc on Tuesday, Letitia James said that in pursuit of faster growth and higher profits the company had “repeatedly and persistently failed” to afford workers adequate protection and put them at risk of “serious illness and grave harm”.

“Amazon has cut corners in complying with the particular requirements that would most jeopardise its sales volume and productivity rates,” the suit said.

Ms James also accused Amazon of illegally retaliating when employees began to complain, including last March when activist Christian Smalls, who led a protest over working conditions at a New York warehouse, was fired purportedly for violating a paid quarantine.

The attorney general’s suit comes four days after Amazon filed its own lawsuit in a New York federal court which aimed to stop Ms James from suing. The suit argued that the state’s attortney general lacks the legal authority to regulate issues of workplace safety as federal labour and safety laws take precedent.

“We care deeply about the health and safety of our employees, as demonstrated in our filing,” Amazon spokesperson Kelly Nantel said in response to James’ lawsuit.

“We don’t believe the attorney general’s filing presents an accurate picture of Amazon’s industry-leading response to the pandemic,” Nantel added.

Amazon faced fierce criticism early in the pandemic, particularly after the protest led by Mr Smalls. Recently, workers began organising a “sickout” protest against their treatment by the company.

Protest organisers Amazon Employees for Climate Justice are urging employees to call in sick on 24 April. The move comes just after two Amazon employees, who were both leaders of the group and had spoken out online in support of protests, were fired by the company last week.

Out of the shadows: UAE’s Jewish community thrives after political agreement

The dream that became a nightmare: How hopes for Egypt’s Arab Spring uprising were crushed