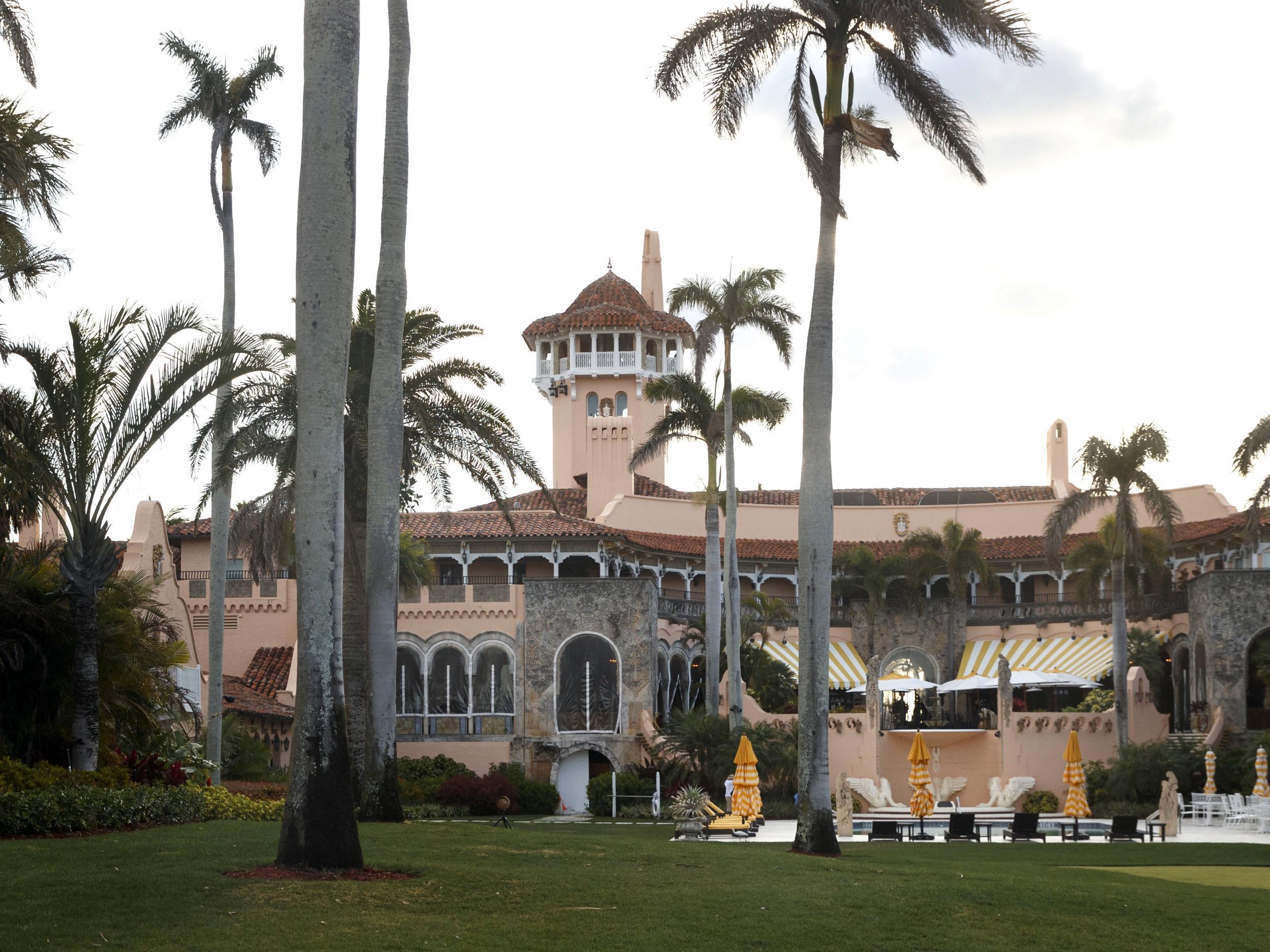 The town of Palm Beach, Florida, is reviewing whether former president Donald Trump is allowed to live at Mar-a-Lago, after years of complaints from neighbours that he was violating a legal agreement he made with local authorities in 1993 when he converted the private residence into a private social club.

Mr Trump left Washington a week ago for the so-called Winter White House, where he apparently plans to live post-presidency. Palm Beach’s town manager Kirk Blouin told HuffPost that its lawyer is reviewing whether the former POTUS can remain at the club permanently.

In 1993, Mr Trump was beset with financial problems with his casinos and millions in upkeep required at Mar-a-Lago, which was then his private home, so agreed to a “special exception use” permit that allowed him to convert the estate into a social club.

The agreement laid out that it could only include 10 guest accommodations, where people stayed no longer than a week, no more than three times a year, a requirement the president repeatedly flouted before and during his presidency.

He also signed a deal with the National Trust for Historic Preservation, a private historical preservation organization, that  “forever” forfeited rights to use Mar-a-Lago for “any purpose other than club use.”

Since then, Mr Trump’s neighbours have periodically complained about his antics, most recently in December when they sent him and the town a letter demanding he be told he can’t live there, to “avoid an embarrassing situation” where the former president has to be kicked off the premises.

“There’s absolutely no legal theory under which he can use that property as both a residence and a club,” Glenn Zeitz, a Palm Beach homeowner, told the Washington Post.

Previously, town residents have balked as the president clogged streets with his security entourage, failed to comply with local development rules on issues like the height of his massive flag pole, and tried to subdivide the property into residential homes.

Town authorities said the matter could come up in a town meeting in early February, but hadn’t made any findings yet.

The Mar-a-Lago fracas is one of the many legal issues facing the president now that he’s left office, ranging from fraud investigations to a historic second impeachment trial.

Putting bugs on the menu, safely

Why Aren't Progressives Pressuring Biden on the Filibuster?

Polish town declares it is no longer an ‘LGBT+ free zone’

Will global warming bring a change in the winds? Dust from the deep sea provides a clue