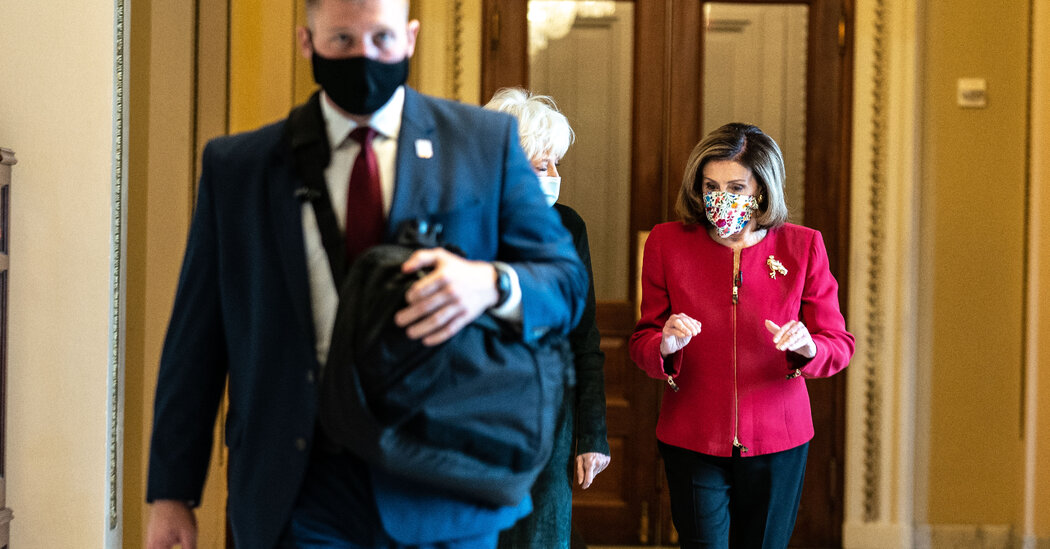 Speaker Nancy Pelosi on Friday took the unprecedented step of asking the chairman of the Joint Chiefs of Staff about “available precautions” to prevent President Trump from initiating military action abroad or using his sole authority to launch nuclear weapons in the last days of his term.

In a phone call to the chairman, Gen. Mark A. Milley, Ms. Pelosi appeared to be seeking to have the Pentagon leadership essentially remove Mr. Trump from his authorities as the commander in chief. That could be accomplished by ignoring the president’s orders or slowing them by questioning whether they were issued legally.

But General Milley appears to have made no commitments. Short of the cabinet invoking the 25th Amendment or removing Mr. Trump through impeachment in the House and conviction in the Senate, it is unconstitutional to defy legal orders from the commander in chief.

Ms. Pelosi’s request, which she announced to the Democratic caucus as an effort to prevent “an unhinged president” from using the nuclear codes, was wrapped in the politics of seeking a second impeachment of Mr. Trump.

Col. Dave Butler, a spokesman for General Milley, confirmed that the phone call with the speaker had taken place but described it as informational. “He answered her questions regarding the process of nuclear command authority,” he said.

But some Defense Department officials clearly resented being asked to act outside of the legal authority of the 25th Amendment and saw it as more evidence of a broken political system. They said that some political leaders were trying to get the Pentagon to do the work of Congress and cabinet secretaries, who have legal options to remove a president.

The one issue that has worried officials the most is Iran’s announcement that it has begun enriching uranium to 20 percent purity — near the quality to make a bomb. In December, Mr. Trump asked for military options that might be taken in response to Iran’s escalating production of nuclear fuel, but he was talked out of it by a number of top officials, including General Milley and Secretary of State Mike Pompeo.