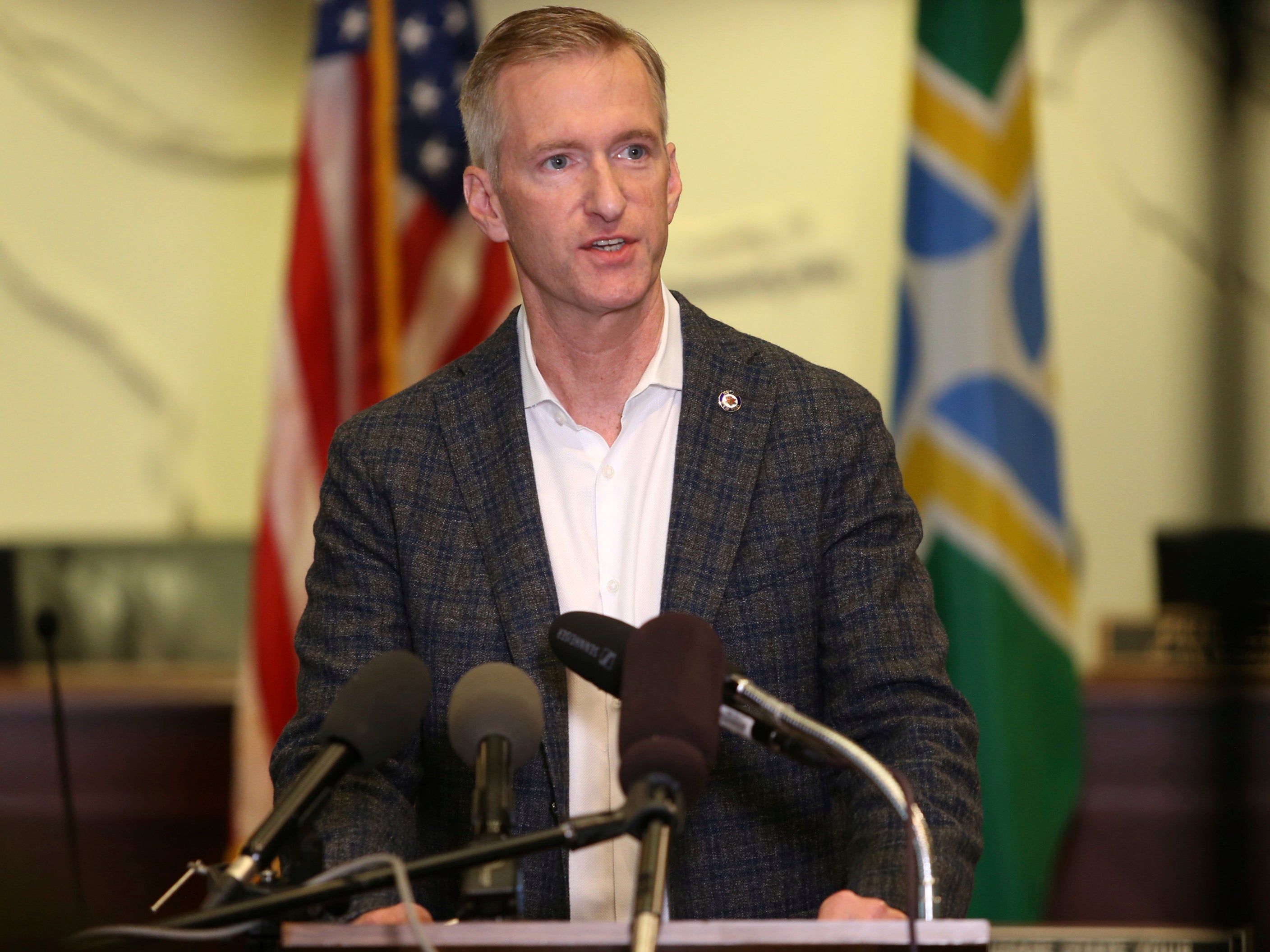 Portland mayor Ted Wheeler pepper-sprayed a man following a meal out in the city over the weekend, after he was approached by the resident and confronted about Covid-19 rules.

Mr Wheeler had been dining with former Portland mayor Sam Adams when the pair were confronted by a man, who neither recognised, at around 8pm on Sunday outside of McMenamins Hillsdale Brewery & Public House.

A police report obtained by Oregon Live said that the man recorded Mr Wheeler on his mobile phone and confronted him about what he thought was a violation of the city’s face mask rules.

The man told Mr Wheeler that he should have been wearing a face mask while dining, but the mayor attempted to explain to him that although Portland residents are required to wear them when in indoor spaces, face coverings are not needed when eating and drinking.

Mayor Wheeler then warned the man that if he did not “back off” that he would be pepper-sprayed. The man refused, and as Mr Wheeler attempted to get into his car, he pepper-sprayed the stranger in the eyes.

In the incident report, Mr Wheeler told police that the man who approached him and Mr Adams “had no face mask on and got within a foot or two of my face while he was videoing me,” and added: “I became imminently concerned for my personal safety.”

Mr Wheeler claimed that after the incident the man “seemed surprised and backed off” and added that the resident “made a comment like, ‘I can’t believe you just pepper sprayed me.’”

Mr Adams, whose statement was consistent with Mr Wheeler’s according to the authorities, then told the mayor that he should leave the area for his safety.

He also claimed that before Mr Wheeler left, he threw a water bottle to the man he pepper-sprayed so that he could wash his eyes.

In a statement about Sunday’s incident, Mr Wheeler’s spokesperson Tim Becker said: “The mayor is cooperating with the police investigation and encourages others involved to do the same.”

The incident came just a few weeks after Mr Wheeler was “swatted” by a protester when he was confronted by a group of demonstrators while he was dining at a restaurant in Portland on 7 January.

During the height of the protests opposing racial injustice last summer, windows were smashed and a fire was set inside his condo building, as demonstrators demanded his resignation for his perceived lack of action on police reforms. He moved shortly after.

Since the start of the pandemic, Oregon has recorded more than 139,000 coronavirus cases and at least 1,892 deaths.

According to Johns Hopkins University, there are now more than 25.2 million people who have tested positive for the coronavirus in the US. The death toll has reached 421,129.