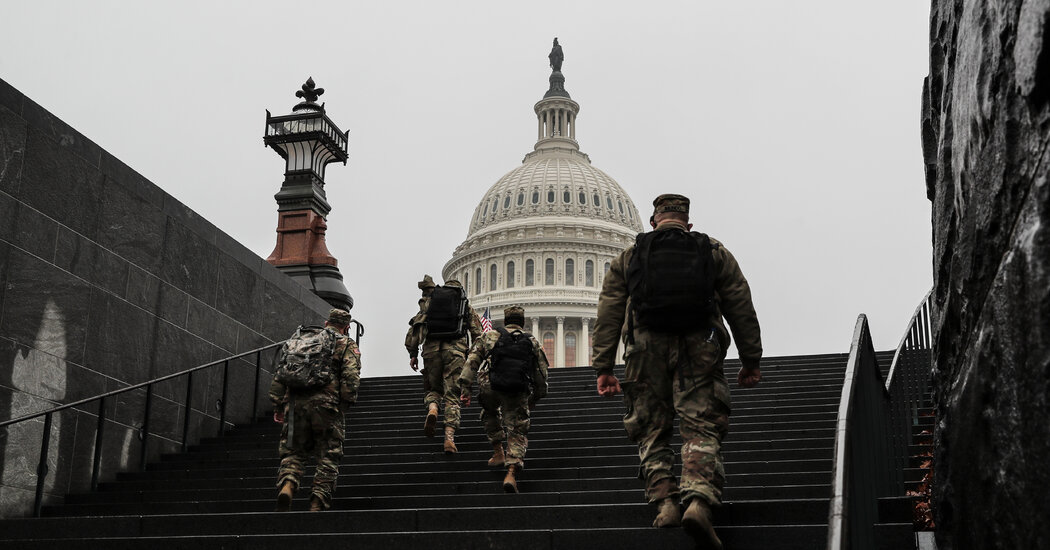 Republicans rallied en masse on Tuesday against trying former President Donald J. Trump for “incitement of insurrection,” with only five members of his party joining Democrats in voting to go forward with the impeachment trial for his role stirring up a mob that attacked the Capitol.

The 55 to 45 vote cleared the way for Mr. Trump’s second impeachment trial, by narrowly killing a Republican effort to dismiss the charge as unconstitutional. But it strongly suggested that the Senate did not have the votes to convict the former president. The opposition of all but a handful of Republicans underscored Mr. Trump’s continued strength in the party even after his brazen campaign to overturn his election defeat, fueled by false claims of voting fraud, and the deadly assault by his followers after he urged them to go to Congress to fight the result.

Senators could yet change their views. But for now, the vote signaled the likelihood that Mr. Trump would for the second time in a year be acquitted by the Senate in an impeachment trial, spared by loyal Republicans who were reluctant to break with him. It would take two thirds of senators — 67 votes — to attain a conviction, meaning 17 Republicans would have to cross party lines to side with Democrats in finding him guilty.

Senator Mitch McConnell, Republican of Kentucky and the minority leader, is said to believe Mr. Trump committed impeachable offenses surrounding the deadly Capitol siege, had asserted that the former president “provoked” the mob, and had said he was undecided on the charge. Yet he voted with the vast majority of the party to uphold the constitutional challenge, which would have effectively terminated the trial if it had prevailed. His entire leadership team joined him.

Senator Rand Paul, Republican of Kentucky, forced the vote after arguing that it was unconstitutional to hold an impeachment trial of a former president, an assertion widely disputed by scholars and even the Senate itself in the past.

“Private citizens don’t get impeached. Impeachment is for removal from office, and the accused here has already left office,” Mr. Paul said, calling the trial “deranged” and vindictive.

The only Republicans who joined Democrats in voting to put aside his objection and proceed were Senators Lisa Murkowski of Alaska, Susan Collins of Maine, Mitt Romney of Utah, Ben Sasse of Nebraska and Patrick Toomey of Pennsylvania. All five had previously said they were open to hearing the impeachment case.

“My review of it has led me to conclude it is constitutional in recognizing impeachment is not solely about removing a president, it is also a matter of political consequence,” said Ms. Murkowski, who has praised the House’s bipartisan impeachment and called Mr. Trump’s actions “unlawful.”

Democrats bluntly rejected Republicans’ argument that the proceeding was unconstitutional.

“The theory that the impeachment of a former official is unconstitutional is flat-out wrong by every frame of analysis,” said Senator Chuck Schumer, democrat of New York and the majority leader, before moving to quash Mr. Paul’s attempt.

The Senate has taken that position in the past. In 1876, as the House was preparing to impeach him on corruption charges, William Belknap, Ulysses S. Grant’s secretary of war, hurried to the White House, where he tendered his resignation in tears just before Congress could act. The House proceeded anyway, and when the case arrived in the Senate, a majority of the body decided that it retained jurisdiction to hear the case, notwithstanding Belknap’s departure from office. (The Senate ultimately acquitted him, however.)

The action on Tuesday unfolded just after the Senate convened as a court of impeachment and senators took an oath, dating to the 18th century, to administer “impartial justice.” Senator Patrick J. Leahy, Democrat of Vermont and the president pro tempore, was sworn in to preside over the proceeding and the Senate formally summoned Mr. Trump to answer the House’s charge.

Senators then put the trial on pause for two weeks, agreeing to delay any further debate until Feb. 9. The pause will allow President Biden time to win confirmation of members of his administration and give Mr. Trump’s still-forming legal team a chance to prepare his defense.

Gorillas at Zoo in San Diego Test Positive for Coronavirus

Ranking Every Game In The Super Mario Series

Cayman Islands sea turtles back from the brink