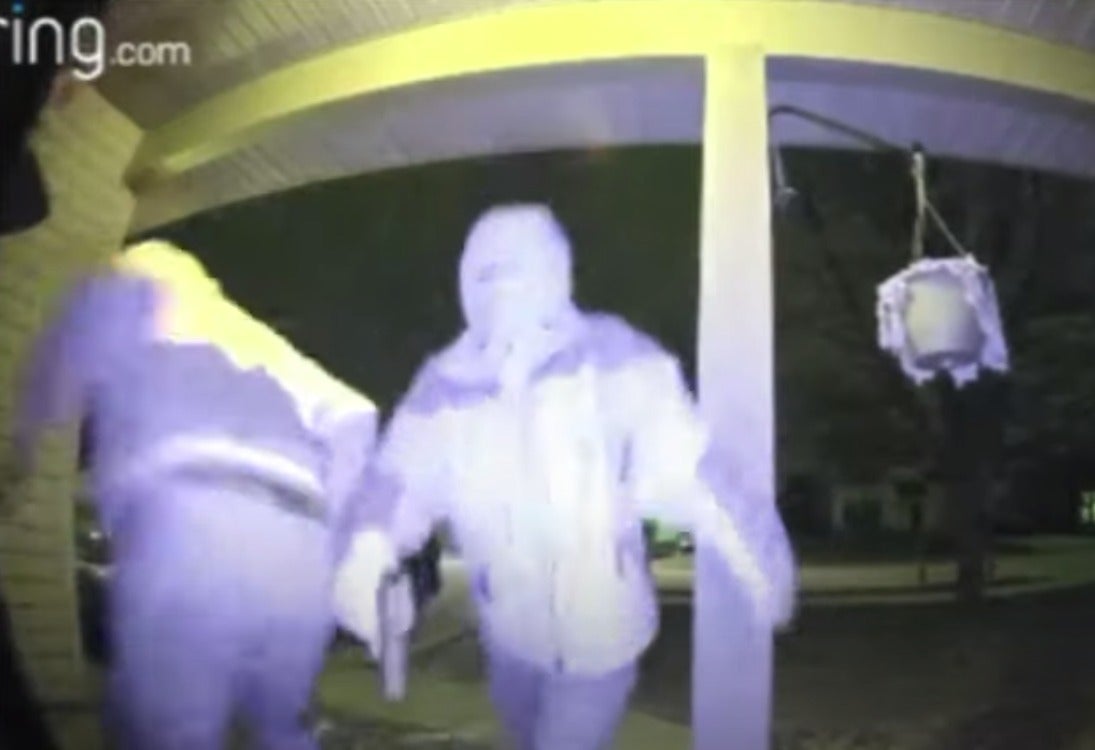 A robber accidentally shot himself in the leg as he tried to break into a house.

The bungling thief was struck by a bullet from his own gun, which he had stuffed in his pocket, as he and an accomplice were caught on camera appearing to try to kick down a door in Fort Wayne, Indiana.

“There was actually a shell on the ground outside of my house from when he shot himself in the leg, so they went ahead and did their crime scene investigation, took pictures of footprints and the shell, whatnot. And they checked the neighbourhood to make sure they weren’t still around,” homeowner Trey Thomas told ABC21.

Police were alerted 30-minutes later that a man had walked into a nearby hospital with a gunshot wound to his leg and made an arrest.

Police say that Cook told them he went to the house looking for “money, weed and valuable stuff”.

Authorities say he has a previous conviction for carrying a handgun without a licence and that the second suspect remains at large.

Loon: Google’s balloon-based internet project has finally been shut down

Guppies have varying levels of self-control