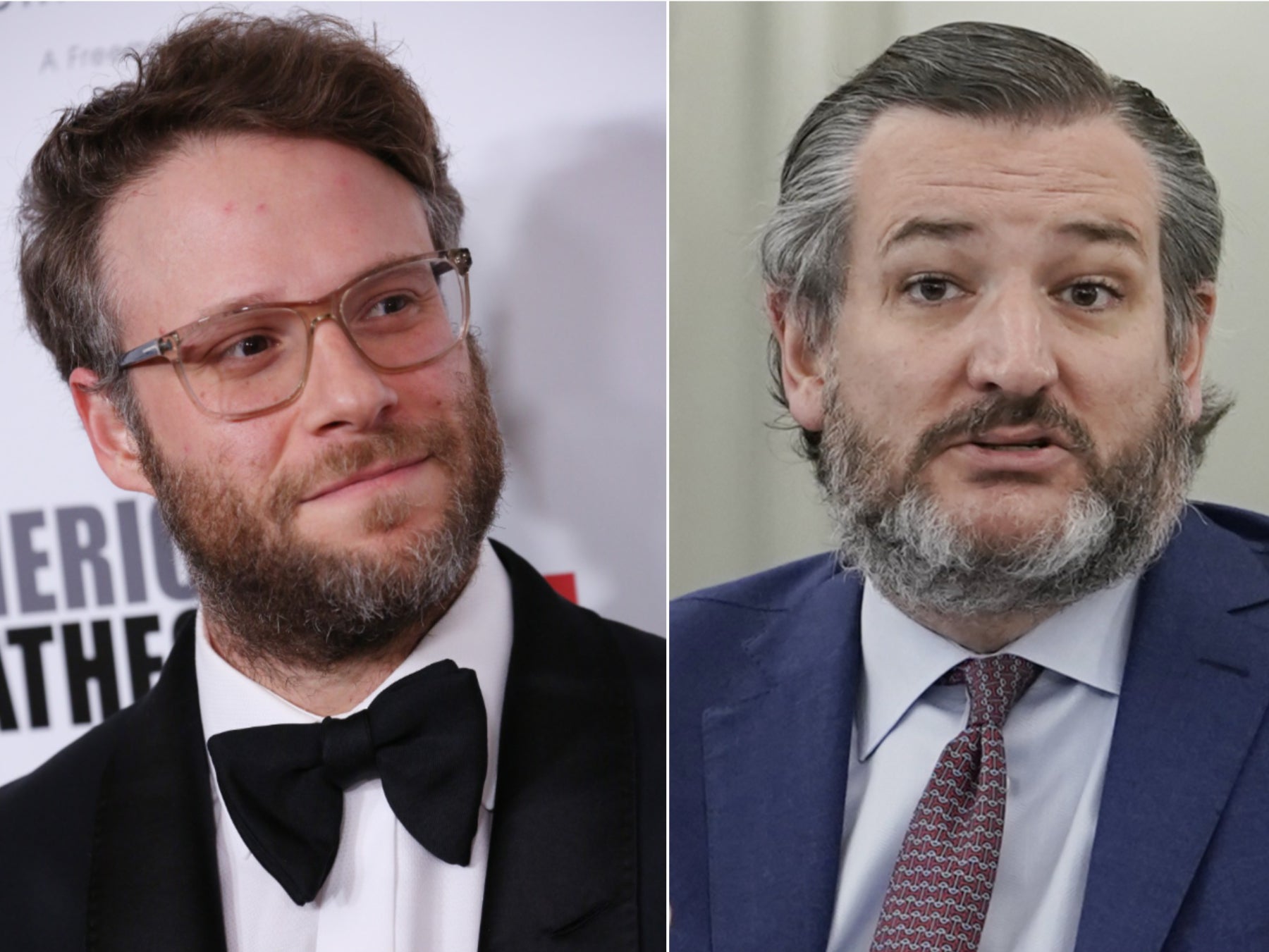 Seth Rogen has said that Ted Cruz “deserves ridicule” amid calls for an investigation into the Republican senator over comments he made before the deadly Capitol Hill riots.

Cruz, meanwhile, has branded Rogen a “moron” and “an angry Hollywood celebrity”.

The row appears to have been sparked by a comment Cruz made on 21 January, when he claimed that new US president Joe Biden re-joining the Paris Climate Agreement would “harm the livelihoods of Americans”.

Cruz did not provide any evidence to support this claim.

The best in film, music TV & radio straight to your inbox every week

The best in film, music TV & radio straight to your inbox every week

He added: “If you’re a rich, angry Hollywood celebrity, today’s Dems are the party for you. If you’re blue-collar, if you’re a union member, if you work in energy or manufacturing… not so much.”

Since then, Rogen and Cruz have been regularly swapping insults and criticisms.

Last week, seven Democratic senators filed a formal complaint urging the Senate Ethics Committee to investigate Cruz and fellow GOP senator Josh Hawley, over their efforts to overturn the results of the US presidential election.

Though unable to provide any evidence to support Trump’s assertion that the election was rigged, Cruz was among more than a dozen Republican senators and 150 members of the House planning to vote against Biden’s confirmation in a joint session of Congress on 6 January.

“Senators Ted Cruz and Josh Hawley lent legitimacy to President [Donald] Trump’s false statements about election fraud by announcing that they would object to the certification of electors on 6 January,” the seven senators wrote.

Cruz denounced the violence that left five people dead during the riots, among them a Capitol Hill police officer. However, he has been widely condemned for seeking to stop the democratic transfer of power from Trump to Biden.

Over the weekend, Democrat Beto O’Rourke – who lost to Cruz in his 2018 campaign for US Senate – questioned why Cruz kept responding to Rogen’s jibes, claiming it was an attempt to distract from the prospect of an investigation.

“Why does he keep this fight going with Seth Rogen even though he’s getting destroyed at every turn? Because he’s guilty of sedition,” O’Rourke tweeted.

“He’s hoping distraction and time diminish the urgency of accountability. Don’t let him change the channel or the subject, it is sedition every time.”

Rogen has rejected media labelling of his row with Cruz as a “feud”, tweeting on Sunday 24 January: “This isn’t a Twitter ‘feud.’ @tedcruz tried to overthrow our government. He inspired a deadly mob to storm the Capitol. And I think that deserves ridicule. So f*** him.”

World is hungry for U.S. leadership, Blinken says on first day as secretary of State

‘New Car Smell’ Is The Scent of Carcinogens, And Even Short Trips May Overexpose Us

Myanmar protests continue a day after more than 100 killed