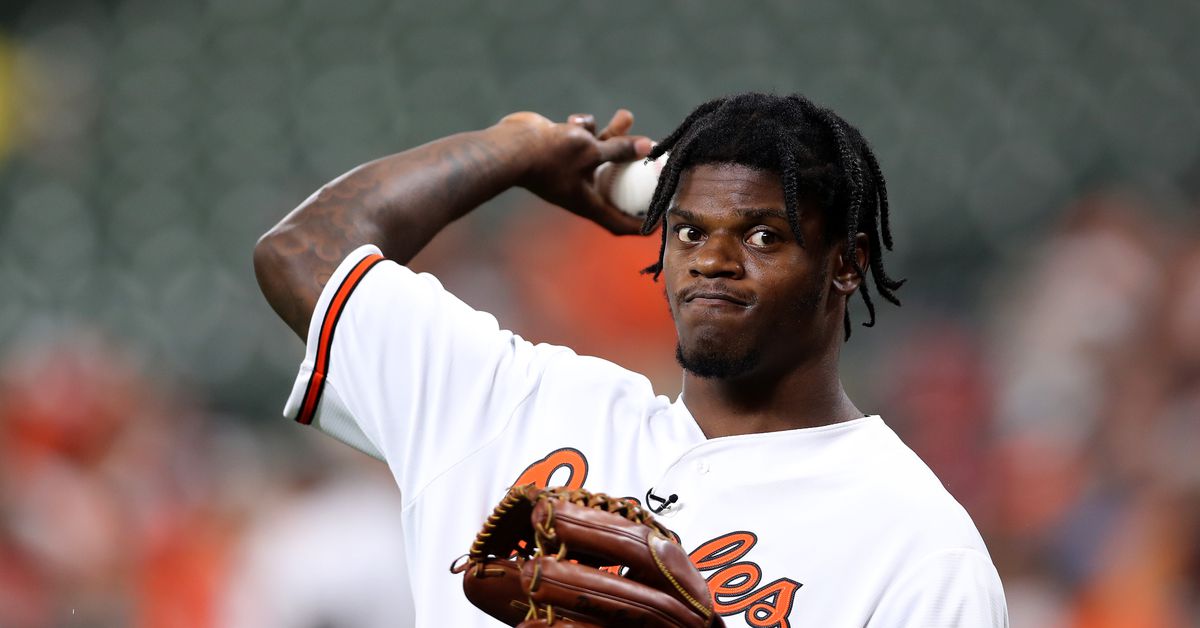 There are now 82 days remaining until the next scheduled Orioles game, which is Opening Day. It’s a mere month and six days to go until pitchers and catchers report to Sarasota, or at least that’s the current plan, and nothing has happened yet to derail that plan.

Since the regular season ended, there have not been many days where the Orioles were making headlines. There’s no reason to think that is going to change today, and even if it did, it would have to be one heck of a headline to jump to the forefront of the Baltimore sports landscape, what with the Ravens playing a postseason game this afternoon. If the Orioles come along with a minor league signing during that game, not many people will notice right away.

Or at least, that’s the interest for the northern half of Birdland. Many in or from the DC area who have remained loyal to the Orioles are also fans of the Washington Football Team, especially those whose football loyalties were formed before the Ravens even existed. In contrast to the Ravens, the Football Team actually got a home playoff game last night, though WFT had a losing record in the regular season.

Ravens fans have to hope that playing on the road isn’t their only contrast. The Football Team lost last night to a Buccaneers team headed by longtime Birdland nemesis Tom Brady. It would be nice if at least one of the football teams around here can entertain fans for a little while longer before all attention turns towards spring training.

International amateurs can get there sooner and with great impact (Steve Melewski)
Melewski notes that 30 out of the most recent top 100 prospects in Baseball America were signed as international amateurs. Good reason to get into that market! Just don’t expect the Orioles to find someone who is as good, as young, as Juan Soto or Ronald Acuna Jr. right away.

One possible 2021 breakout prospect for each team (MLB.com)
You’re running out of time to get on board the Gunnar Henderson hype train before you can still say you liked him before he was well known. Or at least we can hope he’s about to be well known.

Mickey Jannis thinks he can be the next Orioles knuckleballer (Baltimore Baseball)
I wish him the best, because it’d be fun to have a moderately successful knuckler on the Orioles. If you have never heard of Mickey Jannis before right now, that’s OK.

Sulser on working with Holmes and Holt (School of Roch)
There has been a lot more talking about Cole Sulser this offseason than I was expecting.

Today in 1991, the Orioles made the Glenn Davis trade. It did not take very long to realize this was not a good trade.

In 2012, the Orioles made a much better move, signing Wei-Yin Chen.

There are a couple of former Orioles who were born on this day. They are: 2016 one-game pitcher Ariel Miranda, and 2001-05 pitcher Rick Bauer.

On this day in history…

In 1812, the first Ohio or Mississippi River steamboat arrived in New Orleans. The boat had been journeying from Pittsburgh for 82 days.

In 1920, the conflict we know today as World War I came to an official end as the Treaty of Versailles took effect.

And that’s the way it is in Birdland on January 10. Have a safe Sunday.

Sanders says Trump is racist, sexist and a pathological liar – but isn’t sure he should be banned from Twitter