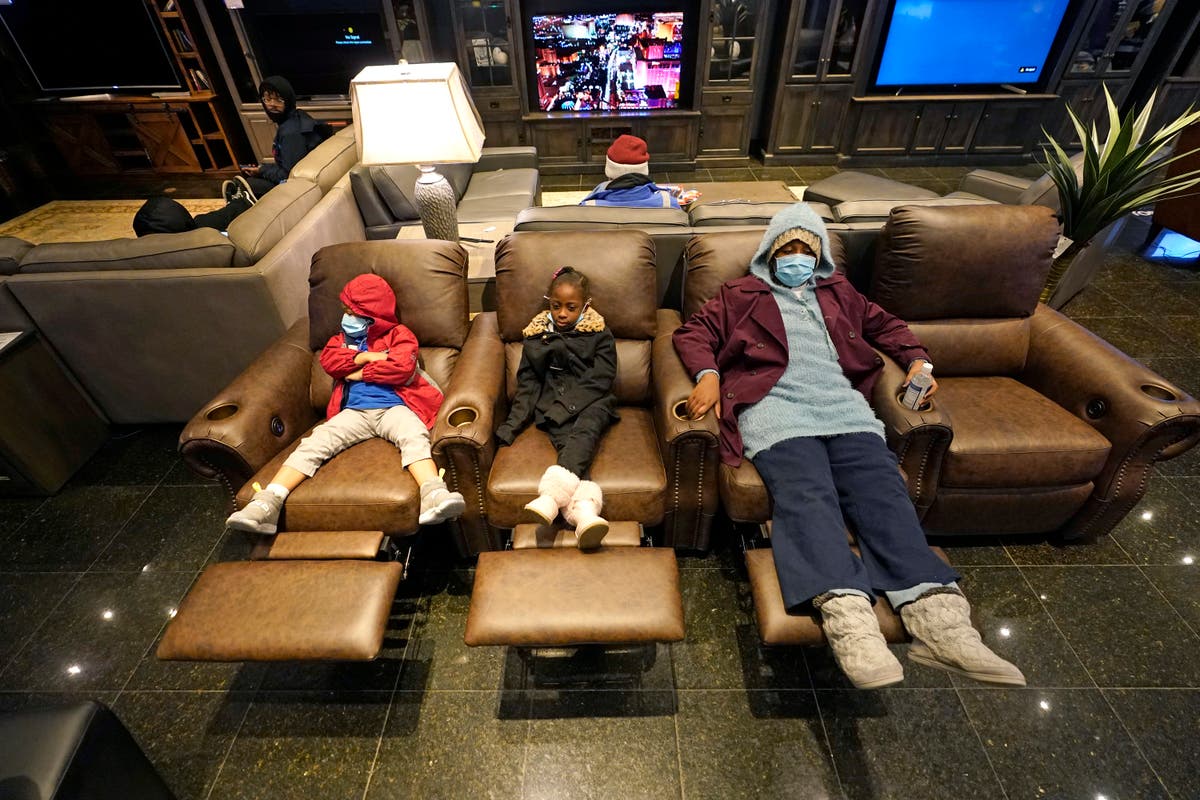 Texans hunkered down in furniture stores on the third day of hardship caused by Winter Storm Uri, with state utility officials offering little hope for reprieve from the widespread power outages.

ABC13 reported that Jim “Mattress Mack” McIngvale opened two Gallery Furniture locations to Texans who had lost power and needed a place to charge their phones and escape the cold.

“The cold is bitter, so we’re opening up the doors to Houstonians,” Mr McIngvale said.

The store owner said that he opened up the locations because it was a direct and practical way to help those in his immediate community.

Mr McIngvale also used his business as a shelter when Hurricane Harvey tore across Texas in 2017.

Though another winter storm is poised to move through the region on Wednesday, Texas utility officials still have few answers for residents waiting for their water and power to return.

Electric Reliability Council of Texas, the company that oversees the state’s electric grid, has not been able to offer specific time frames for utility restoration.

There have been at least 17 deaths tied to the storm since it began.

“The honest answer is we are constantly bringing on new supply, new generation, that is fixing problems that are caused by the storm, or otherwise, and as we manage that we are able to serve more demand,” Bill Magness, ERCOT’s CEO, said. “Now, that doesn’t give me the ability to tell you honestly that it’s going to be ‘X’ number of people on a certain date. We think that if the trends we’re seeing today continue we should be able to restore, or ask Oncor and the other utilities to restore, most customers, hopefully in larger numbers.”

ERCOT has had to rely on rolling power outages to keep the grid from collapsing and hurtling the state into perpetual blackouts.

“A blackout is not under control. A blackout means rebuilding large parts of an electric system. A blackout means your power is out for an indefinite, undetermined period of time,” Mr Magness said. “As catastrophic as this feels, these are controlled outages and we can turn things back on. What we’ve done by implementing these outages is to avoid that catastrophic risk.”

Despite Mr Magness’s attempts at damage control, Ercot has become the focus of much criticism tied to the catastrophe in Texas.

Ed Hirs, an energy fellow at the University of Houston, told the Associated Press that Ercot could not have anticipated or prepared for a storm event like Winter Storm Uri.

“That’s nonsense. It’s not acceptable,” Mr Hirs said. “Every eight to 10 years we have really bad winters. This is not a surprise.”

On Tuesday, nearly 3 million Ercot customers across the state were still without power. Temperatures dropped to single digits overnight.

Ercot said that electricity had been restored to 600,000 homes and businesses by Tuesday night, leaving 2.7m still without power.

The state’s governor, Republican Greg Abbott, has called for an investigation into Ercot, calling its performance under the stress of the storm “unacceptable.”

Some who stormed the Capitol insist, ‘What I did was journalism’