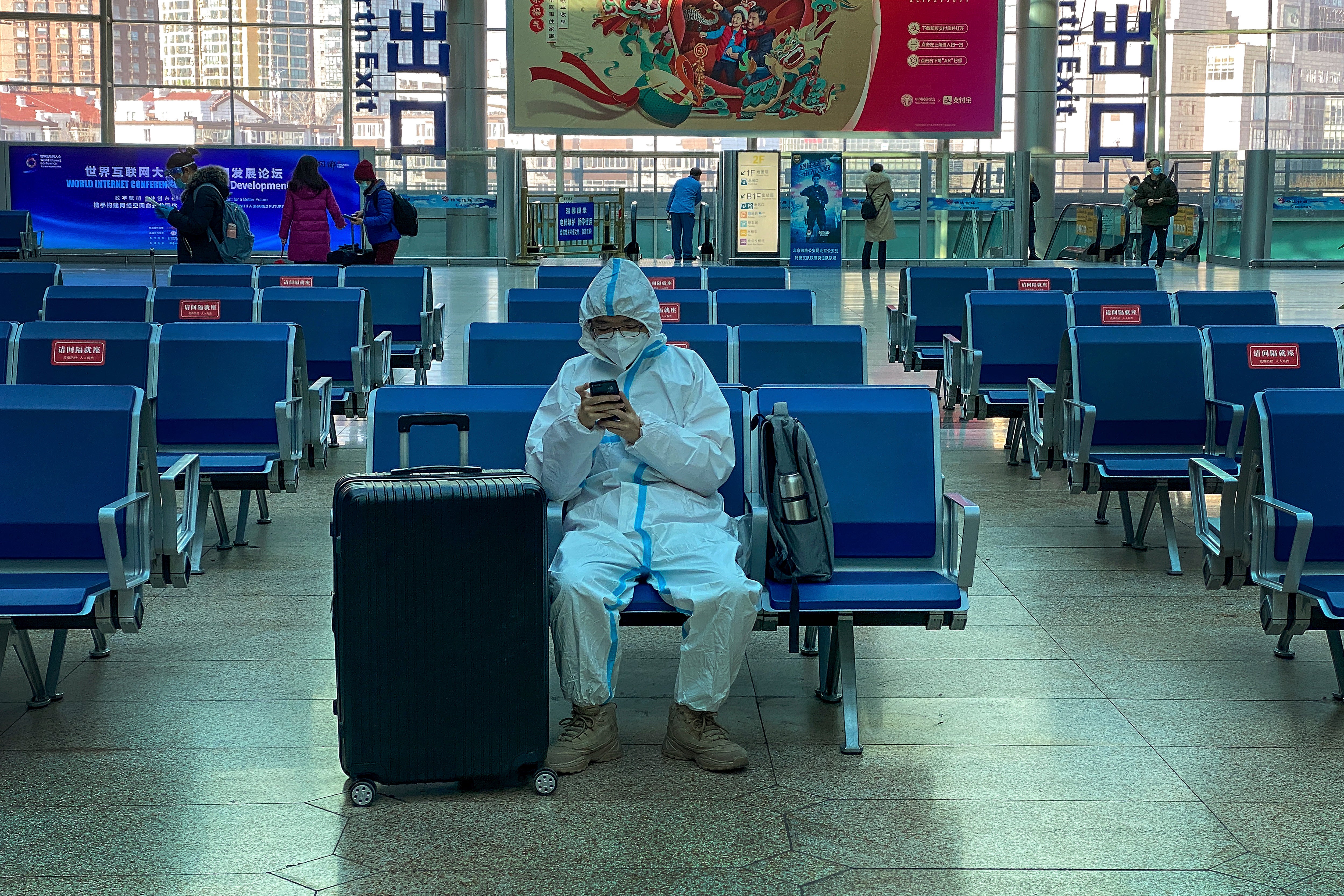 Seventy-two of the cases came from an electronic company in Hai Duong province, where a 34-year-old female employee tested positive after her colleague was found to carry the virus from Osaka, Japan, several days earlier, the Health Ministry said.

It said the woman who was tested in Japan carried the U.K. variant, which could spread faster.

The company with over 2,200 workers was closed for disinfection and the provincial authority locked down surrounding communities to curb the outbreak.

The ministry said over 3,000 people in the area will be tested.

Meanwhile, in neighboring Quang Ninh province, 10 people tested positive after a man working at Van Don International Airport was confirmed to be infected.

There has been no report of connection between the two clusters.

— $1.9 trillion COVID-19 relief package is a test of the strength of Biden’s new administration and Democratic control of Congress

— Scaling up vaccine production is a slow and steady process, so predictions of how much will arrive and when is an educated guess

HERE’S WHAT ELSE IS HAPPENING:

Asad Umar, the minister in charge of Pakistan’s virus response, said frontline health workers will be the initial recipients.

Umar did not say which vaccine will be used, but the announcement comes days after Beijing promised to give Pakistan 500,000 doses of a Chinese vaccine before Jan. 31. It was expected to get the vaccine made by the Chinese firm SinoPharm.

Pakistan is negotiating with different vaccine manufacturers to get enough doses to protect its population.

Pakistan also Thursday reported another 64 deaths from COVID-19, increasing its total fatalities to 11,514 since February. It has reported more than 539,000 cases.

BEIJING — Efforts to dissuade Chinese from traveling for Lunar New Year appeared to be working as Beijing’s main train station was largely quiet and estimates of passenger totals were smaller than in past years.

Thursday started the roughly two-week travel rush ahead of the holiday that falls this year on Feb. 12.

At the Beijing station, only about a third of the security gates were open, ticket windows had no lines and no passengers were camped on the central plaza. Authorities have offered free refunds on plane tickets and extra pay for workers who stay put. People who do travel must have a negative coronavirus test and may still face local quarantines.

Failure to restrict Lunar New Year travel last year was blamed for fueling the spread of the virus, especially since Wuhan, the city where the illness was first detected, is a key travel hub.

WELLINGTON, New Zealand — Travelers returning to New Zealand will face stricter rules at quarantine hotels as health authorities investigate how up to three people got infected with the coronavirus while isolating at Auckland’s Pullman Hotel.

The people were released before testing positive and were potentially contagious, but so far testing has shown no evidence the virus has spread in the community. Health authorities believe they caught the virus from another quarantined traveler. New Zealand has managed to stamp out community transmission of the virus.

COVID-19 Response Minister Chris Hipkins said Thursday that as an interim measure, travelers would need to stay in their hotel rooms for the final days of their 14-day mandatory quarantine, and would also face stricter controls around leaving their rooms at other times.

Meanwhile, Australia has extended its suspension on quarantine-free travel from New Zealand for another three days. Australia is requiring New Zealanders to quarantine for 14 days in hotels upon arrival.

BOGOTA, Colombia — Colombia will ban flights from Brazil effective Friday over concerns of a variant of the coronavirus that is circulating in that country.

Colombia President Ivan Duque on Wednesday announced the 30-day measure. No flights will take off from Colombia to Brazil either.

In addition, anyone who arrived from Brazil to Colombia between Jan. 18 and Wednesday will have to quarantine for 14 days.

The Brazil variant was first identified in four travelers who were tested at an airport outside Tokyo. It contains mutations that may affect its ability to be recognized by antibodies, according to the U.S. Centers for Disease Control and Prevention.

The emergence of variants is linked to ongoing surges since infections give viruses the chance to mutate and spread. It’s another reason experts stress the importance of mask wearing and social distancing.

Colombia has recorded more than 2 million cases and over 52,100 deaths of COVID-19.

The EU has threatened to impose export controls on vaccines produced within its borders, and warned pharmaceutical companies that have developed coronavirus vaccines with EU aid that it must get its shots on schedule. All of Canada’s Pfizer and Moderna vaccines come from Europe.

Canada isn’t getting any deliveries of the Pfizer vaccine made in Europe this week, shipments are set to resume next week.

PSA: How To Use The “Safety Goggles” That Come With The Birthday Suit Collector’s Edition Of Gal*Gun Returns

Audre Lorde: Who is the writer and activist on today’s Google Doodle?