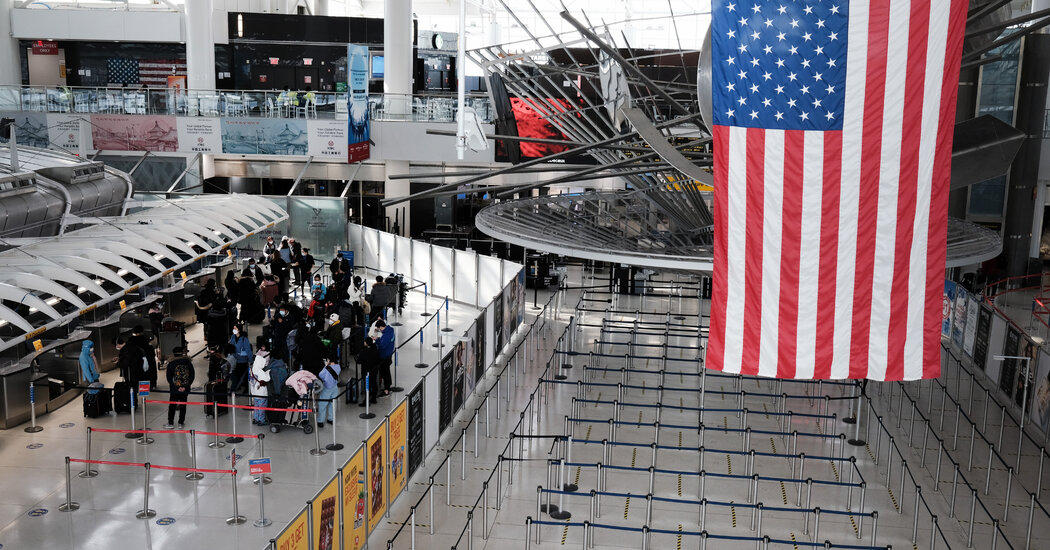 Travel by noncitizens into the United States from South Africa will be banned over concerns about a coronavirus variant spreading in that country. And bans put in place last year on travel from Brazil, 27 European countries and Britain will be extended, the Biden administration announced on Monday.

The move comes as officials in the new administration try to get their hands around a fast-changing pandemic, with public health officials racing to vaccinate the public — and to expand the supply of vaccine — as more contagious variants of the coronavirus spread.

Dr. Anthony S. Fauci, the government’s leading infectious-disease specialist, has said that the variant of the virus in South Africa appears to be more highly contagious.

Moderna said its vaccine is effective against the new variants of the coronavirus that have emerged in Britain and South Africa. But the immune response is slightly weaker against the South African variant, so the company is developing a new form of the vaccine that could be used as a booster shot against that virus.

The new director of the Centers for Disease Control and Prevention, Dr. Rochelle Walensky, has predicted the vaccine supply would not increase until late March. Federal health officials and corporate executives have said it will be impossible to increase the immediate supply of vaccines before April because of a lack of manufacturing capacity. But a third vaccine maker, Johnson & Johnson, is expected to report the results of its clinical trial soon; if approved, that vaccine would also help shore up production.

Mr. Biden’s travel ban will go into effect Saturday and apply to non-U.S. citizens who have spent time in South Africa in the last 14 days. The new policy will not affect U.S. citizens or permanent residents, officials said.

On his last full day in office, President Donald J. Trump tried to eliminate the Covid-19-related ban on travel from Britain, Ireland, 26 countries in Europe and Brazil, saying it was no longer necessary. Jen Psaki, the White House press secretary, said on Monday that the ban would remain in place.

“With the pandemic worsening and more contagious variants spreading, this isn’t the time to be lifting restrictions on international travel,” she said.

The first confirmed case of the Brazilian variant in the United States has been identified in Minnesota, the state’s health department said on Monday. It was found in a Minnesota resident who had recently traveled to Brazil.

The variant now spreading in South Africa appears to have not yet reached the United States. Over two dozen countries have now reported cases of the variant.

In addition to the travel bans, Mr. Biden issued an executive order last week requiring that all international travelers present negative coronavirus tests before traveling to the United States. The move extended a C.D.C. requirement for the tests that was issued by the Trump administration but was set to expire on Tuesday.

‘The Astyanax’ Is Coming To Arcade Archives On The Switch Tomorrow