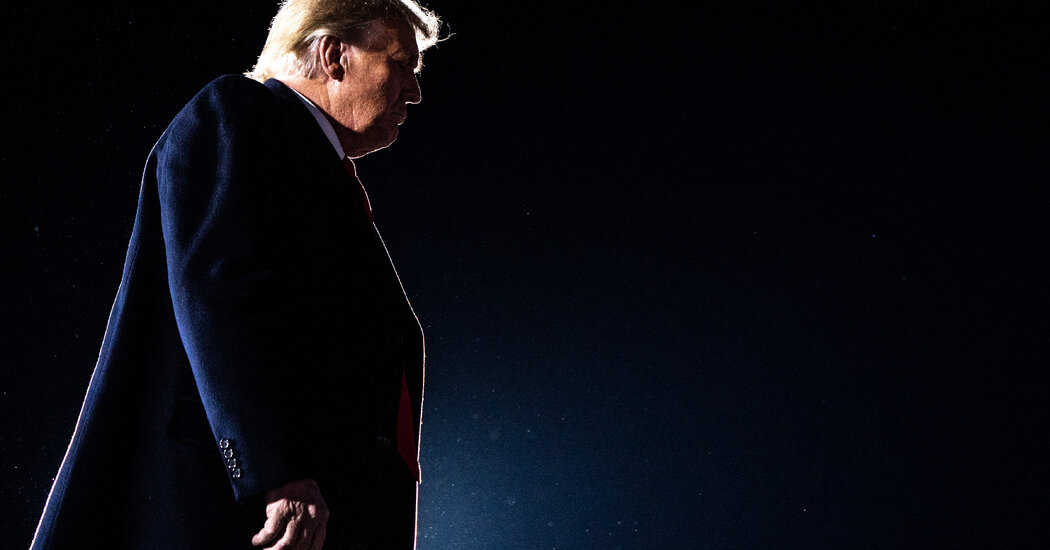 Twitter said on Friday that it had permanently suspended President Trump from its service “due to the risk of further incitement for violence,” effectively cutting him off from his favorite method of communicating with the public and capping a series of actions by mainstream sites to limit his online reach.

In a blog post explaining its decision, Twitter said that Trump supporters had been using the platform to plan additional attacks like the one on the Capitol on Wednesday — including, it said, “a proposed secondary attack on the U.S. Capitol and state capitol buildings on Jan. 17” — and that Mr. Trump’s posts had encouraged his supporters in those plans.

The move came two days after supporters of Mr. Trump stormed the Capitol, leading to at least five deaths. Mr. Trump praised the rioters in multiple tweets, including one saying, “These are the things and events that happen when a sacred landslide election victory is so unceremoniously & viciously stripped away from great patriots who have been badly & unfairly treated for so long.”

Twitter said in its blog post, “After close review of recent Tweets from the @realDonaldTrump account and the context around them — specifically how they are being received and interpreted on and off Twitter — we have permanently suspended the account due to the risk of further incitement of violence.”

It concluded that Mr. Trump’s tweets since Wednesday’s attack were “likely to inspire others to replicate the violent acts that took place on Jan. 6, 2021, and that there are multiple indicators that they are being received and understood as encouragement to do so.”

Mr. Trump tried to evade the ban late Friday by using the @POTUS Twitter account, which belongs to sitting U.S. presidents, to lash out at the company. But his messages were almost immediately removed by Twitter. The company forbids users to try avoiding a suspension with secondary accounts.

Twitter’s move was a forceful repudiation of Mr. Trump, who had used the platform to build his base and spread his messages, which were often filled with falsehoods and threats. Mr. Trump regularly tweeted dozens of times a day, sending flurries of messages in the early morning or late evening. In his posts, he gave his live reactions to television news programs, boosted supporters and attacked his perceived enemies.

In a statement late Friday, Mr. Trump said Twitter was trying to silence him. He said he was negotiating with other sites and promised a “big announcement soon,” adding that he was looking at building “our own platform.”

A day earlier, Facebook had barred Mr. Trump for the rest of his term, and other digital platforms — including Snapchat, YouTube, Twitch and Reddit — also recently limited Mr. Trump on their services.

The actions were a stark illustration of the power of the social media companies and how they could act almost unilaterally when they chose. For years, they had positioned themselves as defenders of free speech and had said the posts of world leaders like Mr. Trump should be allowed because they were newsworthy. The companies had rejected touching his account, even after they were assailed for allowing misinformation and falsehoods to flow.

Mr. Trump himself never expected that to change. When allies raised the possibility of social media companies banning him, he repeatedly replied, “They’ll never ban me.”

Options for Struggling Landlords Whose Tenants Can’t Pay the Rent

New insight into why breastfed babies have improved immune systems