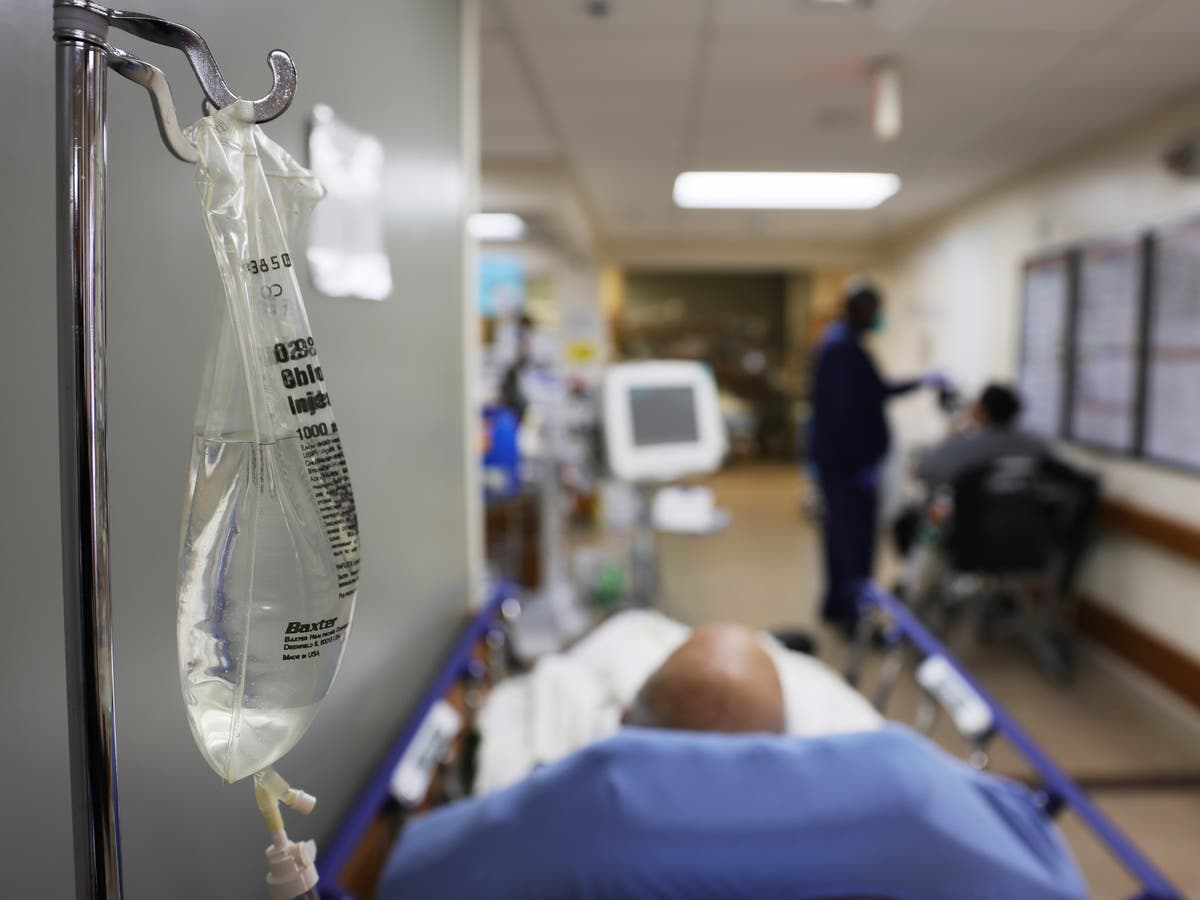 Life expectancy in the US dropped a year among the general population during the first half of 2020 as the pandemic set in.

The figures are preliminary estimates from the Centers for Disease Control and Prevention.

Robert Anderson at the CDC told the Associated Press: “This is a huge decline. You have to go back to World War II, the 1940s, to find a decline like this.”

Health experts say that the numbers are not just of people dying from Covid, but also depict the impact the pandemic has had on society at large with more people dying from other health problems like heart disease, cancer and other illnesses.

Dr Kirsten Bibbins-Domingo at the University of California, San Francisco, said: “What is really quite striking in these numbers is that they only reflect the first half of the year… I would expect that these numbers would only get worse.”

Life expectancy, the number of years someone born today can expect to live on average, was 77.8 years in the first half of 2020, down from 78.8 in 2019. Women live on average more than five years longer than men, with the average life expectancy being 80.5 years for women and 75.1 years for men.

Dr Bibbins-Domingo said: “Black and Hispanic communities throughout the United States have borne the brunt of this pandemic,” adding that “there are stark, pre-existing health disparities in other conditions” within these communities that make it more likely that they will suffer harsh symptoms if infected with Covid-19.

Dr Elizabeth Arias who produced the report for the CDC, said toThe New York Times about the racial disparity: “I knew it was going to be large but when I saw those numbers, I was like, ‘Oh my God'”. About the drop in life expectancy in the population at large, she said: “We haven’t seen a decline of that magnitude in decades.”

Eileen Crimmins, a professor at the University of Southern California, told CNN: “A year of life expectancy lost doesn’t really give you a true sense of how serious this has been. Millions of life years were actually lost.”

Gorillas’ chest beats may reveal how big they are