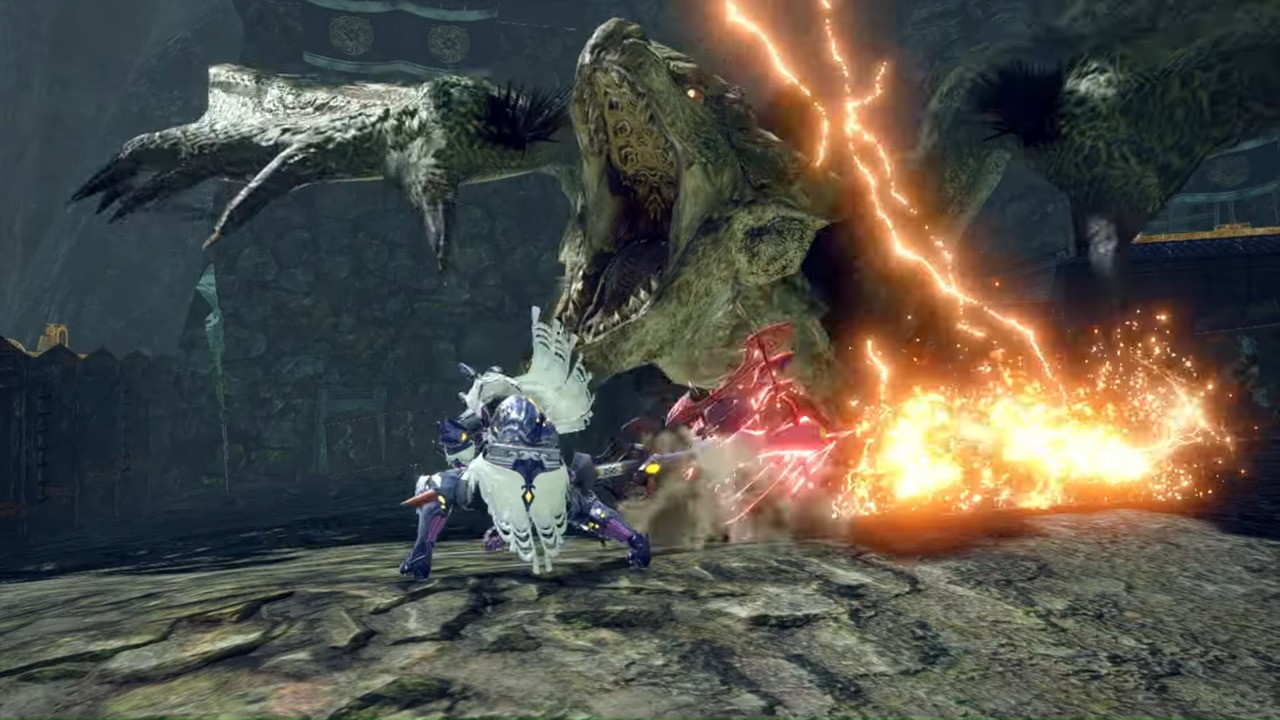 One game shown during the Nintendo Direct that we don’t have to wait long for is Monster Hunter Rise. It’s arriving exclusively on the Switch on 26th March.

It seems Capcom still has a few surprises to share about the game. During today’s broadcast, we got a look at some additional environments, Apex Monsters and the new Rampage story event – where hunters team up to defeat an onslaught of monsters attacking Kamura Village.

“The Rampage is near, and it’s more dangerous than we’ve imagined… Apex Monsters have been sighted in mix! #MHRise​ Prepare for this onslaught by facing Rakna-Kadaki, Volvidon and Basarios in the Lava Caverns, and confronting Almudron and Diablos in the Sandy Plains.”

As you can see in the trailer above, you’ll be receiving a little bit of extra support from some familiar faces.

This brief segment was also used to remind fans that a special Nintendo Switch Monster Hunter Rise Deluxe Edition system (including a digital download code for the game) will be released on the same date. Along with this, there’ll be a Switch Pro Controller – featuring striking art inspired by Magnamalo, the game’s flagship monster.

Will you be picking up Monster Hunter Rise on release? Leave a comment down below.

Return To The Fairway, When Mario Golf: Super Rush Arrives On Switch This June