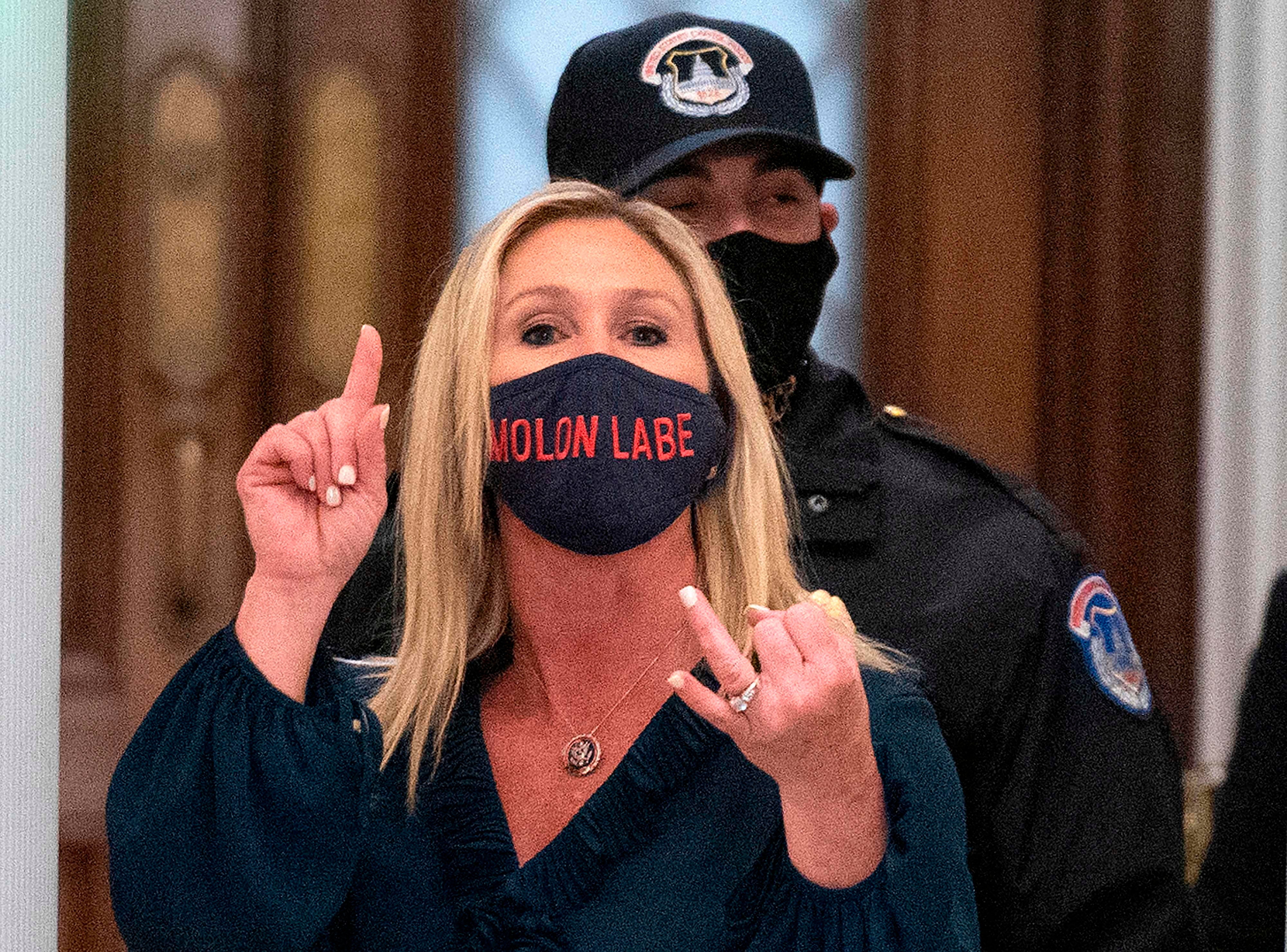 In the video posted to Ms Greene’s YouTube account in January 2020, she can be seen following Mr Hogg down the street in Washington DC asking him to defend his stance supporting “red flag” laws, which permit temporary removal of firearms from a person considered a danger to themselves or others.

“David, why are you supporting the red flag laws? If Scot Peterson the resource officer at Parkland had done his job then Nickolas Cruz wouldn’t have killed anybody in your high school, or at least protected them,” she said in the video.

“And why are you using kids as a barrier? Do you not know how to defend your stance?”

While the timing of the video is unclear, Fred Guttenberg – father to one of the murdered students, Jaime Guttenberg – tweeted that it was weeks after the Parkland shooting.

Mr Hogg has been a vocal gun control activist since the 2018 shooting that killed 17 students of Marjory Stoneman Douglas High School in Parkland.

The newly-circulated video comes as Facebook posts from Ms Greene emerged that appeared to show her endorsing the execution of Democrats. In response to an April 2018 post asking “now do we get to hang them ??” Ms Greene replied: “Stage is being set. Players are being put in place. We must be patient. This must be done perfectly or liberal judges would let them off.”

The White House refused to comment on Ms Greene’s social media posts, with press secretary Jen Psaki saying they had no response and didn’t plan to the future.

“We don’t and I’m not going to speak further about her I think in this briefing room,” Ms Psaki said.

Ms Greene did not immediately respond to The Independent’s request for comment. Mr Hogg, meanwhile, responded on Twitter, saying: “Lmao how embarrassing a sitting congresswoman argues that an 18-year-old is both a more effective lobbyist and communicator than her.

“People like @mtgreenee like most bullies always try to attack and project strength because they are so badly hurting, so unloved and so insecure,” he added.

In the video, neither Mr Hogg nor his companions responded to Ms Greene as she called him a coward for not defending his stance against the second amendment, and demands he reveal the “liberal funding” behind his gun control agenda.

“You know if school zones were protected by security guards with guns, there would be no mass shootings at schools. Did you hear that? The best way to stop a bad guy with a gun is a good guy with a gun. And yet you’re attacking our second amendment.”