Shares of Dell Technologies (NYSE:DELL) rose 39.1% in 2020, according to data provided by S&P Global Market Intelligence. The technology conglomerate, which makes servers for businesses, laptops and desktops for businesses and consumers, and owns almost 81% of enterprise software company VMware (NYSE:VMW), had a surprisingly good year amid COVID. That was due partly to this year’s laptop-buying binge, but also a bit of financial engineering announced over the summer that could unlock tremendous value. 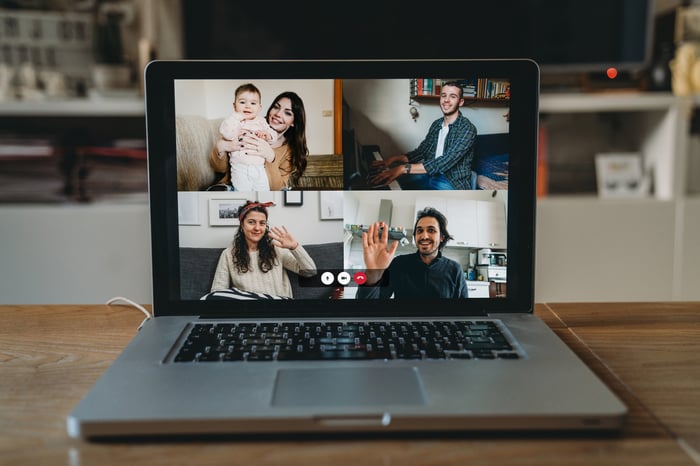 Back in July, Dell announced its intention to eventually spin off its stake in VMware in an effort to unlock value. Incredibly, in the early part of the year, all of Dell was valued below the market value of its stake in VMware alone, some of which is publicly traded, as software stocks surged and more cyclical hardware stocks fell immediately following the pandemic.

Dell’s spinoff won’t happen until September of 2021, when such a move would become tax-free for shareholders, as it will have been five years since Dell acquired VMware via its acquisition of EMC. Currently, Dell’s 80.4% stake in VMware is worth about $48.2 billion, and today, Dell’s market cap is about $57.6 billion.

That means the “rest of” Dell is really trading for about $9.4 billion. For context, Dell’s non-VMware businesses have already made $4.8 billion in operating profit through the first nine months of the year.

Dell sure looks like one of the rare value stocks in the tech world right now, even after its big 2020 run.

L.A. is primed for disaster, but COVID-19 took it to another level

Biden news – live: President to visit Texas as GOP warned 2024 candidates ‘all have Trump as their last name’

Why some cancer drugs may be ineffective