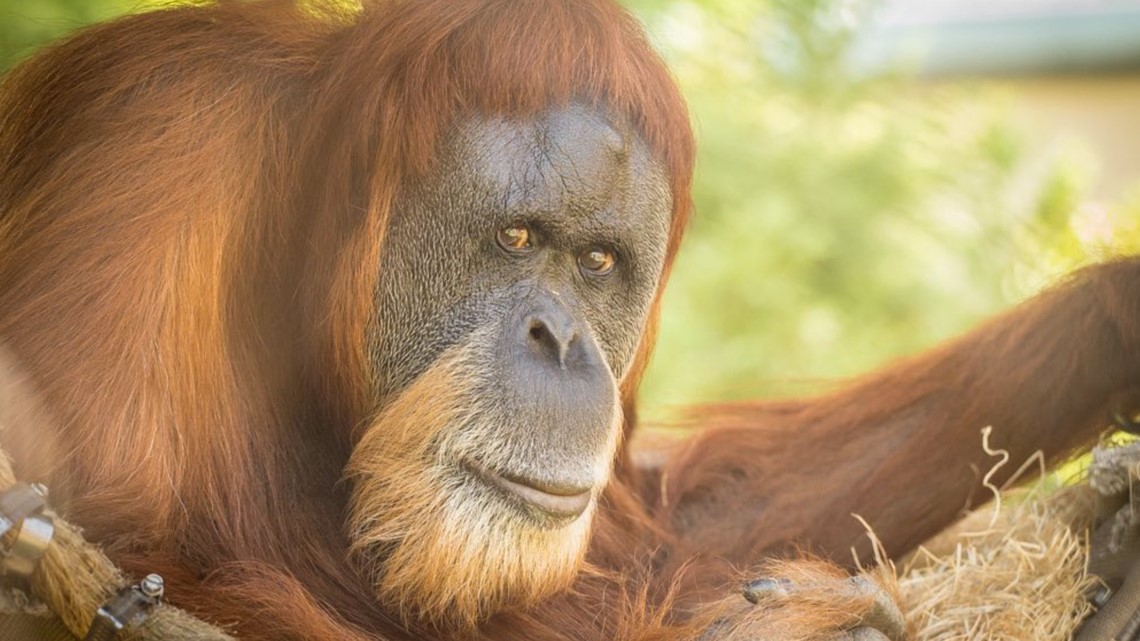 Inji had been a resident of the Oregon Zoo since 1961 and lived well beyond the average age of wild orangutans, the zoo said.

Inji was thought to be the oldest orangutan in the world. In the wild, orangutans seldom live past 40, the zoo said in a press release.

“We knew she couldn’t live forever, but this really hurts, and I know many visitors are grieving along with us,” said Bob Lee, who oversees the zoo’s animal areas. “Inji’s ability to connect with people was incredible. She inspired generations.”

Lee recalled the way Inji would amble over to the windows of her habitat, curious to see what was inside people’s handbags, purses and backpacks.

“Some volunteers, staff and guests would make a point to carry wind-up toys or brightly colored items in their bags just to show Inji,” Lee said, adding that she remained “active and inquisitive” throughout her golden years.

“She seemed to study humans and enjoy watching them, especially children,” he said.

Lee said Inji’s health had been deteriorating the past few weeks. She was moving stiffly, rarely left her nest box and was no longer interested in even her favorite foods.

On Saturday, with the realization that her pain medications were not helping, staff made the difficult decision to humanely euthanize her.

Inji’s actual date of birth is unknown. She was born in the wild around 1960, came to the United States through the wild animal trade, which was legal at the time, and was brought to the zoo by her owner in 1961.

Zoo staff plan to honor Inji at the opening of Primate Forest, the Oregon Zoo’s new habitat for chimpanzees and orangutans. The habitat is scheduled to open this spring.

The habitat is one of eight major projects made possible by a community-supported zoo bond measure passed in 2008.

“We’re thankful that we were able to give Inji a good home, but it’s heartbreaking to think about the circumstances that brought her here,” said Asaba Mukobi, the zoo’s senior primate keeper. “Even though the wild animal trade is illegal now, it still exists. It is considered a major threat to orangutans’ survival, along with human encroachment and habitat loss from palm oil plantations. Orangutans are at the brink of extinction — especially in Sumatra, where Inji came from.”

All three orangutan species are considered critically endangered, with fewer than 800 Tapanuli, 15,000 Sumatran and 55,000 Bornean orangutans believed to remain.

CES 2021: The tech expo swaps Vegas for a virtual show

Essence One and mental health

Infamous Scroll Claims to Be Oldest Copy of Ten Commandments. Is It Fake or Not?