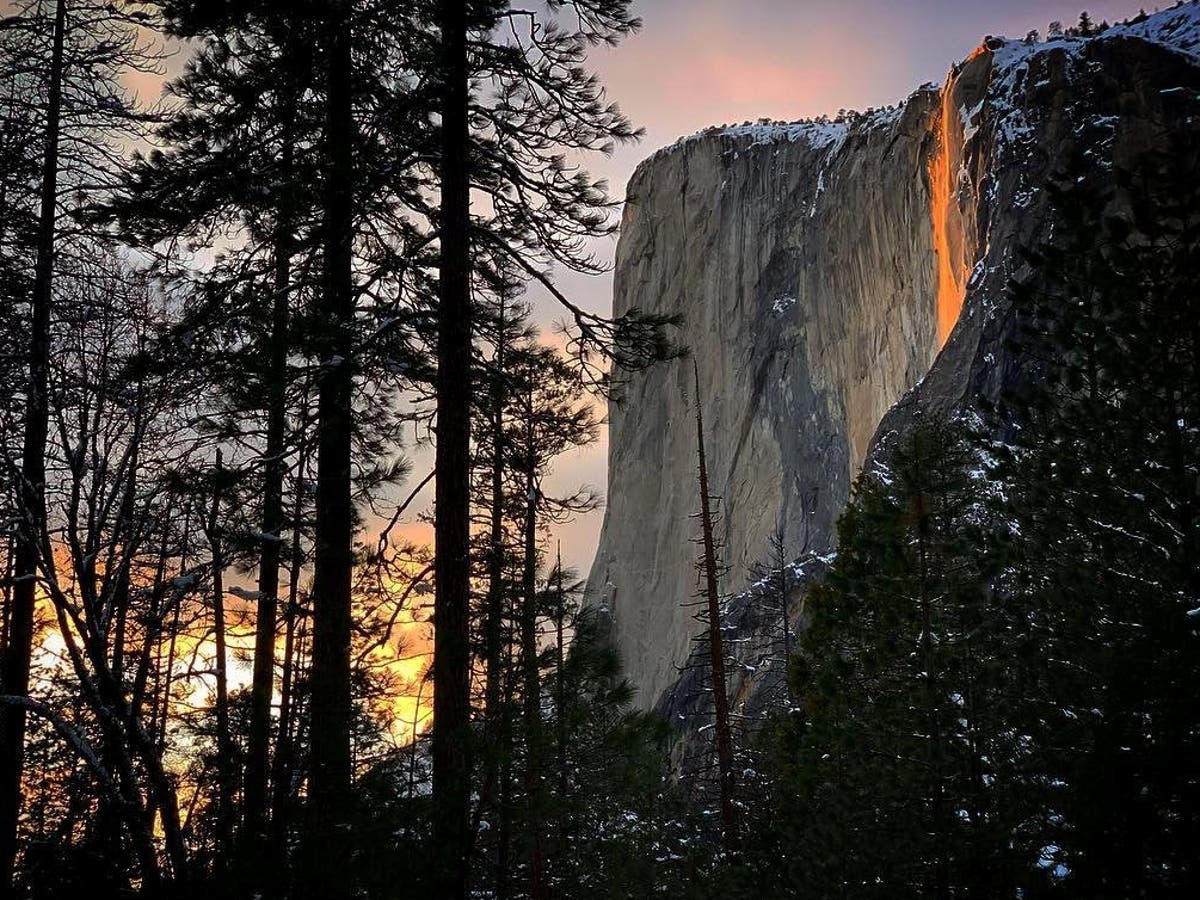 The Yosemite “firefall” has captured the interest of photographers and social media users alike in recent days, as the light show returned to the eastern face of El Capitan, the park’s famous rock formation.

The phenomenon requires very specific weather and light conditions to be seen, and has begun appearing at sunset in the past week. But viewers will have a short window to witness the spectacle, which appears as a stream of light running down El Capitan’s eastern face.

The firefall can be seen for just a few minutes at a time, when a small water stream is backlit by the sun setting behind a cliff face known as Horsetail Fall, at a particular angle.

“This small waterfall usually flows only during winter and is easy to miss,” the Yosemite National Park website reads. “[And] on rare occasions during mid-to-late February, it can glow orange when it’s backlit by sunset.”

“This unique lighting effect happens only on evenings with a clear sky when the waterfall is flowing,” the park adds. “Even some haze or minor cloudiness can greatly diminish or eliminate the effect.”

Thousands of visitors typically descend on Yosemite national park when the visual effect is forecast each February, with as many as 2,200 visitors watching the the 2019 firefall.

That episode saw visitors trample on vegetation around El Capitan, with many leaving rubbish behind them, according to park authorities.

Authorities say this year’s viewing window will last from 12 February to 24 February, with recent storms and rainfall creating perfect visibility for the firefall, if skies remain clear.

Ticket reservations and other Covid-19-related restrictions are in place, to manage crowds amid the pandemic, although one-day passes for Yosemite usually sell-out within minutes, for those hoping to see the firefall.

Park visitors are also asked to park 1.5 miles away from the viewing area surrounding El Capitan, and must trek in each direction to see the phenomenon.

Smartphone app to change your personality

‘Dare them to come at me’: Leaked Zoom shows US teacher angry with kids over push for return to school