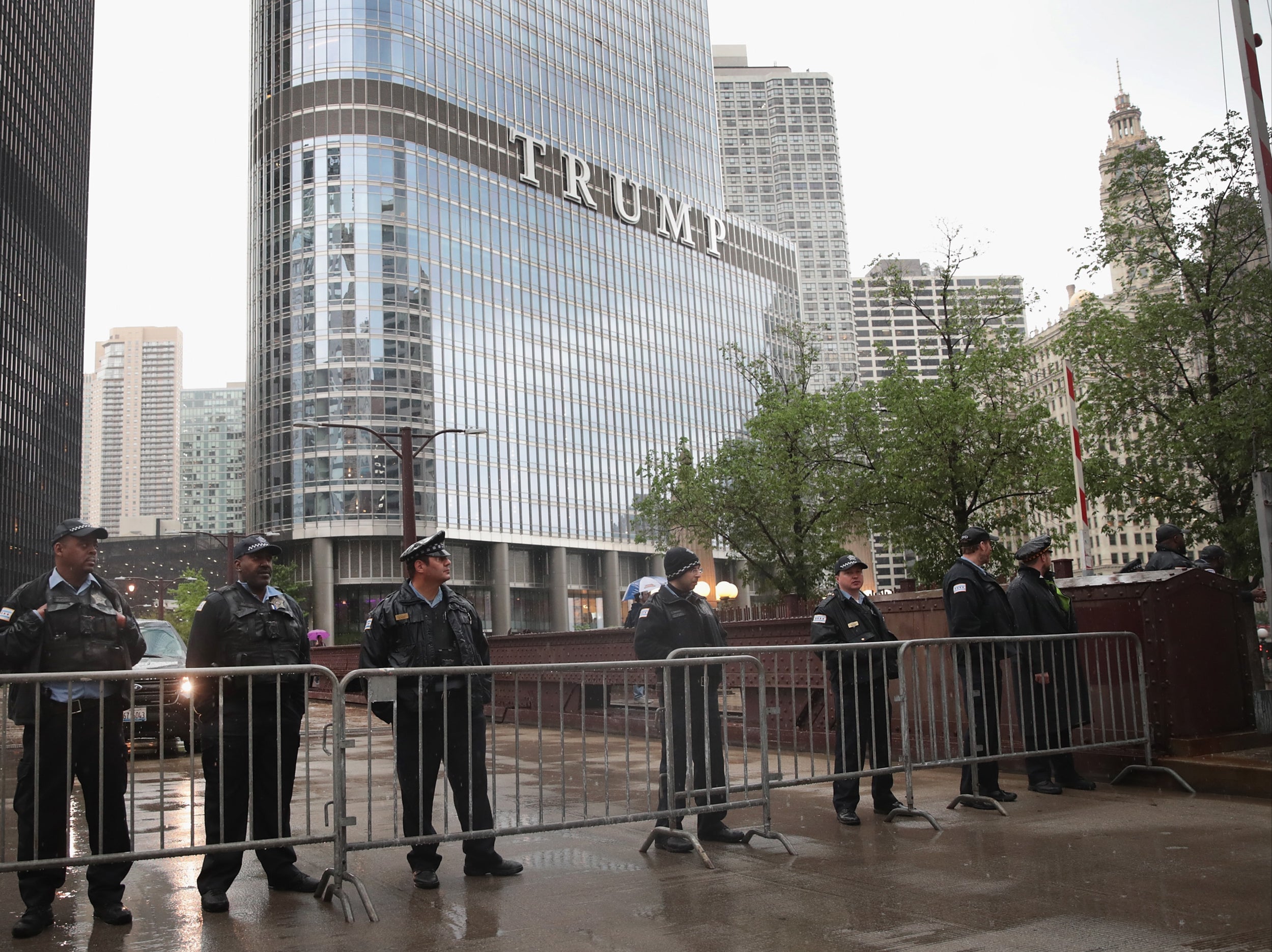 A woman has been arrested after crashing her Honda into a barricade outside the Trump Tower in downtown Chicago. Police scanner audio says that she did it in opposition to President Trump.

The 31-year-old was arrested after the intentional crash and charges are pending. The Chicago PD told Newsweek that she drove around officers to get up onto the sidewalk and crash into a barricade outside the tower at around four in the morning.

Small groups of protesters have gathered outside Trump Tower Chicago in recent days after Trump supporters stormed the US Capitol in Washington, DC.

On Saturday, protesters gathered outside the tower to urge the President to “pack up and go,” CBS Chicago reported.

Chicago Magazine reported in November that Mr Trump owes more than $50 million to a shell company that he himself owns that is affiliated with Trump Tower Chicago.

House Democrats plan to vote to impeach Mr Trump for “incitement of insurrection” on Wednesday after he goaded his supporters to march to the Capitol.

Mr Trump has denied any responsibility for inciting last week’s storming of the US Capitol Building in Washington by supporters protesting his election defeat, insisting that his words to them beforehand were “totally appropriate,” The Independent reported earlier.

Armed protests are planned at all 50 state capitols, according to an FBI memo obtained by ABC News. The FBI has information that a group is calling for the storming of state, local and federal government courthouses and administrative buildings if Mr Trump is removed from office before the inauguration of Joe Biden.

“We are seeing… chatter from these white supremacists, from these far-right extremists – they feel emboldened in this moment,” Jonathan Greenblatt, CEO of the Anti-Defamation League, told CNN.

“We fully expect that this violence could actually get worse before it gets better.”

Americans are being urged not to travel to Washington, DC, and to instead participate virtually by the mayor of Washington, DC and the Presidential Inaugural Committee, The Independent reported earlier.

Future too warm for baby sharks

Meet the cartoonist threatened with jail for offending India’s establishment

Column: When you give the devil a ride, don’t be shocked when the U.S. Capitol is stormed